The Dangers of Light Pollution

A recent report published in the Nature journal exposes the impact of excessive artificial lighting on everything around us, - and it proves to be much more serious a problem than one might think. With every year, the world is becoming “brighter”; the amount of artificially lit areas has increased by 2% between 2012 and 2016, and the luminance level grows by 1.8% each year. The key factor that contributed to this happening was the worldwide introduction of energy efficient and bright LED light sources. ITMO.NEWS spoke with Svetlana Kolgushkina, lecturer at ITMO’s Creative Lighting Department, to find out what light pollution is, and how countries choose to combat it. 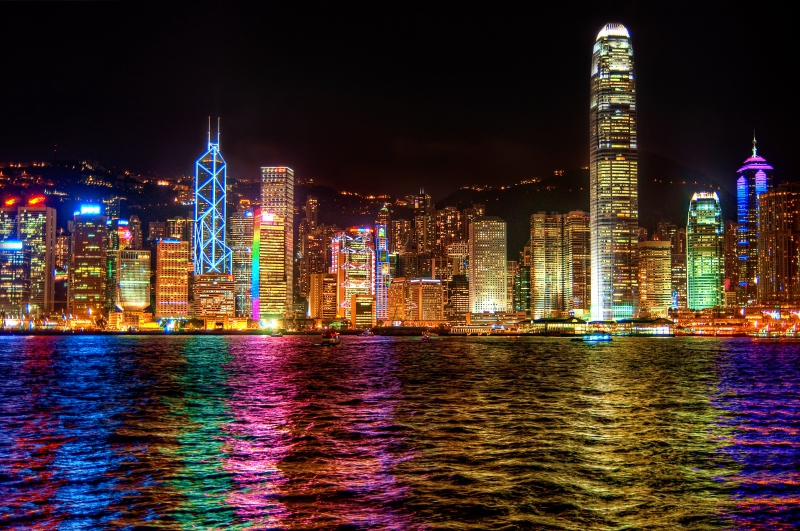 What is light pollution?

In science terms, light pollution is the increase in sky luminance due to the diffusion of light on molecules of water and aerosol particles. Light pollution is associated with artificial lighting only, and does not have any natural causes. Thus, in the field of lighting design there now exists such a term as “unwanted light”.

“When we’re talking about urban lighting, balance is a must. We cannot leave the city in complete darkness, as we need to create the right conditions for safe traffic, so we have to compromise. This is why the term “unwanted light” has been widely accepted in the international practice. To put it simply, this is the light that misses the surface it has to illuminate, i.e. is used irrationally or wasted. Let’s say we have a facade, which has different elements, and our task is to highlight its detailing. If we make mistakes when placing lighting devices, the light will simply go upwards (and contribute to light pollution), so it is important to concentrate it on the target we have in mind. In other words, it is mostly the irrational design that exacerbates the problem,” explains Svetlana Kolgushkina.

Why is it getting worse?

One of the reasons behind the growth of light pollution has to do with the progress in development of lighting devices. What’s more, up until recently lighting design was mostly focused on the task of lighting a larger surface while spending less resources, so many of the commonly used technologies, like devices with a wide beam angle, also contribute to light pollution. Researchers state that the harmful effect from using such equipment is even more notable than the one from directing light straight into the sky.

Due to the rapid development of LED technologies, architectural lighting is now becoming all the more popular in Russia, especially in Moscow. Experts note an incredibly rapid increase in facade lighting in Russia in the last few years. By the way, many developed countries have already started to give up on this trend. In many respects, lighting design now focuses on creation of urban lighting master plans for the city in general, where they decide on priority areas before setting the plans in motion. A good example of a controversial lighting solution is the landscape lighting project for the Sparrow Hills in Moscow. Activists, ecologists and zoologists believe that the using the equipment chosen by the designers in a nature reserve can harm the park’s animal life.

Other countries are already starting to see light pollution as a problematic issue. As opposed to the overall increase in facade lighting in Moscow in 2010-2018, it was already in 2013 that “designing darkness” had become the topic of many discussions and reports at the European  Professional Lighting Design Convention (PLDС) in Copenhagen.

Who keeps track of pollution levels?

There are the recommendations by the International Commission on Illumination (CIE) for the five different types of “lighting zones”. These recommendations account for the quantities of light that is emitted into the so-called upper hemisphere, as well as the acceptable levels of unwanted light entering the zenith. According to Ms. Kolgushkina, Europe treats the issue of light pollution with the most consideration. First of all, European countries are actively conserving resources, and Europeans also often bring up the topics of biodiversity and conservation at various conferences.

“We are also trying to draw attention to this topic, which was first discovered by astronomers. Light pollution issues began to affect the precision of their measurements. Thing is, the celestial bodies observed by astronomers are grouped according to brightness. Therefore, if the background luminance is too high, some can as much as disappear from sight. In St. Petersburg, this is a serious issue, and the city’s light pollution has recently become a hot topic in regards to the operation of the Pulkovo observatory,” comments Ms. Kolgushkina.

The International Dark-Sky Association brings together a vast number of specialists who mostly approach the problem from the astronomers’ point of view. These specialists focus on measurements in the conditions of clear, moonless nights, so that the effects of even natural lighting would be kept to a minimum.

In modern Russia, there are still no agencies that regulate light pollution. Further still, judging by the topics at specialist conferences, we still haven’t woken up to the situation. This begs the question - why haven't we come to the same level of awareness as that in other countries? The problem is that studying the issue of light pollution implies conducting a comprehensive analysis of the city - the existing lighting schemes, the progression of luminance over time and such. This may be the reason why in Russia, this issue is discussed only on a local level.

What are the dangers of light pollution?

If we’re talking animal health issues, this is a question of balance. A human eye is sensitive to a certain spectral band, while animals have a different range of sensitivity. Therefore, artificial lighting has a drastic effect on animals. What is more, we can well say that it harms them greatly (the issue with nocturnal creatures such as owls and bats, for instance). Light pollution even harms songbirds, who cease to sleep at night, shortening their lifespans.

A study conducted in 2017 in Illinois showed that light pollution has an effect on such things as the growth rate of soybeans. Excessive lighting hindered both the plants’ height and maturity for a period of two to seven weeks - and this is not concentrated light we are talking about, but the effect from the lighting of a nearby highway.

Another major problem is the skyglow; though we tend to not notice it, the latest research shows that it may affect about 30% of nocturnal vertebrates and 60% of invertebrates. This issue is yet to be studied in full.

“Excessive lighting affects the biological rhythms of all living organisms, humans included. We no longer have proper day-night cycles, as light is always present around us, which has a negative effect on our biological rhythms. There’s a reason why the International Commission on Illumination introduced the recommendations for different lighting zones. For instance, though the light from sodium lamps commonly used in urban lighting is not really good in terms of lighting quality as we can’t see some colours due to their yellowish glow, it is deemed among the most moderate to animals. So, it is the issue of balance, again,” explains the expert.

In today’s Russia, many specialists from different fields are sounding the alarm, but there is still no common initiative for dealing with this problem. It is worth noting that specialists from the field of lighting design are also concerned with light pollution issues.

“At ITMO’s Creative Lighting Department, we conduct experiments. For example, I studied the sky brightness during the white nights. It turned out that in December, if the sky is completely overcast with clouds, its brightness is higher than during the brightest of white nights. This is a reason for concern. Also, when we conduct conferences on lighting design, we invite representatives of different agencies so as to draw attention to the issues of quality of lighting,” comments Ms. Kolgushkina.

Another problem that results in the increase in unwanted lighting in Russia is the interpretation of standards at design stage, as the standards state the minimum requirements for different properties. Due to that, many specialists decide that “the more, the better”, and thus use excessive lighting. Also, in most of Russia’s architectural lighting designs, LEDs are simply directed upwards at the buildings with no additional luminaire that would concentrate the light beam on its target. That happens because the use of such luminaire calls for additional expenses, and there’s no inspection authority that would check for their existence.

As of today, the incentivized community initiates different experiments that may provide insight into the effect of artificial lighting on the planet’s ecosystem. For instance, one can see the local light measurements on the global map of lighting pollution initiated by the International Astronomical Union. If one points their attention to Russia on this map, one would see that such measurements are made in major cities only, and there are only a few researchers working in this field. Ambitious research projects on the effect of lighting are conducted in Europe; for example, the results of the recent Impact of artificial light on flora and fauna in The Netherlands project will contribute to the effective use of environmentally safe lighting and prevention of night-time lighting in areas inhabited by light-sensitive species.