An international scientific team has developed a new method of probing topological structures and their topological phase transitions. The method is based on examining the reflection spectrum of EM-waves reflecting off an object from different impact angles. The accuracy of the method’s results has been verified experimentally in both IR and microwave spectra. Results were published in Nature Communications. 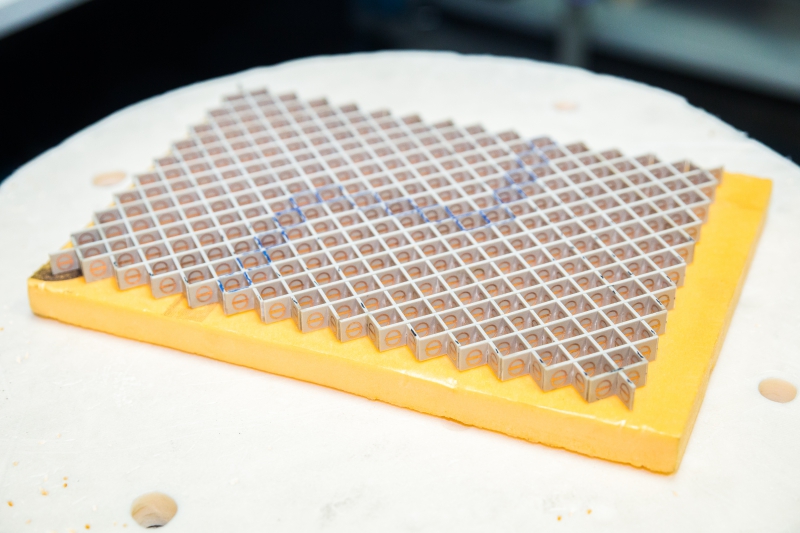 Topology is an area of mathematics that studies the properties of objects that remain unchanged despite the objects’ constant deformation. From a topological point of view, a doughnut and a mug are the same since they both have a hole in the center. Topological invariants lie at the core of many important observable properties of matter. They are incorporated in the creation of new, unusual materials, which are used, for example, to control light propagation in optical systems.

To detect topologically non-trivial structures, scientists usually scan the propagation of an object’s near-field. In other words, they monitor an object’s emissions at a distance much smaller than a wavelength. The resulting near-field map lets them draw conclusions about the topology of the object’s photonic bands. For instance, it is possible to determine if the object contains any topological edge states, and to what degree they are protected from scattering in areas with defects or non-uniformity.

Scientists from ITMO University together with their colleagues from the City University of New York have proposed a new method of topological analysis based on spectroscopy of an object’s far-field.

“We posed the question: do the topological properties of a system affect how it disperses light at long distances? – explains Maxim Gorlach, research fellow at ITMO’s Metamaterials Laboratory, – To answer it, our colleagues, led by Alexander Khanikaev, developed and manufactured two two-dimensional structures using silicon cylinders of slightly different geometric parameters. One was trivial, and the other topological”.

Making such structures isn’t easy, say the scientists. For that, they need to use the latest nanofabrication methods. Having analyzed the resulting samples’ spectra, they developed a theoretical model depicting the results of the analysis. It allowed them to determine the structure’s topological invariant. This model later became the basis for the far-field spectroscopy method.

“At some point, our reviewers expressed interest in whether we can confirm that the results we got through far-field analysis are in line with the standard technique of near-field analysis. To do that, we conducted a microwave experiment. We created a metasurface of two parts: one topologically trivial and one non-trivial. Our goal was to observe the topological state localized on the border of these two parts. In the end, we managed to produce an all-dielectric metasurface which contains topologically-protected states in the microwave band. At the same time, the polarization of the edge state turned out to be unequivocally connected to the direction of its propagation. The experiment confirmed the accuracy of our model, and the article was accepted”, - adds Dmitry Zhirihin, PhD student at ITMO’s Faculty of Physics and Engineering.

The new method’s advantage is that it lets researchers study the topology of objects from a distance.

“We no longer need to examine the propagation field right on the surface of the structure. We can now detect unusual topological states in materials from afar. In addition, as we developed the method, we proved that while energy loss can occur in topological structures, topological edge states still persist, – notes Maxim Gorlach. – We are now planning to use the new method to study three-dimensional topological insulators and we’re expecting some new and exciting results”.

Earlier on, topological states were only suggested for use in secure signal transmission. But now, explain the scientists, the range of applications is becoming much wider

“It is known that nanofabrication methods are limited in precision due to various technological reasons – and photonic nanostructures are guaranteed to contain defects. This leads to loss of efficiency and accuracy of the devices produced with these methods. For example, any biosensor made using nanofabrication methods will be limited in the accuracy of its measurements, all due to the defects. Using topological states in the construction of these detectors, we can increase their sensitivity and precision – even despite the presence of structural defects,” – says professor Alexander Khanikaev.