The Sirius Art & Science Park in Sochi has recently hosted a four-day Conference School on Photonics, Radio Physics and Nanotechnologies. More than 60 students from Russian universities attended lectures and workshops, competed in a hackathon, and visited their first “real” science conference, METANANO-2018, which brought together more than 300 experts in the field of nanophotonics and metamaterials from all over the world. Speaking to ITMO.NEWS, the students shared the details of their research and gave their answers to the question of why fundamental science is relevant today and why conferences matter. 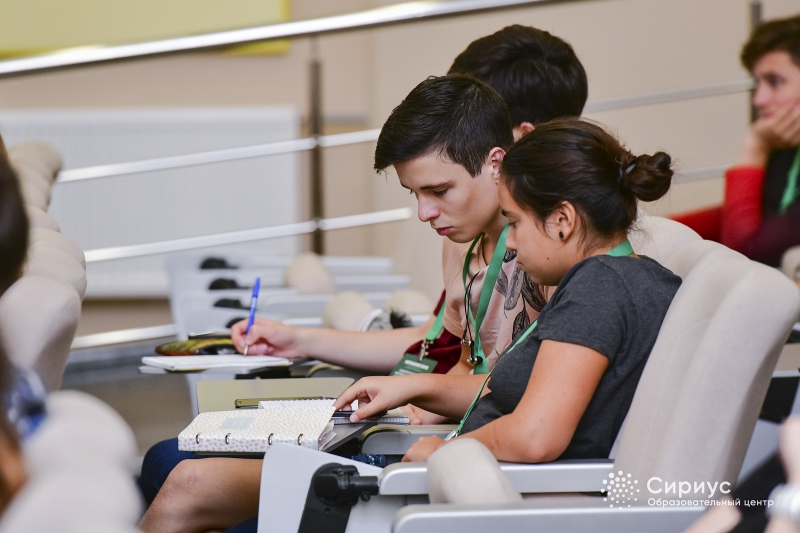 The Conference School was organized by ITMO University and the "Talent and Success" Foundation. The participants were 66 students of Russian universities enrolled in programs in the fields of physics, chemistry, engineering, optics, radio physics, new materials, and nanotechnologies. Over the course of four days, from September 15 to 18, they learned about the latest scientific achievements by attending lectures, seminars, and workshops. Among the Conference School’s main topics were metamaterials, modern two-dimensional materials, plasmonics, nanotechnology, biophotonics, topological photonics, new optical materials, wireless energy transfer, and MRI imaging.

In addition to lectures and workshops, the students took part in a hackathon, working on a commercialization plan for a technological product. Participants had to solve four tasks, two focused on perovskites: they had to decide which areas of industry are best suited for the material, and also develop a new method for application of perovskites over large areas. Two other tasks dealt with biology and biomedicine. Alexey Slobozhanyuk, a research fellow at ITMO’s Faculty of Physics and Engineering, headed the hackathon and also gave a lecture titled “From Fundamental Research of New Materials to Innovative Technologies and Forming Startups.”

The School’s participants also had the chance to participate in their first “real” science conference, METANANO-2018, which took place in Sochi at the Sirius educational center. Students listened to reports from more than 300 scientists representing the leading research centers of Russia, Europe, Australia, and Southeast Asia.

“In the first two days, the students attended lectures given by top researchers and heads of various departments of the Faculty of Physics and Engineering. The lectures were simple and introductory, so as to give the audience a broad understanding of the key current research in nanophotonics and metamaterials. This was, in essence, preliminary work to prepare the students for the two days in which they would attend sessions of the METANANO conference, where scientific reports were presented in professional, academic English,” says Mikhail Mukhin, a lecturer at the School and staff member of ITMO’s Faculty of Physics and Engineering, “This format has proven successful, and we are currently in talks with staff of Sirius to organize similar events in the future.”

The Conference School was open for students and those who are already beginning a career in research. In conversation with ITMO.NEWS, the young researchers shared their interests, research, and reasons to do science.

I’m currently involved in optical research of living cells, namely red blood cells. My work primarily involves the optical trap, a popular device used today to study small objects. I study how the cells interact with each other and react to the optical trap.

I enjoyed the lectures by the staff of ITMO’s Faculty of Physics and Engineering. They are all young scientists and they spoke about relevant, current-day topics. University programs tend to be long-established, and thus provide you with overall knowledge, but little understanding of contemporary science.

The hackathon was another valuable experience. I hadn’t participated in events of that kind before, but I liked how we had to come up with a whole bunch of ideas in a short time, and then pick the best.

What got me interested in the school is that electronics and nanoelectronics were among the topics, and although I didn’t know at what level these fields are developed at ITMO, I decided to take part. I can say that my expectations have been met.

I also didn’t know that METANANO would be taking place at the same time. I’ve been able to meet a lot of international scientists, learn about the goings-on of modern science and practice my English. It was tough at first, but by the second day, I could understand the lectures and reports well. And, of course, getting to hear a lecture from a Nobel laureate is a highly valuable experience.

In the future, I’d like to work with neuromorphic electronics and memristors. There’s a wide variety of practical applications for these technologies. For one, they are needed in order to develop a powerful artificial intelligence.

I’ve just begun my research on superconductivity. There aren’t many researchers in St. Petersburg who work in that field, but I’ve managed to find a supervisor at the Ioffe Institute.

I wasn’t sure if I should take part in the Conference School, because I wasn’t sure if it’s relevant to my interests, but my supervisor told me that any experience is a useful one. Even though I’m in a different field of study, I met people here whose scientific interests are close to mine. Another thing is that I used to think that science in Russia isn’t well-funded enough. But being here has convinced me otherwise, and I’ve learned about the work of some great laboratories.

I like theoretical science; I’d like to work on finding materials that would be superconductive at room temperature. It’s fundamental research, but superconductivity is useful to many other fields of science and technology, including quantum computing, which is something I’m also interested in.

We learn about the basics of mathematics, physics, computer science, but we don’t know how it all works in modern science. This was my first time at an international conference, and I’d been curious to learn what that’s like.

As for the Conference School, I liked that it had both lectures and practical classes. We had a hackathon, during which we learned not only how to design projects, but also how to sell them well. After all, many scientists know how to create great things but can’t figure out how they should be applied. We also had lectures about career management in science. I liked that this was not just a school where you acquired knowledge, but also where you learned how to use it.

Participating in the school gave me an opportunity to learn about the main areas of research in my field. There were many lectures, but they were all introductory, which let you create a sort of a “map” of relevant research. Getting to participate in a large-scale event like METANANO was also a very useful experience, even though, as a first-year student, it was quite difficult for me to take in such a large volume of advanced knowledge.

I don’t believe science should be separated into fundamental and applied because a lot of fundamental research goes on to serve as a foundation for actual technology and has the potential to turn entire industries upside-down. Even if you’re doing fundamental science, you still think about the possible applications of your research.

I wanted to attend a scientific conference for a while now, and this time there were several factors that all came together and made me come here. Firstly, this is, in a way, a “home-brewed” conference; many of the school’s teachers are staff members of the Faculty of Physics and Technology who I already knew. It made my first experience much easier. And I’ll be able to stay in touch with them when I go back to university.

Personally, I’m more partial to fundamental science. Once you start to get a good grasp of it, you begin to see how much is hidden in there that others don’t see.