Anastasia Lazareva has presented a report on the generation of reactive oxygen species with hybrid structures based on CdSe quantum dots and thermally annealed titanium butoxide. She received positive feedback from experts as well as offers to collaborate. 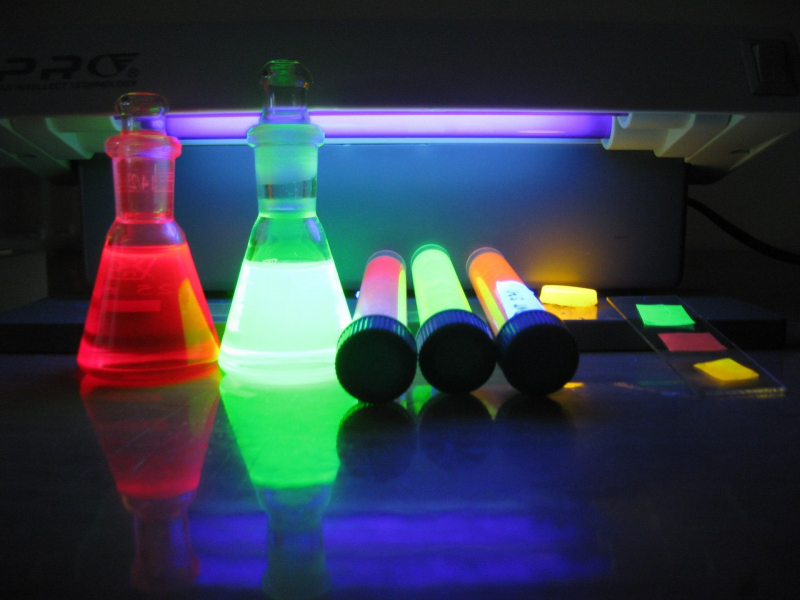 In the Biophotonics summer school program, the organizers focused on bionanosensors, nanoparticles and nanocrystals production for biophotonic application, optical tweezers, fluorescent nanoparticles and other related fields. To get a certificate, participants of the school had to present their research projects in an online poster session.

Anastasia Lazareva presented her report “Photocatalytic properties of hybrid structures based on CdSe nanocrystals and titanium butoxide” and became a winner in the Nano category.

In this ITMO.NEWS article, Anastasia shares how she achieved this result and what useful experiences can one get at a summer school.

You took part in three summer schools in a row. When did they take place?

From July 20 to August 9 with each of them taking around six days.

Why did you decide to participate in them? And why did you choose three different fields instead of sticking to one?

Due to the pandemic, our semester ended early, so I had enough free time to unwind. When I saw the schools being announced, I understood that I was interested in all three of them, as they were all connected to my own research project in one way or another. The Biophotonics school has a direct link to what I do, and moreover, it gave me a wonderful opportunity to present my project to the international community.

What were the most memorable aspects of the schools?

All of them were major events with around 100 people present in daily Zoom conferences. We had two lectures, then a lunch break followed by another two lectures. There were predominantly Russian and Brazilian speakers and participants in the Biophotonics summer school, there were also lecturers from the US and China. As for the lectures themselves, everything was interesting and accessible. The speakers had a great command of English, so their reports were easy to understand.

Did you find any advantages in the fact that schools were held online?

Yes. Some of the speakers and participants were definitely not able to come to the school, and this way all of us could participate. It was easier to ask any question. When you are sitting in a big lecture hall and you want to ask something about a topic you don’t know very well, you are often shy, so you are more than likely to remain silent. Asking something online is much more comfortable.

The only drawback is that I didn’t have enough time to talk to other participants – I think that the organizers should have let us all into the Zoom conference a little earlier so that we could chat. But there was such an opportunity during the presentations.

Your report took first place at the Biophotonics summer school. What do you study at ITMO?

By the way, it was one of the crucial steps in our project. Then, we proved that the efficiency of generating reactive oxygen forms with this method can be compared to multilayered structures based on colloid titanium dioxide nanoparticles.

Does your project have practical applications?

What kind of feedback did you get from experts and other participants?

A rather positive one. I got asked a lot of questions. Several professors mentioned possible collaborations, they had been interested in our project back when I presented it at MEPhI’s nuclear winter school for the I Am a Professional contest. Now, when they have seen the results, they said they are ready to work with our laboratory. I think it can be interesting but everything will depend on the plans to be outlined by my supervisor.

What did you gain from taking part in the schools? Has it affected your plans?

Naturally, I acquired new knowledge. I am also hoping to collaborate with the MEPhI lab. We are currently working on a review page with my supervisor, which I will be able to send to anyone interested in the topic. Our research plans haven’t changed and we still want to study the efficiency of reactive oxygen species generation with regards to the way such structures are formed.