ITMO Graduate Arseniy Seroka’s company Serokell has participated in the development of IOHK’s blockchain project Cardano and the associated cryptocurrency ADA. The currency’s capitalization, i.e. its overall value, has already risen above 2 billion USD. ITMO.NEWS spoke to Arseniy to find out what makes Cardano different from all the other blockchain systems and what advantages cryptocurrencies have over regular currency. 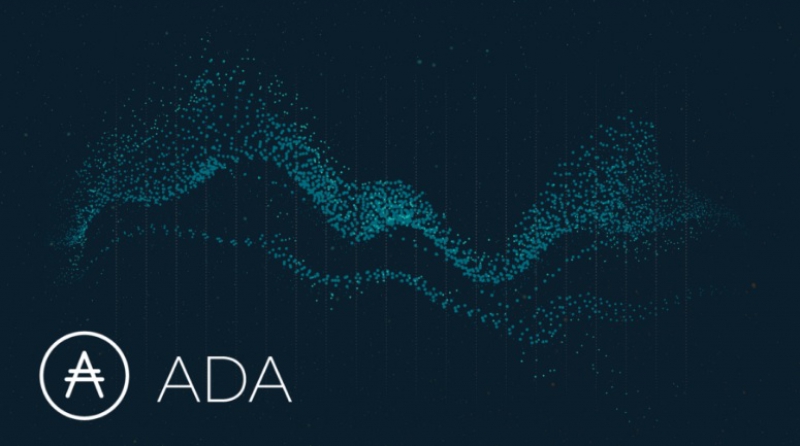 One of the unique features of all cryptocurrencies is that nobody (yet) controls them: they are decentralized systems which function thanks to their users. Cryptocurrencies are not backed by gold, they cannot be printed. The only resource needed to produce most of today’s cryptocurrencies is a computer. There are thousands of articles WRITTEN about just how computers can be used to mine the various cryptocurrencies. Cryptocurrency systems differ in the algorithms that they use to validate transactions. But why are they necessary and what’s their economic potential?

Cryptocurrencies, just like regular currency, are sold on markets. But only a few states, such as Japan, for instance, have recognized the most well-known cryptocurrency – bitcoin – as a legitimate mode of payment. Many European countries are gradually introducing cryptocurrency into their financial systems. In Norway, bitcoin is recognized as an investment class, but not a currency, while Switzerland grants it the status of a foreign currency; in Germany, cryptocurrencies are considered private money, i.e. money issued by private institutions for private use. In Russia, the legal status of cryptocurrency remains undefined. How does a system like this work? To conduct transactions, participants must generate a specific set of program code accessible only to them. None of the system’s members can act outside of the system. Companies that accept cryptocurrency as payment simple receive payment from their clients in the form of “e-coins”. You can read more about cryptosystems here.

“Basically, distributed networks like blockchain and the affiliated cryptocurrencies are based on the fact that users are rewarded for supporting the system’s operation, be it mining or other ways of producing new blockchain blocks; then, these rewards are used as a means of payment in the very same system or for gaining classic currency, such as dollars, from selling your cryptocurrency,” – explains Arseniy Seroka. It’s hard to say precisely how the price of this or that cryptocurrency is determined. Ton Weis, expert in finance and cryptocurrency, noted that it all depends on a basic market principle: the more demand there is, the more expensive a currency becomes. If there is a lot of supply, everyone starts selling their cryptocurrency and its price drops. There is also the question of how hard it is to mine “e-coins”. For example, it’s impossible to mine more bitcoins than the amount that has been set by the system’s founder. However, bitcoin is subdivided into satoshis – just like a ruble is subdivided into kopecks.

Also, new cryptocurrencies emerge all the time. One of the reasons for this is that, as time goes on, it becomes increasingly more expensive to maintain a network – which is why only the big names manage to secure a presence on the cryptocurrency market. Back in the day, anyone could mine some bitcoin on an old CPU, but today even a multi-computer network might not be able to handle that task. This is how alternative cryptocurrencies appear.

Another reason why new cryptocurrencies and related systems emerge is that systems like Bitcoin or Ethereum have a number of flaws that the new systems might be able to remedy. The developers of Cardano have described some of them in their manifesto, in which they also explain why they have developed a new cryptocurrency and what are its advantages. For example, some of the issues are related to the instability of other systems or the inability to roll out changes in the future. In addition, many cryptosystems do not have a framework for regulatory control. The distinguishing feature of Cardano is that it contains three layers. The first one, the settlement later, is where the deals are made. At this level, users can exchange tokens; the process is similar to that of BTC. Then there is the computational layer, where users make “smart”, programmed deals. Cardano also takes into account a number of legal regulations.

“We’ll further develop this aspect of the system later on, but, essentially, we plan to keep the rights of physical persons and market rules separate. For example, in Russia online gambling games, such as poker, are illegal. Meanwhile, they are legal in some other countries, where people can use cryptocurrency to play. And yet nobody will ever know anything about you except for the system itself,” – says Seroka.

The prospect of cryptosystems being recognized or even used by governments poses several questions to the society. The use of cryptocurrency implies decentralization and self-regulation of the economy and the society. However, it’s impossible to get by in the modern world without at least some governmental systems: those are needed to uphold the law, justice, provide education and other social services. But if everyone uses cryptocurrency, who’s going to pay taxes? Some countries are already implementing measures to resolve such issues. In USA, for instance, cryptocurrency is seen as property; therefore, any transactions involving it are taxed.

Another feature of Cardano is that its developers employ scientifically-proven algorithms, the quality and efficiency of which have been studied and analyzed. Arseniy Seroka adds that the developers take into account the experiences of other cryptocurrency developers and try to avoid their mistakes. Cardano uses a unique programming language, Plutus, which was created specifically for this project and can be used to program smart contracts.

According to Seroka, Cardano was first introduced to the market in September of this year, priced at approximately 1 cent. As of now, it already costs 14 cents. When the ICO – the process of investing in a not-yet-finished cryptocurrency through the purchase of tokens – began, a single token cost only 0.02 cents. Token owners are eligible to receive a specified amount of Cardano e-currency. The resources acquired through the ICO went towards the development of Cardano. At the time, only 5 employees at Serokell were involved in the project, collaborating with scientists from IOHK. Today, 15 Serokell specialists are working on algorithms for the new cryptocurrency.

ICO stands for Initial Coin Offering – similar to IPO (Initial Public Offering); the latter refers to the initial public sale of a company’s shares on a traditional market. In the former case, however, a company releases the so-called “tokens” and sells them on the cryptocurrency market. The worth of a token is determined by the company itself or by an investor. It may constitute an amount of the company’s debt to the token owner, a right for the owner to claim some bonus (like being able to use the company’s products for free), the right to participate in the company’s decision-making, etc.

“I believe that cryptocurrencies will see a lot of use in the future; in any case, bitcoin will be seen as a standard simply by its merit of being the first – even though it was not made for the load that it is facing today. This is why it is so expensive today and why there is such a high commission on transactions involving it. At Serokell, we want to found a blockchain association in St. Petersburg so that there is a platform to discuss the issues of cryptocurrency, the demands of state and society, etc. After all, not everyone is indeed aware of what cryptocurrency is; many, including businesses, are trying to do something in this field just because it’s trendy. It’s impossible to predict with a 100% accuracy what exactly will happen to this or that e-currency. We’ll just need to keep watch on their development and analyze the changes,” – says Seroka.