Around three years ago an ITMO alumnus Alexander Golovatiy and his friends founded a startup that enabled users to sell quests of their own creation. Over the years, the project has grown into an online platform where travelers can purchase walking tours created by locals and experts, and do these tours at their own pace using a mobile app. At the beginning of 2019, the company went international, finding its place in the hearts of American users, and now a Spanish version of the service is getting ready for release. ITMO.NEWS got the chance to meet Alexander and ask him what is needed to go from a startup to a successful business. 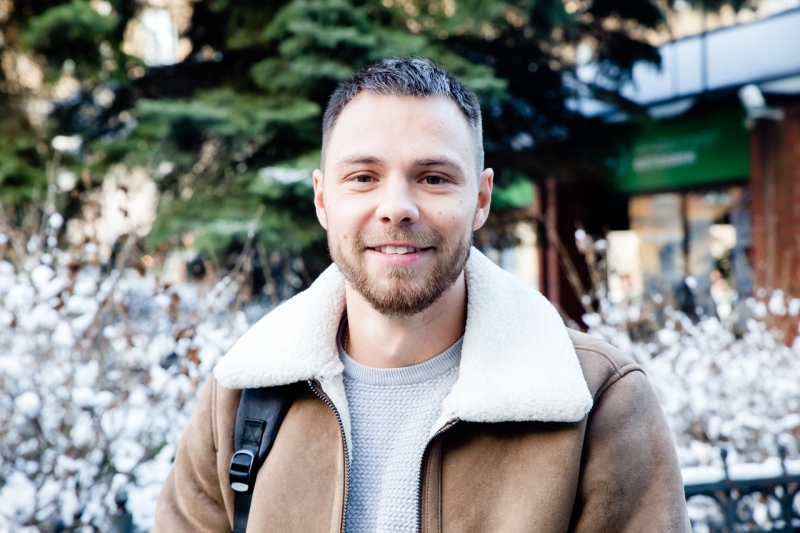 The way to an international platform

Over the first two years of its existence, Surprise Me, founded by Alexander Golovatiy and partners in 2016, was operating only in Russia. Initially, it was designed as a project which offered corporate clients quest-apps that could be used as a way to spend time, have fun with colleagues and for team building purposes.

It gradually became clear that guided city tours were very popular. The company then started aiming its efforts at individual clients instead of companies. Tourists could use the app to walk the streets of Moscow or do a pub crawl in St. Petersburg, while those who created the tours got 30% of the payment each time their creation was purchased on the app.

It the beginning of 2019, the partners decided to enter the international travel services market and joined a three-month Sales Workshop of the Internet Initiatives Development Fund (IIDF).

“The workshop allowed us to test many ways of going international,” says Alexander. “We were trying to understand how to make our unique selling point appealing to the international audience and find a way to attract it. We had tried around 100 hypotheses before we found an interesting niche that turned out to be “juicy” in startup terms. These days, you have to join a group of 80 tourists if you want to see the Colosseum. This doesn’t do anyone any good: I read a great number of negative reviews on TripAdvisor with visitors saying they got lost, didn’t hear the guide or they did, but the guide was tired, some say they couldn’t see anything. And then it hit us: everyone wants to get a personal tour, but no one can afford it, as the price goes up to 800 euros during high season.”

As a result, Surprise Me started offering service packages: walking tours around cities and main European attractions, as well as tours in English including tickets to museums and attractions. “On our platform, tour creators build a story, and our tours include augmented reality and interactive elements. This product eventually gave us a boost, with tours that include tickets becoming especially popular. Over three quarters we sold $150,000 worth of tours, a gross of 1,795 orders, with 73-75% of them coming from Americans who purchase European tours,” explains Golovatiy.

In less than a year, the project included 43 cities of almost every European country. This rapid development, however, was first causing a lot of new problems.

“When we were only just entering the international market, we had to test our ideas fast, and we couldn’t apply our standard scenario where we first find a creator who makes a tour which we then make available for purchase,” recalls Alexander. “Instead, we had to first come up with a topic, post it and get a preorder on this tour, and only then start looking for a creator. Sometimes there were difficulties and we had to find a creator extremely fast. Moreover, when we offered tours that already included tickets, we had to first purchase these tickets ourselves and then compensate this when our clients paid for the tour. It led us to a cash shortage, when we had to make purchases before receiving payments from our clients. At a critical moment, this cash shortage reached 1.5 million rubles.”

This shortage had to be closed with money borrowed from friends and relatives. However, two weeks later the partners were able to pay it back.

“I think the changing point, this transition from a startup to a developing company, is when you understand what you sell and how you do it. It was an endless test of thousands of hypotheses, analyzing the market and the audience. There was an interesting moment. We follow up each purchase with a call and talk to our clients about why they chose us. And once we kept calling one of them and he kept rejecting our calls. Finally, he texted us that he was deaf and that was why he purchased our tour: he couldn’t listen to a guide, but he could read the text on his smartphone. We didn’t expect that. It made us realize we have one more niche that is not occupied by other companies.”

The company is currently growing and looking for new opportunities. For instance, market analysis has demonstrated that Americans usually stay in Europe for a long time, meaning that they can be offered a series of tours in different cities. The company is also hoping to enter the Spanish tour market that is in demand in Latin America.

“We dream of entering the Asian market, but we would need serious investments to do that. Globally, there are only two main app markets and they are AppStore and Google Play. China alone, however, has over 150 marketplaces, each with its own rules and standards, and finding resources for this leap is a whole other matter which would require a lot of effort and a bigger team altogether,” says Alexander.

At the same time, the Russian tour market is getting bigger. There are now 158 Russian tours around 54 Russian and European cities. Here, sales are also growing, although slower than those in the English-language segment.
A growing business needs a bigger team and now the company’s number of employees has increased from 5 to 7 with the potential of doubling by the end of the year.

“We are looking for people to complete our product,” explains Golovatiy. “Currently, we are developing a feature that would allow creators to link tickets to attractions if their tours include them. Furthermore, we are constantly introducing more and more interactive elements; we want to add 3D objects and other interesting details to our tours.”

According to Alexander, his experience of working on a startup demonstrated that ideal employees for such a project are young specialists, maybe even students, who will grow together with the company.

“When you create something new, there are no experts who were taught to work with it,” he continues. “That is why it is better to employ people who are only beginning to understand what they want from their career or those who can dive into several topics at the same time. A perfect candidate for us is someone who already is a professional but who wants to get better and knows where to go. We don’t have a structure, everyone is responsible for something, meaning that each of our employees can be a developer, a client support manager or work with finances.”

The project is currently looking for a product designer, an iOS and Android developer and specialists who would analyze data on current products to plan future development of the company and identify ways to cover new markets. For instance, says Golovatiy, they would be happy to see ITMO University students and alumni at their job interviews.

“I truly believe that ITMO has the specialists we need. There are many students here who can succeed in several fields at once. We would be happy to see your CVs and applications at hello@srprsm.com,”  concludes Golovatiy.