Daniil Samoilov, a third-year student at the Faculty of Laser Photonics and Optoelectronics, received the Young Runet Leaders Award in the nomination Digital Agency. The student became the youngest participant and winner of the first national competition among IT specialists. In this interview with ITMO.NEWS, he shares his experiences of participation in the competition, running his own digital agency, as well as his university studies and the applications developed by his team. Read on to learn the details. 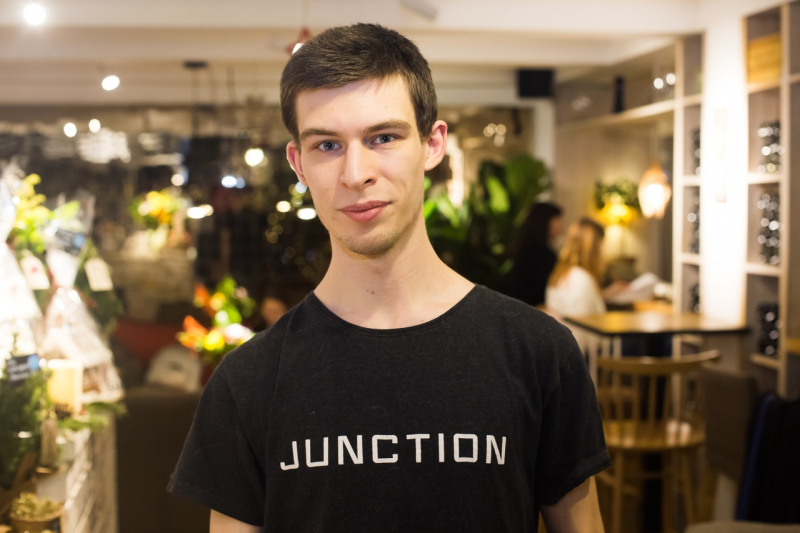 2019 marked the first time that the Young Runet Leaders Competition was organized and brought together young specialists in IT and the digital industry. According to the organizers of the event, its main goal is to give talented and motivated specialists an opportunity to come into the spotlight.

The competition was held in three nominations: product/service, digital agency, and TikTok. To make it through the first round, potential participants had to submit a video message with a few words about themselves, their achievements and projects that they participated in.

A Young Runet Leader has to comply with a range of conditions: they have to be from 18 to 35 years of age, be head of an IT or digital company, have the experience of implementation of large-scale projects, manage a team of at least three people, and have no less than two years of working experience.

It’s hard to believe it but the 20-year-old student has it all.

When did you establish your own digital agency?

We registered our digital agency itis.team in September last year.

And when did you build your team?

We met five years ago during Samsung’s IT school. There was a small section dedicated to Android development. After working together, we realized that we were seeing eye to eye and decided to join forces and work on different applications together. Then we enrolled at universities, mainly to ITMO. We kept in touch, so when one of us learned about Junction, the biggest hackathon in Europe, we immediately decided to give it a go and participate in it as a team. At the competition, we presented a prototype of the cheapest Eye tracker and a game and our project took first place in the Unity 3D track of the Unexpected Virtuality nomination. This marked the beginning of our participation in various events and hackathons. Since then we have participated in a whole range of competitions – VK 2017 with our project VK Tag (smart business cards), FinTech 2017 with a blockchain-based microcrowdfunding technology, and Junction 2017: three projects and one victory.

Then last year we took part in FoodHack 2018, where we presented our device for checking the contents of courier boxes. It monitors the temperature, humidity and overloads in order to control the quality of work of a delivery service employee. In 2018 we were awarded at Junction for the best solution for combining hardware parts of Intel NUC and Movesense. This year we participated in VKhack 2019, where we implemented two projects. Parallel to that, we started taking small commercial orders and after a while founded our own digital agency.

How exactly do you find orders?

We just offer our services. We can do lots of things from programming tasks to blockchain solutions, websites, landing pages, apps, portals, servers and backend.

Are all your team members programmers?

What cases did you present at the competition?

I have to note that in our team, apart from commercial orders we also work on our own projects. And these were the ones that I presented at the competition. The first one is the EcoHub application, designed to promote the idea of separate waste collection and recycling in Russia. With this project, I got first place in the Digital Breakthrough Russian Hackathon. And the second project is the app Thank you. This is a service for street musicians and places where they can play their music, such as bars, restaurants, hotels, etc. But the idea is not ours, we are just responsible for its technical part.

Whose idea is this?

In August, I took part in the SummIT project at ITMO University, where I presented a platform for application development, but the jury didn’t really like it and we didn’t develop it further. However, the good thing about this competition was that I met a team that came up with an app for communication between musicians and restaurants but didn’t know how to bring their idea to life. And we decided to join forces and work on this project together.

Are these apps already up and running?

EcoHub is, and we’re now working on its next version for the B2B segment, while Thank you is still in development.

Daniil, why did you decide to participate in the competition in the first place?

For me and our digital agency, this is a chance to gain more visibility, which, in turn, will help us attract more clients. We are now completing our projects and perfecting the website and in the nearest future, we will hold a PR campaign.

I really like being a CTO and want to further develop in this direction. I think that after finishing my Bachelor’s studies, I want to join a Master’s program in project management.