Representatives of federal and regional administration, as well as leading Russian companies and universities, signed the first Russian code of ethics for artificial intelligence at the international forum Ethics of Artificial Intelligence: The Beginning of Trust. The Code will become part of the Artificial Intelligence federal project and the Strategy for the Development of the Information Society for 2017-2030. 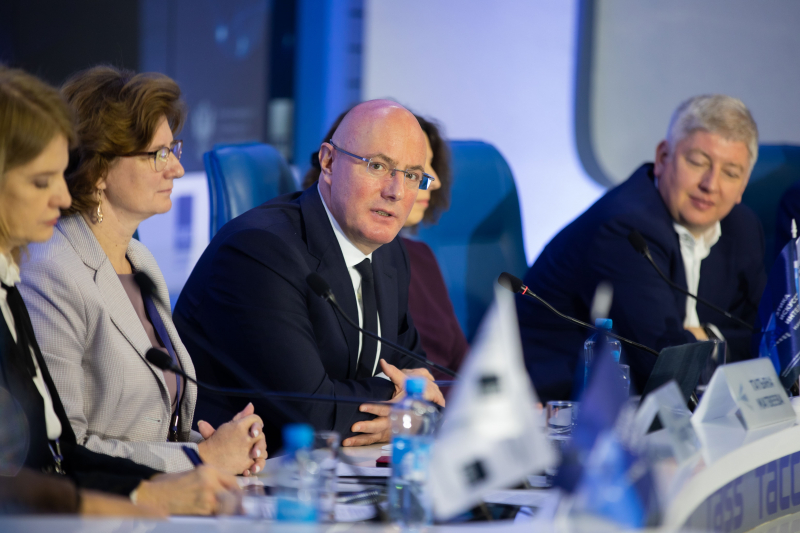 Dmitry Chernyshenko at the international forum Ethics of Artificial Intelligence: The Beginning of Trust. Credit: TASS

The first Russian AI code of ethics establishes general ethical principles and standards of conduct to guide those involved in activities using artificial intelligence. This has to do with ethical aspects of both technological development and implementation at all stages of the life cycle.

The code established the basic principles of living in a world where humans are surrounded by robots. The document includes two sections that cover topics like the stimulation of AI development, raising awareness on the ethics of AI application, AI identification in communication with humans, and information safety.

According to Dmitry Chernyshenko, Deputy Chairman of the Government of Russia, the level of trust towards AI in Russia, according to the Russian Public Opinion Research Center, is quite high – 48%. However, the government and all participants of the technological community should aim to not only promote useful services but also minimize risks related to AI.

“The question is, how responsibly both the government and the AI community will act to minimize these risks. On the other hand, we can see how artificial intelligence can be of great help. We must work on giving the society concrete reasons to be sure that the government secures them by developing public, administrative, and ethical regulations in this field,” says Dmitry Chernyshenko.

The document was developed in accordance with the requirements of the National Strategy for the Development of Artificial Intelligence up to the year 2030. AI Alliance worked on the code in collaboration with the Analytical Center for the Government of the Russian Federation and the Ministry of Economic Development.

Among those who have signed the memorandum of joining the AI code of ethics are Russian companies and foundations, such as Sberbank, Gazprom Neft, Yandex, VK, MTS, and Russian Direct Investment Fund, as well as Skolkovo, Rostelecom, Rosatom, and leading Russian universities, such as ITMO represented by Daria Kozlova, First Vice Rector and head of ITMO’s Development Strategy.

“The world is getting closer to the point when AI becomes a part of our daily routine. Even today, ITMO University works on strong AI that can solve complex creative tasks that could only be done by people before. In order to apply such technologies safely and efficiently in the future, we need to consider and establish the ethical principles now. The code will lay the groundwork for future development and will ensure our safety during the rapid growth of such technologies,” says Daria Kozlova.

The Research Center “Strong AI in Industry” is already functioning at ITMO University and in October, it received a grant as part of the federal Artificial Intelligence project. The amount of the grant’s funding is more than 1 billion rubles (about $14,380,000). The center’s key field of research is strong AI – artificial intelligence developed to the point where it matches the creative activities of a professional, such as a designer, engineer, technologist, or manager. This will help create a methodological foundation for AI studies and demonstrate how it can be applied in sought-after technologies.