The Whats, Whys and Hows of Biometric Data

According to Sberbank’s CEO Herman Gref, a million Russians submitted their biometric data to the bank in 2018. As per the bank’s initiative, all clients are offered to take a picture and record a couple of phrases when opening a new bank account. But why would you need to share this data in the first place? Who’ll be able to access it? Is it safe? ITMO.NEWS tries to solve the case of biometric craze in this article. 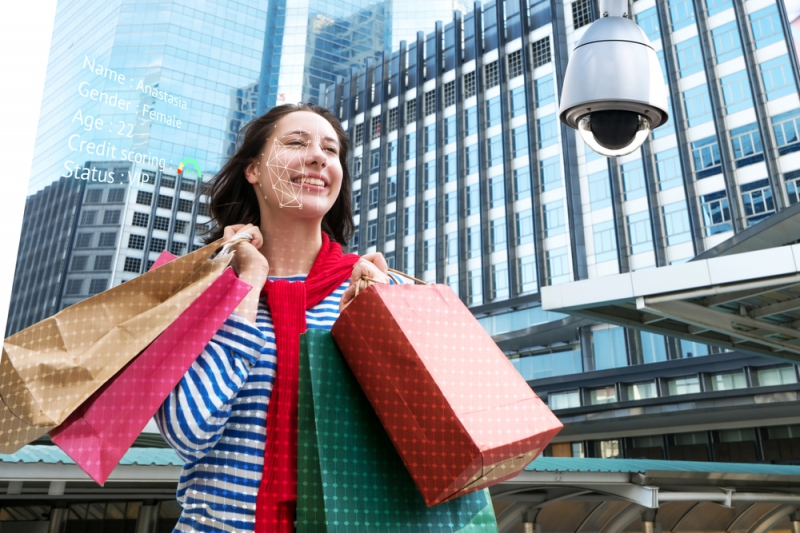 Biometric data is a combination of unique biological and physiological characteristics that help identify a person’s identity. This can be the irises of their eyes, fingerprints, facial images and voice recordings.

To simplify the operations of services that require verification of your identity. For example, some countries’ airports employ biometric data to speed up the passport checks: travelers just scan their finger at a special terminal and pass through.

Another field that could benefit from you submitting your biometric data are mobile payment services. Apple Pay users no longer have to whisk their bank cards out when paying; a phone is enough to see them through. But Apple refrains from sharing their client database with other companies and banks.

Launched on July 1, 2018, the Unified Biometric System is a significant step forward for biodata in Russia. From now on, anyone dwelling in Russia can submit their facial image and voice recording to help make financial operations more secure and free bank staff from a range of routine procedures. Registering in the system will allow you to limit both the number of visits you make to your local bank and the time you spend there. Lost a credit card? You’ll just have to call the bank, present yourself and describe the problem; there won’t be a dozen control questions you’ll need to answer to have your issue dealt with.

As reported by the Vedomosti national newspaper, over 150 Russian banks are now accepting their clients’ biometrics to pass it on to the Unified Biometric System. In addition to banking, the project is also expected to spread to the field of medical and state services.

The Unified Biometric System data is protected so well that even in case of a leak, there is no way that the fraudsters will be able to reconstruct your voice, photo or fingerprint from their decoded fragments. By the end of 2019, banks will protect this data as state-classified information.

Who will be able to access my biometric data?

The Russian Ministry of Internal Affairs and the Federal Security Service will have access to all the data stored in the Unified Biometric System. Even if someone withdraws their consent to have their biometric data collected, the system will still be able to process it upon these law-enforcement agencies’ request.

Of course, there’s nothing to worry about, except for if you plan on violating the law in the new future.

Where can I submit my biometric data to?

A total of 150 Russian banks are now recording their clients’ biometric data for the Unified Biometric System.

One of the biggest banks in Russia, Sberbank has been garnering its own database for a year now. The CEO Herman Gref says that Sberbank is no longer a plain old bank, but the biggest IT company with 45,000 staff working on digital business. Biometrics is Sberbank’s natural next step for offering their clients the best services possible, and the company isn’t going to wait for the competition to pick up the slack. For one, there are ATM machines already set up in Moscow which let clients access banking operations with no cards involved: they just have to look into the cash terminal’s camera to verify their identity.

In 2018, the bank collected its clients’ biometric data exclusively to include it in its own database, but in 2019, Sberbank is to move on garnering the data for the Unified Biometric System as well. Submitting their data, clients are offered to choose from the two databases. It’s unclear now which one will prove the most popular.

Author’s own experience of submitting his biometric data

The author of the article, Dmitry Lisovsky, started his biometrics debacle with a big Sberbank office on the 3rd Line of Vasilievsky Island, 34. His visit was a memorable one for the staff present: by their accounts, he was the first client in the office’s history to ask to have their biometric data taken. But he didn’t have any luck, as after a 40-minute sequence of procedures such as passport and bank card checks and the signing of forms, the system gave up and failed to register him in its database. The staff were at loss as to why it happened, pointing to possible glitches either in their own system or the Gosuslugi state services website, leading him to suspect that they tried to register him for the Unified Biometric System without asking him to choose between the two options available.

His second attempt was in a smaller Sberbank office on Kartashikhina Street, 9.

“The system once again had problems with reading my bank card, but this time it was solved by me signing an agreement authorizing the processing of my personal data. After having my passport checked, I was photographed on a webcam and asked to read aloud numbers from zero to ten into a microphone. The whole procedure took about 10 minutes. I was registered for the Sberbank’s own database, but as with the first time, I wasn’t asked which system I wanted to be included in.

“I recommend anyone wanting to give this procedure a go to call the bank office you plan on attending and ask them if they can accept your data in the first place. If that’s a matter of principle for you, you could also clarify which database you’d like to be registered in,” explains Dmitry Lisovsky.

What changes will the technology lead to in the future?

Biometry is now starting to be used in more and more of different fields, and developers continue to expand the range of its applications. For instance, the students of ITMO’s Faculty of Infocommunication Technologies came up with a new way of using biometric data in banking operations. Proposing an innovative money transaction system based on facial recognition technologies, their project won the best creative solution prize at a case-championship Fintech Cup.

We also asked an expert to comment on this issue. Andrey Khrulev is the director for business development in biometrics at the Speech Technology Center (STC). This group of companies is widely regarded as the absolute leader in the number of sports- and transport-based facial recognition technologies implemented in Russia: their Vizir biometric system has been set up on 10 stadiums, five airports, and six railway stations. What’s more, STC specialists have been in charge of developing voice recognition technologies for the Unified Biometric System.

“We forecast a massive spur in popularity for biometric technologies in the next couple of years. Their applications, especially in the facial recognition field, will also continue to grow,” says Andrey. “Biometrics is still first and foremost employed for making vulnerable operations more secure, but these technologies are increasingly being considered as solutions for improving client service, conducting sociological research, creating more targeted ads, optimizing transport flows, improving urban environments and perfecting online education platforms. Indeed, biometrics has a great potential to be used for creating a more personalized service in shops, set up as part of interactive displays and voice menus in contact centers, applied to the analysis of the capacities of transport, metro stations and streets, and many other fields.

“What I’d like to focus on expressly is facial recognition of people in airports. Such systems are capable of accompanying passengers from the moment they enter the airport to the moment they take their airplane seat, allowing them to go through all checks by themselves, and helping the airline staff single out registered passengers who are there in the airport but are still late for their check-in. It’s most useful.”