Results are In: Online Round of ITMO University’s CtF Competition CyBRICS Comes to an End

More than 750 teams from around the world took part in the recent online round of CyBRICS, a large-scale computer security competition for participants from the BRICS countries: Brazil, India, China, South Africa, and Russia. As one of the event’s organizers, ITMO University will receive the winners of the qualifying round when they come to St. Petersburg in September to compete in the final round. The competition is developed and run by members of the SPbCTF community. 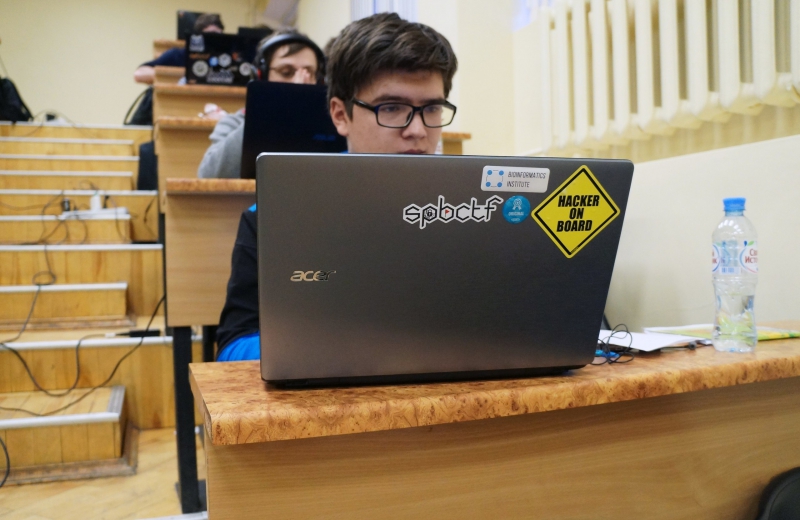 According to Danil Zakoldaev, a member of the organizing team and the dean of ITMO’s Faculty of Secure Information Technologies, the main goal of CyBRICS is to establish a professional community of CtF enthusiasts. Competitions of this kind have become popular and commonplace lately, but no events of this scale have yet been organized in St. Petersburg. According to CTFtime.org, the qualifying round of CyBRICS has become the largest Russian competition of its kind in the period of 2011 to 2019.

The qualifying round of CyBRICS took place on July 20-21 and was open to all participants regardless of their country of residence. More than a thousand teams spent 24 hours taking on tasks from various fields of computer security, including web exploits, forensics, cryptography, system administration, and more. The qualifying round was held in the Jeopardy format, with the teams solving problems of increasing difficulty within a time limit. Learn more about this CtF format here.

According to the stats, 1,188 teams signed up for the online round, 775 of which completed at least one task. Detailed stats can be found on the event’s website.

Team Bushwhackers from the Lomonosov Moscow State University was the online round’s top-scoring team and received an invitation to take part in the final round of another major event, the XCTF Finals in China. The second place went to team Nu1L from China, and the third to team fargate from ITMO University. Members of the latter have recently spoken to ITMO.NEWS about their training habits.

The tasks for both rounds of CyBRICS are developed by SPbCTF, an independent community of competitive hacking enthusiasts. Its mentor team is made up of experienced players who represent Russia at various international competitions. In collaboration with ITMO University, members of the community conduct training sessions and workshops for those who are interested in CtF and want to try their hand at the sport.

“I’m happy with how the qualifying round has gone down: each problem has been solved, but no team has solved all of them. That’s a good indicator. I’m proud of our dev team, assembled by Kseniya Kravtsova for SPbCTF, and I am grateful to all the teams for participating. The number of participants was a surprise to us; we were expecting 300 teams and ended up with four times that number. Our reputation in the CtF community must have played a part, and the international teams got interested in what kind of competition the members of Russian teams LC↯BC, SiBears, PeterPEN, and Yozik would organize. Nevertheless, our infrastructure held up and the players had a good time and left great feedback. We’ll keep the bar high for the final round,” promises Vlad Roskov, a SPbCTF mentor, team lead of the CyBRICS dev team, and a graduate of ITMO University.

The on-site round of CyBRICS will take place on September 23-28 in St. Petersburg, Russia. The 25 top teams from the BRICS countries, 5 from each country, will compete in the final round. Their task will be to find the vulnerabilities in systems provided by the organizers, patch up their own and attack those of their opponents. The three winning teams will be awarded $10,000, $5,000, and $3,000 depending on their place. The event’s prize pool of $18,000 is the largest of any academic CtF competition ever held. In addition, the participants and their companions will take part in workshops, seminars, meetings, and guided tours of St. Petersburg over a five-day period.

“With CyBRICS, our goal is to popularize hacking as a sport. It’s an important task because it may sometimes be impossible to get a job at a modern IT company without a CtF competition on your CV. But our plans don’t stop at competitions. We plan to use the event’s international status to boost the university’s image and work with our colleagues from the BRICS countries to develop joint Master’s programs in cybersecurity and semester exchange programs in order to facilitate the export of Russian education,” shares Danil Zakoldaev, the dean of ITMO’s Faculty of Secure Information Technologies.