The final round of the CyBRICS international competition in the field of computer security initiated by ITMO University has recently come to an end. The event united the best teams from Russia, China, India, Brazil, and South Africa, who competed for the right to participate in the CyBRICS winter school, which will take place in St. Petersburg this winter. An ITMO.NEWS correspondent met with the event’s organizers to find out more about the competition and sports hacking. 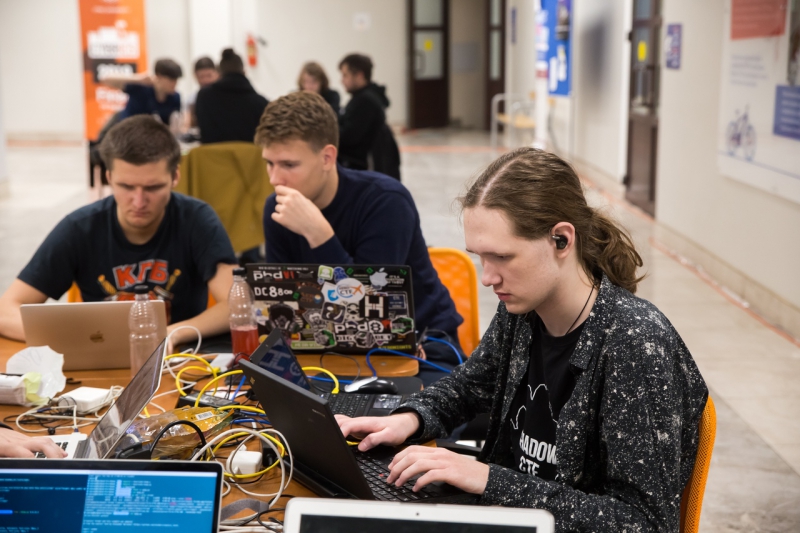 Information. There is hardly a more valuable resource that hackers all over the world want to acquire. Every day we leave a trail of digital data in our wake: credit card numbers, phone numbers, names and surnames. All this information needs to be protected from online scammers. This is why cybersecurity competitions are gaining momentum right now and attracting more and more participants.

Until recently, there was no special competition in sports hacking that would unite specialists in the field of information security from the BRICS countries. However, this year, ITMO University initiated the first competition of this kind, CyBRICS.

“This idea was born about a year ago at the BRICS Network University,” shares Aleksei Lizunov, one of the competition’s organizers. “Developed by five BRICS countries with the aim of creating joint educational programs, the project of the BRICS Network University unites 12 universities from each member country. Сybersecurity was one of the key topics discussed at the meeting of BRICS leaders in China. In our presentation, we proposed a project that could be implemented in a relatively short period of time and would attract students from all the BRICS countries. This is how we came up with the idea of a hackathon, which then turned into the CyBRICS competition in sports hacking for participants from five countries, including Russia, China, Brazil, India and South Africa.”

“Already now we can say that ITMO University is opening a new page in the field of cybersecurity competitions. CyBRICS has the potential to go beyond the competition format that has already become an integral part of the educational process, and to form a community of cybersecurity experts, where people can discuss their curricula and exchange experiences and ideas,” says Danil Zakoldaev, dean of the Faculty of Secure Information Technologies.

A total of 1,188 teams from all over the world participated in the qualifying round, 775 of which managed to solve at least one task. The qualifying round of CyBRICS has become the largest Russian competition of its kind. The participants were given 24 hours to solve tasks from various fields of computer security.

“The qualifying round was held in the jeopardy format, with the teams solving problems of increasing difficulty within a time limit. The main task is to hack something, some system created by the organizers,” explains Vlad Roskov, a team lead of the CyBRICS development team.

The best teams from Russia, China, India, Brazil, and South Africa competed on five platforms for the title of the best sports hackers in the BRICS countries. The best Russian teams gathered at ITMO University’s campus on Lomonosova Street 9.

Four other platforms were established in other BRICS countries. It was not only the title the participants competed for but also money prizes of $10,000 for the first place, $5,000 for the second place, and $3,000 for the third place.

Anything can be hacked

Each team in the final round was made up of five participants. The competition was held in the attack-defense format and lasted for eight hours, which means that each team received a server with a set of vulnerable software services. The players tried to secure a victory by hacking their competitors’ servers and protecting their own.

“Each team was allocated a server with five vulnerable software services,” shares Vlad Roskov. “These included an online store, a public services portal, a development platform, an antivirus, and a social media platform. Simulated users, bots, visited each server and left some classified information, which other teams were trying to steal.”

Now the competition’s organizers plan to hold a winter school, which will take place at ITMO University and bring together winners from all the five countries.

“We plan to incorporate it into the program of the “I am a Professional” winter school by introducing an international track to it. The event is scheduled for the beginning of February,” explains Danil Zakoldaev.

This time, it won’t be money the participants will compete for but an opportunity to get an internship at the BRICS countries’ best universities.

However, as noted by Danil Zakoldaev, the main mission of the competition is to build an international community of experts in the field of information security.

“This is not only about the competition,” the dean says. “There is a huge community of experts working in the attack and defense format. This community hosts workshops, online chats and other events all over the world. We collaborate with other universities, exchange information on the introduction of special modules in the educational plan, which can prepare students for such competitions. We also see this as an opportunity to export Russian education.”

According to the organizers, CyBRICS should become an annual event, and it is planned to attract more specialists from different BRICS countries next year.