At the end of October, the company Airalab, a resident of ITMO University’s Technopark, presented its Internet of Things (IoT) solutions at one of the largest exhibitions in the field, IoT Solutions World Congress, this year hosted in Barcelona, Spain. Among other things, the event allowed them to sign a contract with a Uruguayan company for the supply of software that enables getting real-time updates on environmental monitoring. ITMO.NEWS met one of the company’s founders, associate professor at ITMO’s Faculty of Control Systems and Robotics Alexander Kapitonov to find out what countries also expressed interest in the company’s developments. 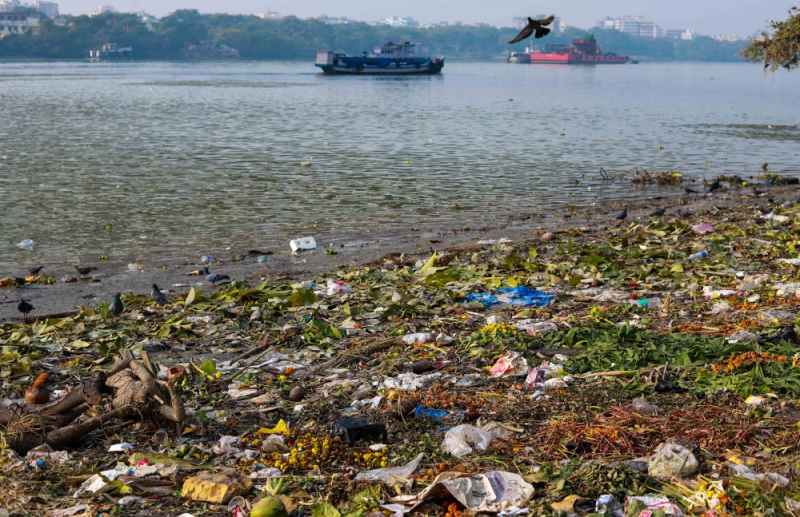 The company Airalab has been operating in the market of IoT software for what is now four years. During this time, the partners managed to create several successful pilot projects on data exchange networks for different-purpose drones. Powered by Airalab’s software products, flying, floating and driving drones can exchange data and upload information to the network directly, bypassing the servers.

A partner of ITMO University’s Technopark, Airalab has recently authored a solution that allows to monitor the environmental state of water bodies using an autonomous self-piloted floating vehicle. The company presented this development at one of the largest exhibitions in the field, IoT Solutions World Congress, this year hosted in Barcelona, Spain.

“At the exhibition, we presented our joint project with the Spanish company Libelium, which produces sensors for monitoring various environmental parameters, and Tolyatti State University, in collaboration with whom we made a floating drone on which these sensors were installed,” explains Alexander Kapitonov, Airalab co-founder and associate professor at ITMO’s Faculty of Control Systems and Robotics. “We offer both the supply of the entire equipment complex including the drone, the sensors and the software, and just the monitoring system software as a separate product. We applied for the IoT Solutions contest for the most interesting cases in the application of the IoT technology, and the organizers considered our project the most noteworthy and offered us a booth opposite the central entrance, near such giants as Vodafone and Siemens. We also organized a joint presentation of the project as part of the speaker session.”

Contract with Uruguay, interest from India

According to Alexander Kapitonov, the project attracted the interest of companies from many developing countries, where the problem of monitoring the state of water bodies becomes more and more acute. At the exhibition, the team engaged in talks with the representatives of South-East Asia and Latin America. Also as part of the congress, they signed a software supply contract with their Uruguayan partners. The talks about this agreement had started even before IoT Solutions World Congress.

“We formalized the previously achieved agreement with our colleagues from Uruguay,” says Alexander Kapitonov. “Under it, we will supply them with solutions on transparent collection and transfer of information on the state of the environment. Our contractor is a local integrator company that deals in the procurement of our partner Libelium’s sensors and participates in the state campaign on the improvement of the state of the air and water in the country. They approached us with the offer of creating a data exchange network that would have guaranteed characteristics of openness, transparency and accuracy, impossibility of data to be doctored.”

Also as a result of the exhibition, the company continues its talks with potential customers from Indonesia and India, who are interested in a comprehensive system including the water drone, the sensors and the software.

On the way to upscaling

As of now, the company carries on with their work on solving the tasks of water drone management as part of the Russian Science Foundation grant. Next year, the team plans to start testing the software systems that would include several water drones so that they could monitor the water state on larger surfaces.

“Another application of the bigger system is detecting illegal points of waste being dropped in the water body,” explains Alexander Kapitonov. “In principle, this could be done by a single drone, which would take samples, collect data and identify the places with increasing concentration of alien substances. But, of course, if you have two or three devices all working together, the process will be much easier and simpler. The thing is that the devices exchange the data directly with each other: for example, one drone could say that it detects a lot of alien substances ahead but doesn’t know in which direction to swim to investigate further, to the right or to the left. The second drone to the right ‘sees’ that it has a lesser substance concentration, and the third drone to the left detects that it has a very large one, and so everyone proceeds to move to the left.”

Today, when environmental concerns take center stage, the development seems to have a multitude of possible applications, though the Airalab co-founder says that the company is still working for the long-term goals as peak demand for monitoring tools is yet to come.

“In recent years, in Europe especially, docks operators and company representatives are required to provide data not only on the number of water waste they discharge but on the quality of the waters they operate in,” explains Alexander Kapitonov. “This presents them with a challenge: whether to buy dozens or even hundreds of sensors and somehow attempt to install these on their territorial perimeter, or to turn their eyes to self-driving platforms operated by solar batteries. You need as little as a couple of these devices to cover the same surface.”

For now, says Alexander Kapitonov, the company doesn’t have any direct competitors; the majority of the offerings on the market come in the form of fixed buoys with sensors, full-size boats with the possibility of a person being present on board, or mounts for installing sensors on line boats. However, the latter cannot monitor the state of water in remote bays, which they simply don’t enter on their routes.

Airalab’s software can also be used for monitoring the state of air with the help of flying drones and stationary facilities. The company expects that this application can gain popularity following the implementation of the Paris Agreement, which provides for cutting down on greenhouse gas emissions to decrease global warming.