Work on the Plot, Not the Graphics: Making VR-Gaming Mainstream

Why are emotional context and the plot more important in a game than graphics? How can we save VR from fading into obscurity once the hype dies down and promote its use in not only gaming but elsewhere? Nelson Zagalo, associate professor of the University of Aveiro (Portugal), author of several books on videogame history and an active member of the Portuguese Society of Video Games Sciences, answered these questions. He was a guest at the second meeting of the VR/AR Association & ITMO University, organized by ITMO’s Department of Graphic Technologies of together with the project Video360Production.com and the International Association for Virtual and Augmented Reality. Here are the highlights of his speech. 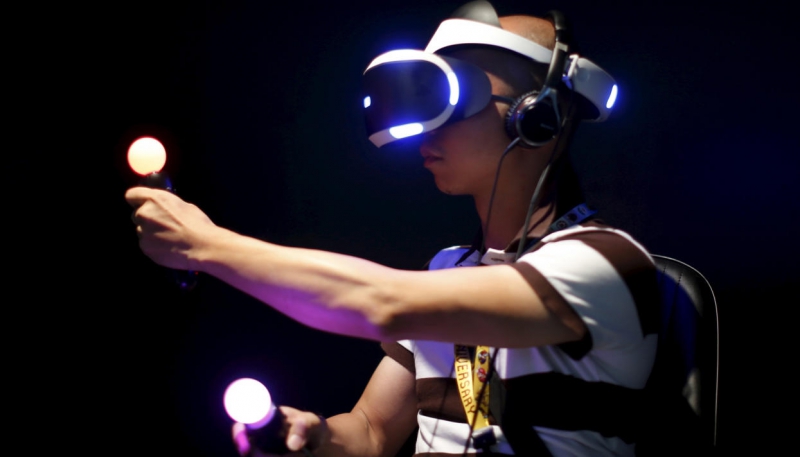 I work in the field of interactive design. I am particularly interested in creating methods for interaction between people and the virtual reality and human-to-human interaction within the VR itself. That is, I design human-machine interaction. When we talk about creating VR, the first thing we think about is the imitation of real life. It is important, however, to work out how to place people in this environment and ensure their communication. The game industry can already provide us with a way to solve such issues.

What is a game and how can it give us any ideas about interactive design? There are many definitions of a game, but I like the following: a game is an artificial conflict with rules that force us to interact with each other for the sake of a calculated result. What is a calculated result? These are points, awards, or a scoreboard. During a game we earn points that can be exchanged for rewards, the number of which determines one’s position in the final ranking. It’s the same in real life: at school, university or work - everywhere we earn points that affect our awards and results. This, too, is  a system where we can calculate our steps in order to get the result we need – which is, ultimately, happiness. It is human nature to strive for it. In a game, the ultimate happiness that motivates us is victory. The closer we are to victory, the stronger is our motivation. We know about this reward mechanism, but in the virtual world it is not enough.

Actions must be meaningful and interconnected

Even if you constantly gain points, a question will inevitably arise: what is the point? It is important in a game, just as it is in real life, to give reason to one’s actions. If your route and requirements for every virtual award are predetermined and outlined, you will quickly lose interest in the game. To solve this problem, we add a story to the game, so that you don’t just earn points, but also become a character in a certain narrative. Reaching the final stage becomes so important that you are ready to build new communications and fight for rewards. It turns out that virtual reality is identical to our actual one: your last step determines your next, the future depends on the past. You move forward in stages.

Another approach has players discover their creativity by giving them the tools to create their own world. In Minecraft, for example, there are no clear rules. The key here is that you feel important; you do not just consume what you were given. That’s why you have to create content that will engage people. Otherwise, virtual reality technologies will not be in demand.

VR has been around for a long time, and the technology has advanced greatly. To keep it from becoming a thing of the past, we need to make this technology as mainstream as, for example, cinema. After all, cinema was not particularly popular when it emerged in the late 19th century, and people didn’t believe that it would become one of the most popular leisure activities. A good movie carries a certain message and so can VR. You can create cool graphics and a primitive plot. Such a game will be like an expensive blockbuster that people quickly forget. However, there are games that tackle serious topics like, for example, domestic violence. These are the ones that are shown at international exhibitions, even if the graphics aren’t top-notch. Similarly, a low-budget film can become a classic if it has something to say to people.

The key issue in game development

The main problem of modern game developers is not the lack of specialists who can create great graphics. Companies often don’t have professional writers who can create an engaging story. The characters are a player’s main attraction, not the graphics or the picture. You're not going to watch a movie that does not excite you.

What games are easy to port into VR

The more “live” players there are, the harder it is to make a good quality game. It is difficult to perceive two points of view simultaneously. And if the game were to include complex player interaction, designing it becomes much more difficult. I can only see “straight line” plots for VR games, where you can only move forward. But we need to further develop the technology. After all, in reality or in the cinema we see the world from different angles, different points of view. Therefore, some games are easy to port to virtual reality, and some are not.

Virtual games will not replace real learning tools. You cannot teach an engineer only with the help of virtual, augmented and mixed reality technologies. VR can be an additional learning tool, along with books and movies. After all, no one has become a professional by watching tutorials on YouTube. Pilots use special simulators for training, but no one will let you into the sky with passengers unless you have gone through real-life training. Similarly, no one will become a professional 3D artist by playing VR games. Nevertheless, VR is a great environment for getting new skills that can be applied in real life.