The St. Petersburg-based project Road Accident Solver, which specializes in the development of road accident analysis and prevention software, has signed a $10 million contract with the Kazakhstan-based company TOO IT Creation. Kazakhstan has one of the world’s highest rates of deaths in traffic incidents, which is why the parties plan to use Road Accident Solver software to reduce the number of accidents and develop smart-city systems. 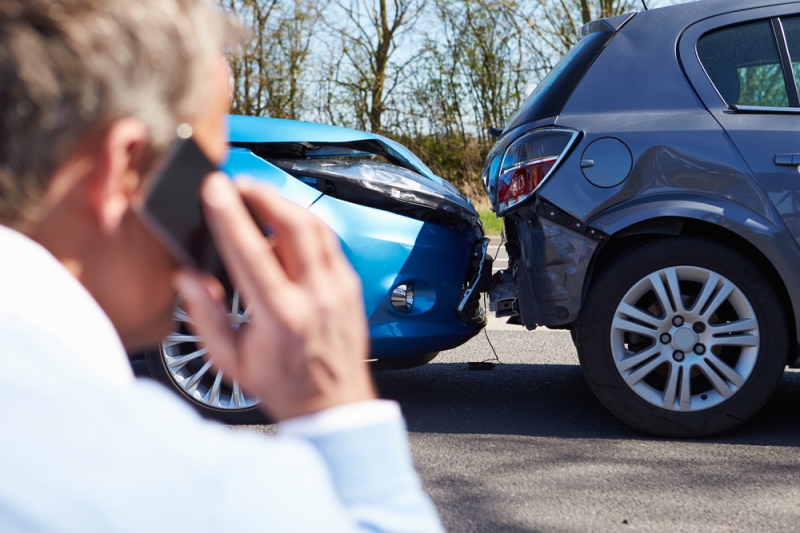 Road Accident Solver is a past participant of ITMO University’s Future Technologies acceleration program. For over six years, the company has focused on the development and operation of automated systems for road accident analysis and the compilation of European accident statements. A user involved in an accident may easily input the required data into the system which will compile an accident statement that can be printed and submitted to an insurance company. Such an approach eliminates the human factor. Another of the project’s features is an accident map formed based on user reports. The system also helps insurance agencies combat insurance fraudsters. Road Accident Solver is also beneficial for government services, such as road police, as it allows them to focus on the road network’s most dangerous areas. The project’s founder Evgeny Tyulkin has previously spoken about his team’s work in an interview for ITMO.NEWS.

The company TOO IT Creation, with which Road Accident Solver is now collaborating, is involved in the digitization of Kazakhstan and the development of smart cities, as well as working with the country’s government. By introducing Road Accident Solver to Kazakhstan, the partners plan to reduce the number of fatal road accidents. The St. Petersburg-based project will receive $10 million for a five-year period during which the company’s specialist will be involved in digitization initiatives in several Kazakh cities including Nur-Sultan, Kostanay, Oskemen, and Taraz.

“Today, Kazakhstan has some of the world’s worst road accident fatality rates with 24.2 deaths per 100,000 people every year. This country is in great need of our system because we know that the existing countermeasures, such as traffic cameras, are insufficient and don’t improve road safety. We have the opportunities – mathematical tools, experts – but no proper instruments in the form of software. We’re talking about complex anthropogenic processes and complex solutions. Our product is the only working solution on today’s market, which is why we’ve already drawn the attention of several countries including Kyrgyzstan, Turkey, and Ukraine. We are currently in talks with five CIS countries and one European Union member. In fact, our system has been used by individual citizens of those countries for a while now, but we must work on a wider scale with government support if we want to fight the statistics. In Russia, for instance, we’ve yet to receive any such support,” says Evgeny Tyulkin.

As part of the contract between the two parties, experts will carry out a digital analysis of the traffic situation in Kazakhstan; the entire project is planned to take place over the course of five years. Despite the long work period, Road Accident Solver founder Evgeny Tyulkin is confident that even after 18 months, the traffic authorities will be made fully aware of problem areas and the reasons for their existence.

“Access to our product is given to everyone on the customer level. If a country’s citizens use our system, but their government does not, the resulting database is worthless because it is not being used by government agencies or commercial organizations. This happens because they don’t have access to the tools that allow our clients to process user data and accident forecasts. In the case of Kazakhstan, we’re providing these tools to our partners. We’ll work together to analyze input and output data and thus gain insight into the various areas of the road network. The conclusions we’ll make using this software will allow us to save human lives quickly and cheaply,” explains Mr. Tyulkin.

The company’s tools will let authorities make well-timed decisions on the prevention of road accidents. If the experts determine that a series of speeding-related accidents are bound to happen in a certain stretch of road, they might choose to lower the speed limit in that area using road signs, speed bumps, or other methods.

“In addition to the software, we also offer a device that helps drivers maintain attention, which has helped us achieve a 30% reduction in the accident rate. This is done using special algorithms that allow the device to work with the driver in order to reduce the risks. This is an invention in the field of engineering psychology. I believe that such devices will one day become part of all automobiles. There are no counterparts to this technology, and we’ve already patented it. We have also been able to use the device in order to prevent tunnel vision, which is a cause of many terrible accidents. Another achievement of ours is that the drivers take in 100% of all roadside information (signs) instead of the usual 5-10%. These days we have plenty of tools that help drivers stay safe. Our project is much more expansive than it might seem at first. This isn’t just an app that helps you tell who’s at fault in a crash. Our end goal is to make roads safe,” comments Evgeny Tyulkin.

Today, Road Accident Solver and the St. Petersburg University of the Ministry of Internal Affairs are conducting joint research and a pilot launch in St. Petersburg’s Moskovsky District as part of a non-profit agreement. The results of this research will be provided to the Russian Ministry of Internal Affairs, where they will be used to make a decision on the continued integration of such technologies in other regions of Russia.

According to Evgeny Tyulkin, today the project offers the expert community and government authorities with an extensive selection of tools for the investigation and analysis of road accidents. For instance, the project’s experts have recently included a feature that measures a vehicle’s speed at the moment of a frontal collision, as well as another that determines the feasibility of avoiding the collision with a pedestrian. As of today, the software suite includes 28 tools that cover various complex road accident scenarios; all of these tools will be used in the company’s collaboration with Kazakhstan and other partners.