The Future Of Games Industry: Advice To Novice Developers

The games market continues to grow rapidly: according to data by Newzoo, in 2017 it grew by 10 billion dollars in comparison with last year, and is now at 110 billion; by 2020, it is expected to be at 128.5. Thus, game development continues to be a promising field, one just has to mind its latest trends. Romuald Zdebskiy, Microsoft's Games Lead for Central & Eastern Europe, shared about the many aspects of modern gaming industry and its future during a lecture at ITMO University which was part of the "Game worlds creation: from mathematical models to artistic image" practical course. 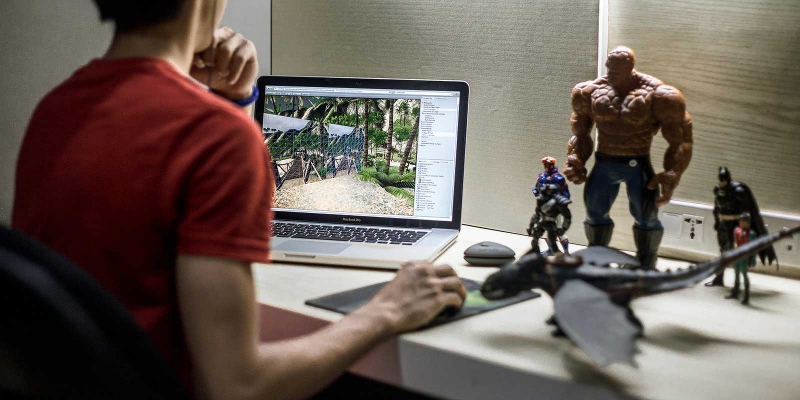 According to the data by Newzoo, by the beginning of the next decade, games for mobile devices take up half of the games market, and the sales of games for PCs will fall, as much as Facebook's profits from gaming apps. So, what does this mean? One of the obvious conclusions is that one has to focus on developing games for different mobile app stores like Google or Windows Store. Romuald Zdebskiy explained how game designers can use the Universal Windows Platform for creating games for Microsoft. He also shared that in the near future, all Microsoft products, from smartphones and consoles to PCs and HoloLens virtual reality headsets will become part of a common ecosystem based on Windows 10 and Xbox Live. This will allow creating applications that work for all Microsoft platforms and can dynamically switch between them. We've gathered the expert's best advice below.

Remember the keyboard and mouse

We actively promote games that imply using sensor screens, yet lots of people still use devices that work with the traditional keyboard + mouse interface. That is why one should make sure that the game works well with it, otherwise he or she will lose part of the target group. Make use of virtualization

When you install a game, it slightly adjusts the device's OS functions. Thus, in a couple of years one has to re-install the system, as it gets damaged. This is why developers should consider making games that would work independently from the OS, i.e. virtualizing them.

Mind the quality of console games

Try promoting your games on ID@Xbox

Yet, nowadays becoming a developer for Xbox has become easier. Microsoft has launched the ID@Xbox project that aims to support novice developers. You register, describe your game, then a committee decides whether to approve it or not. If the game is approved, it will be sold alongside Microsoft’s best games. Being visible is most important

If you feel that your game is still not on the ID@Xbox level, you can publish it using the Xbox Live Creators software. This program doesn't give the same opportunities as Xbox, yet it allows a novice developer become visible and start testing his or her product on a real audience, and search for investors while finalizing it. It's time for cloud technologies

Do you remember times when games were released on Xbox first, and appeared on Windows only several years after? Now, we want consoles, PCs and mobile devices to be part of one common system. For this purpose, we developed the Play Anywhere app, which allows playing the same game on different devices. For that, one has to store save data somewhere, and that is where cloud-based platforms come in. What's more, they can be used for more than just games, but game development as well.

3D and cognitive services are the future

We expect more VR and AR devices to be used in games; thus, there will be a demand for a common OS for such devices. At the same time, these VR and AR devices will have to be affordable and offer an opportunity to use them anywhere the player wants. For these reasons, they are to be fixed with different sensors, like those that can map the room the player is in and such. Developing games and devices that can track the player's mood and change the game according to it is a promising field, as well.