Xi-Cheng Zhang, head of ITMO’s International Institute of Photonics and Optical Information Technology and a member of ITMO's International Council, received a prestigious Alexander von Humboldt award. Award winners are invited to cooperate on long-term research projects with colleagues at a research institution in Germany. 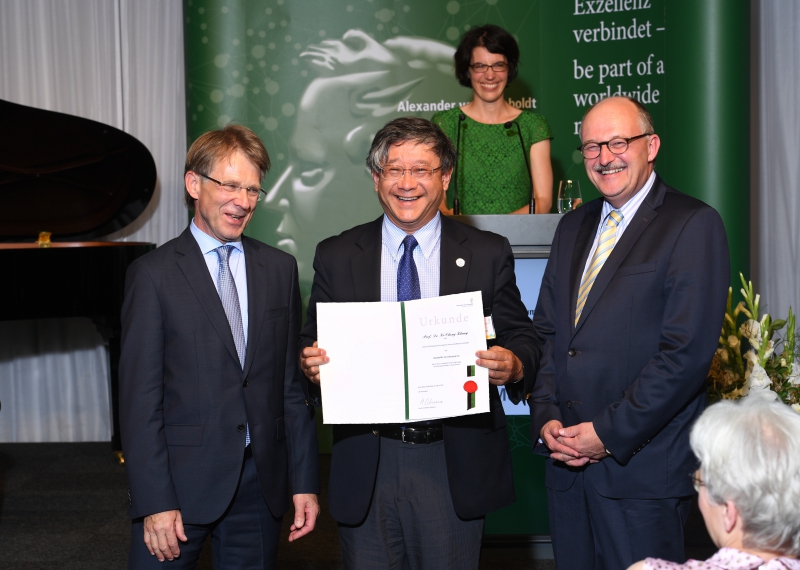 The Alexander von Humboldt Foundation annually awards prizes to scientists whose “fundamental discoveries, new theories, or insights have had a significant impact on their own discipline and who are expected to continue producing cutting-edge achievements in the future”. The award is valued at €60,000. Each year, about 100 scientists from all over the world receive this award.

Professor Xi-Cheng Zhang from the University of Rochester (the USA), which is one of the leading educational institutions in the field of photonics, will work in collaboration with Dr. Hartmut Roskos from Goethe University Frankfurt. They are both experts in the field of terahertz physics. Furthermore, Xi-Cheng Zhang is going to visit several other research institutions in Germany to discuss topics related to terahertz radiation, nonlinear optics, and visualization.

“Professor Xi-Cheng Zhang is the Head of ITMO’s International Institute of Photonics and Optical Information Technology and he is responsible for identifying key areas for the institute’s development, which include both fundamental and applied research. For one, we have recently published an article on ultrafast information transfer in IEEE Photonics Technology Letters,” comments Professor Kozlov.

As for fundamental research, the results will be presented at IRMMW-THz (43rd International Conference on Infrared, Millimeter and Terahertz Waves), that will take place in Nagoya (Japan) in September 2018. The event will start with a report by Xi-Cheng Zhang.

It is important to note that Professor Xi-Cheng Zhang received 29 American patents and authored and co-authored over 400 scientific articles. He is head of the Optical Society of America and a member of ITMO’s International Council. He contributed to launching a joint Russian-American educational program and a summer school in photonics for American students.