The ranking was unveiled by the news outlet Business Online on the occasion of the 4th anniversary of Tatarstan’s IT-capital Innopolis. As its creators note, the list includes those who define the successes of the IT industry. Niyaz Nigmatullin, a tutor at ITMO University’s Information Technologies and Programming Faculty and two-time ICPC world champion, was included in the top-50. This ITMO graduate is currently head of methodology at Innopolis University’s olympiad training school, where school students from all over Russia prepare for national and international competitions. 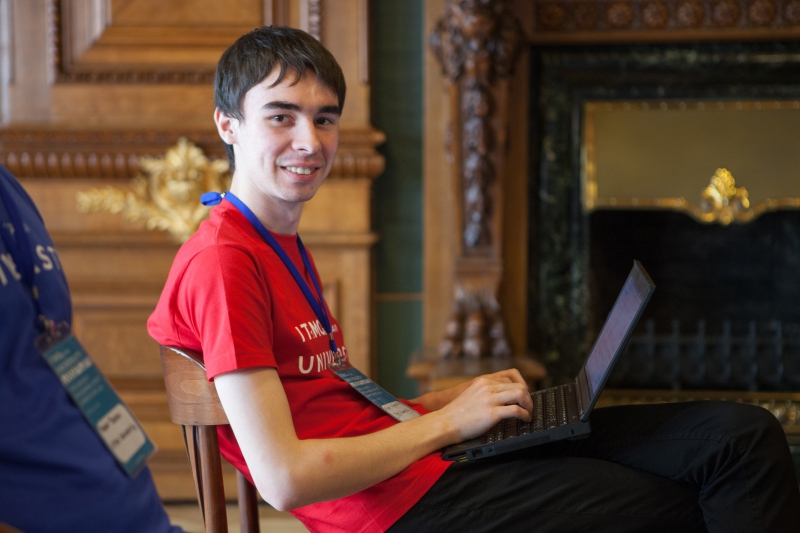 Per the authors’ intention, the ranking includes figures from all areas of Tatarstan’s IT ecosystem: developers, government officials, entrepreneurs, and more.

“The primary and only criterion is their influence on the development of the IT industry. It may be measured in their celebrity, the net worth of companies they are heading, their research projects and inventions, or their lobbying abilities,” notes the article, adding that the authors of the ranking consulted with industry insiders in the creation of this ranking.

Authors of the ranking paid special attention to the specialists working in the field of education and on various projects at Innopolis University. One of the areas of the University’s activities concerns their work with school students in the form of the competition training school, where Niyaz Nigmatullin is in charge of methodology.

The Olympiad Training School hosts competition training sessions in computer science, mathematics, and robotics. Sessions take place twice a year: in the winter (January to March) and in the summer (June to August). At the School, students acquire new knowledge and prepare for national and international competitions.

His collaboration with Innopolis University began in 2015, says Niyaz Nigmatullin. Today, he is the head of methodology: his tasks include the design of the curriculum and tasks for the students, and the hiring of lecturers.

“Our school gets kids from grades seven to ten; these are school students from all around Russia and countries such as Kazakhstan, Kyrgyzstan, Ukraine, and Belarus. In the winter, they mostly just prepare for competitions, but in the summer they also have the opportunity to learn new things at a sort of mini-camp,” he explains. “We usually get those who are able, at the very least, solve simple tasks at the level of regional competitions. In the summer, we teach them the basic algorithms of dynamic programming, which lets them work on optimization tasks. We also teach them basic graph theory and how to apply it in programming; as well as basic mathematics, combinatorics, and so on.”

Niyaz Nigmatullin is a two-time world champion in programming, PhD student at ITMO University, andtutor at the University’s Information Technologies and Programming Faculty; he also teaches the course Algorithms and Data Structures.

Today, Niyaz teaches at university, hosts training camps for schoolkids, and trains candidates to Russia’s national team for the International Olympiad in Informatics.

“Teaching, and especially working with school students, is interesting to me for several reasons. A major reason is that when I was in school, I didn’t have many people who could give me advice or teach me something. Later, this interest kept growing, and university played no small part in that process. I enjoy teaching, the process of sharing your knowledge. Working with school students also made me enjoy working with university students,” he shares.

At the same time, Niyaz is not giving up on competitions. In June 2019, he became a prize winner of Yandex company’s programming championship in frontend- and backend-development, data analysis, and machine learning. This year, the first place at the competition went to Gennady Korotkevich; the second place went to Mikhail Putilin, and the third to Niyaz Nigmatullin. Along with Gennady Korotkevich and Boris Minaev, Niyaz placed first at this year’s Google Hash Code in Dublin.

“Google Hash Code was my first experience at a competition of this kind. It’s different from what I’d taken part in as a student, so I was interested in trying my hand at it. The tasks are different, closer to real life, and you get to work with real data. They don’t have a predetermined solution, and you simply have to show results better than those of your competitors,” says Niyaz.

In the future, if time and conditions allow, he plans to continue taking part in competitions. Much of his time will also be dedicated to organizing competitions. In addition, he continues to take part in the development and design of the educational program Applied Mathematics and Computer Science at ITMO University.

“Ours is a highly competitive field, which is why educational programs require constant updating. We want to remain relevant and give our students the best education and the right skills so that in the future they’d be able to reach their full potential,” comments Niyaz Nigmatullin.