The Shock of the New — Latest Developments in St. Petersburg Theater. Part 1

It’s entirely fitting — given that the city of St. Petersburg is one of the great neoclassical wonders of the world — that its' pillared and porticoed theaters should be jam-packed with some of the most traditional and ultra-classical performances ever seen on stage. 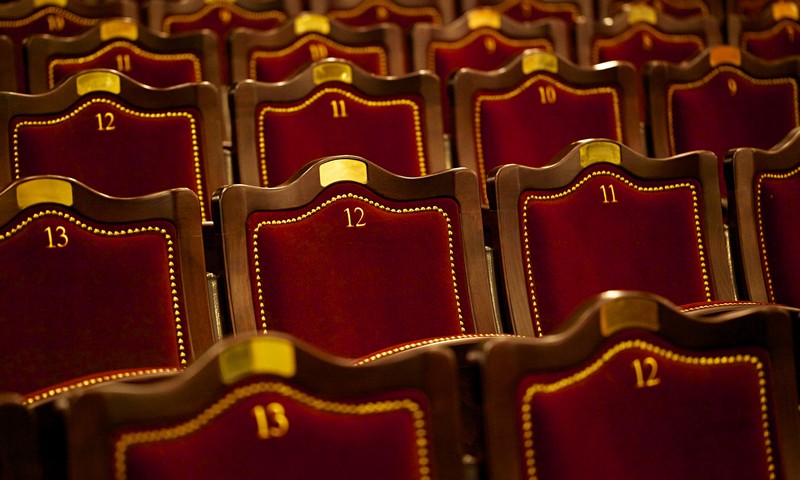 Only at the Mariinsky is it still possible to witness something on the grand scale of Prince Igor, a production of Borodin’s historical opera that boasts lavish painted backdrops not seen elsewhere since the end of the 19th Century, as well as real live horses clomping in from the wings.

And the Maly theater, meticulously crafted Russian classics have been elevated to the status of a religion. Prime examples include Brothers and Sisters, a monumental eight-hour adaptation of Fedor Abramov's novel about the intricate tapestry of Russian village life, and a version of The Devils, which also weighs in at about eight hours and supposedly features every single scene and scrap of dialogue from Dostoyevsky’s original novel. All of these shows — directed by the Maly’s high priest of classicism, Lev Dodin, who has been running the theater since 1982 — have been in the repertoire for decades and represent the very crystalized essence of the traditional approach: ostentatious acting; naturalistic sets; and reverence for the sanctity of the text.

But while tourists and more conservative local theater-goers will rarely stray much further than these and a handful of familiar institutions such as the Alexandrinsky and the Mikhailovsky, St. Petersburg actually boasts a dizzying number and variety of theaters and performance spaces — more than 80 at last count — many of which present work that is much more daring and diverse. Until the arrival of Andrei Moguchy in 2013, the Bolshoi Drama Theater or BDT on Fontanka Embankment would just have been yet another bastion of the classical status quo, but in just a few short years the firebrand director has transformed its repertoire. His assured, multi-layered adaptation of Nikolai Chernyshevsky’s soviet classic Chto Delat? or What is to be Done? not only introduces intriguing visual motifs and fractured gothic backdrops inspired by American theater guru Robert Wilson, but also injects subtle social and political messages into Chernyshevsky’s fable about the cultivation of the socialist "New Man.' The pursuit of "Freedom' in this production is seen as just important now as when the novel was first published in 1963.

Moguchy’s most recent offering is an interpretation of Groza, or The Storm, by 19th Century Russian playwright Aleksandr Ostrovsky. The set is no more — or less — than a dramatic flash of lightening in the velvety darkness, a brilliantly realized embodiment of the play’s central concept. Rather than mundanely entering or exiting, the actors are delivered to the audience on miniature platforms, rolled in and out by shadowy stage-hands. However, despite Moguchy’s efforts to liven everything up by injecting musical interludes and highly eccentric performances — the actors spasm, squeal and screech throughout! — Ostrovsky's arcane Russian dialogue and vocabulary make this a very challenging experience for non-native speakers. Make sure you carefully read an English translation or at least a synopsis before attending.

But perhaps Moguchy’s greatest achievement since taking over at BDT has been his stunning production of Pyanni or Drunk, by contemporary playwright Ivan Vyrypaev. The play itself is about the "holy state' of drunkenness, where alcohol doesn’t simply inebriate but unlocks an innocent sense of childish honesty that is entirely missing from our grey and sober daily reality. There is drunken violence too, as well as deep and dark emotions, lunacy and the horrible realization that almost everything of value that happens in our lives — from meeting our life-partners to deaths, weddings, anniversaries — takes place beneath a veil of alcohol. What might have been a gore-fest of embarrassing and artificial stage drunkenness — is entirely avoided by Moguchy with a single staging master-stroke: a huge raked bouncy foam cushion that covers the entire space. Actors don’t have to "act' drunk — there is just no other way to navigate this rubbery platform other than to stumble, hobble and crawl. The play itself gets a little too theological in the religious discussion that dominates towards the end, but it doesn’t stop the production from being a triumph overall. BDT has also supported the work of the outlandish Ukrainian theatrical "bad boy' Andrei Zholdak, whose new production, entitled Zholdak’s Dreams, can currently be seen on the BDT other venue on Yelagin Island. It takes a polite Italian comedy of manners entitled A Servant of Two Masters by 18th century playwright Carlo Goldoni and utterly transforms it into a grotesque adrenaline-fuelled live video game, complete with mass-killings and cross-dressing. Actors lip-sync the entire text — like a parody of some badly dubbed South-American soap opera — to a track created live by two sound-effects artists sitting by the side of the stage. There are moments of quiet beauty, but this is all about wild, camp, transvestite fun!

Another major St Petersburg theater producing progressive work is Lensovet on Ulitsa Vladimirskaya. There is plenty of sentimental, crowd-pleasing stuff in the repertoire — but it’s more than compensated for by shows such as The Demons, a dissertation on the prickly subject of love and blood-soaked torture, built around the music and lyrics of the great Jim Morrison and Three Sisters, which reboots Checkhov’s classic and gives it a visceral contemporary setting. But most striking of all is Lensovet’s deconstruction of Shakespeare’s tragedy, entitled Makbet Kino. This phenomenal four-hour extravaganza opens with an onstage suicide and ends in the most unusual fashion with Lady Macbeth wriggling, writhing and pulsating to the music of Michael Jackson. Everything that comes in between is no less surreal — demented witches wailing Russian chansons; blood-soaked banquets with bears; a tropical storm of car-tyres raining down on the stage. The only drawback is the preponderance of text — but even if you occasionally understand little that is being said, there is enough on offer visually to make this a rich and often unforgettable experience.

But if you thought that this was about as strange as St. Petersburg Theater could get, the city of the Kunstkammer — Peter the Great’s chamber of freaks, horrors and embryos in bottles, still open to the public — can still deliver a few surprises. In the second part of our series on St. Petersburg performance, we’ll visit the smaller, more obscure venues where the most unique and unconventional work is aired. Hold on to your playbills, folks!