St. Petersburg 2103: Building the City of the Future

The “St. Petersburg 2103” exhibition about the past, present  and  future of the city has recently started in the Manege Central Exhibition Hall. Why did Catherine II want to make the city smaller, while Alexander I wanted to extend it? What does modern St. Petersburg look like? And what will it look like in the future, for example, when it turns 400 years old? The exhibitions give you an opportunity to think about the development of the city and try your hand as a developer with the help of an interactive game designed by scientists from ITMO University. 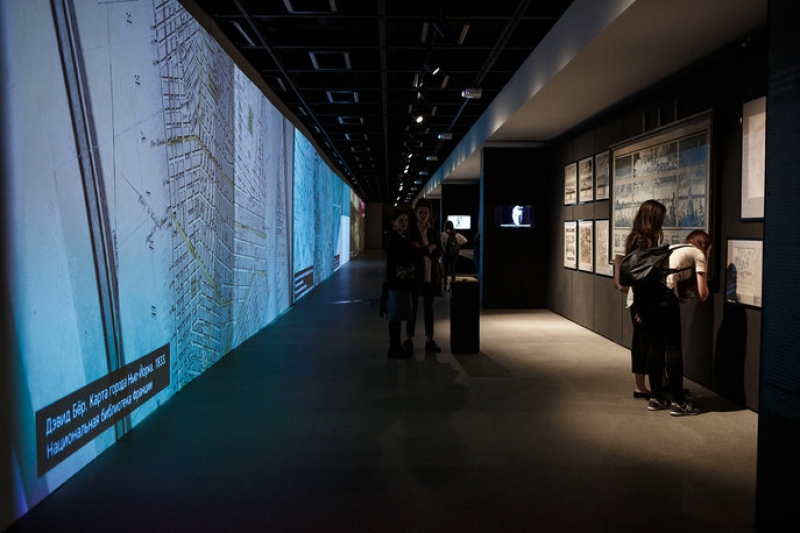 The “St. Petersburg 2103” exhibition is organized by ITMO University, the Manege Central Exhibition Hall, and St. Petersburg City Administration. Among the coordinators of the event are Maria Elkina, an architectural critic and a member of the Heritage Conservation Council, and Maria Makogonova, head of the exhibition department at the State Museum of History of St. Petersburg, as well as specialists from ITMO University, such as Andrey Boyarintsev and his team, Sergei Padalko and Andrei Voronov.

The exhibition occupies 5000 square meters and unites about 20 events and seven international projects. The main focus lies in urban development of St. Petersburg.

According to Mikhail Klimovsky, an adviser to the Rector of ITMO University, the organizer of the exhibition, one of the purposes of the project is to picture how the city planning museum of St. Petersburg might look like. Many big European cities have such museums. For example, the Pavillon de l'Arsenal in Paris, a center for urban planning, which hosts regular exhibitions on urban studies and design.

Researchers from ITMO’s Institute of Design & Urban Studies (IDU) also plan to create such a museum in St. Petersburg. IDU is an education and research hub organized to promote urban transformation. IDU has long been organizing various forums and plenary sessions aiming to encourage citizens to take part in urban development projects.

“The main purpose of universities is to transfer knowledge, develop science and thereby improve the environment in which we all live”, comments Mikhail Klimovsky, “There are many experts in urban studies at ITMO University. Modern technologies combined with knowledge in the field of urban development allow us to analyze the city dynamics”.

The exhibition is divided into three sections: the past, the present and the future.

The first section features the history of city planning in St. Petersburg. Why did Catherine II want to make the city smaller? Could the construction of the subway at the beginning of the last century prevent the revolution? The answers to these and other questions can be found on the first floor of the exhibition.

Another section is called “The Twilight of St. Petersburg” and it features a large multimedia installation about the city’s suburbs.

Build your own city

A separate exhibition area is a platform where anyone can try their hand as a developer and build their own district in the “city of the future” from scratch using industrial robots. “Build your own city” is an interactive game created by specialists from ITMO University in collaboration with the “Two and a Half” laboratory.

“Games are a very popular and efficient way to arouse people’s interest in urban planning. And this game is a very important part of the exhibition as it allows visitors not only to learn about the history of the city, but also to do something on their own. It also helps you to understand that though a city is a very complex structure, you can still change it yourself”, says Mikhail Klimovsky.

St. Petersburg of the future

The second floor of the Exhibition Hall hosts the works of seven groups of artists and architects, including The Why Factory laboratory from the Netherlands, French filmmakers Ila Beka and Louise Lemoine, architect Sergei Choban and COSMOS architecture bureau, as well as other Russian artistic groups, such as Curiosity Media Lаb, 404.Zero and Stain.

The section is called “VISIONS” and it allows visitors to look at the city from different perspectives. Will Vasilyevsky Island turn into a new Chinatown? Will St. Petersburg become the city of skyscrapers? What will happen to the city’s suburbs? Architects, artists and filmmakers share their views of the city’s future.

The exhibition will last till July 16 and will end with a visit of Winy Maas, a Dutch architect, landscape architect, professor and urbanist, and the founder of the Why Factory studio at Delft University of Technology. For more information about the exhibition check out this link.