QS has revealed today its 2018 World University Rankings by Subject. This year, one of the most influential rankings in the world reviewed the performance of over 1,000 universities from 151 countries. QS researchers ranked the universities in 48 subjects and five general subject areas. ITMO University is now present in three subject rankings and, for the first time ever, is included in the Engineering & Technology subject area. ITMO’s highest position is in the Computer Science & Information Systems ranking, where it has gone up by 100 spots as compared to last year. 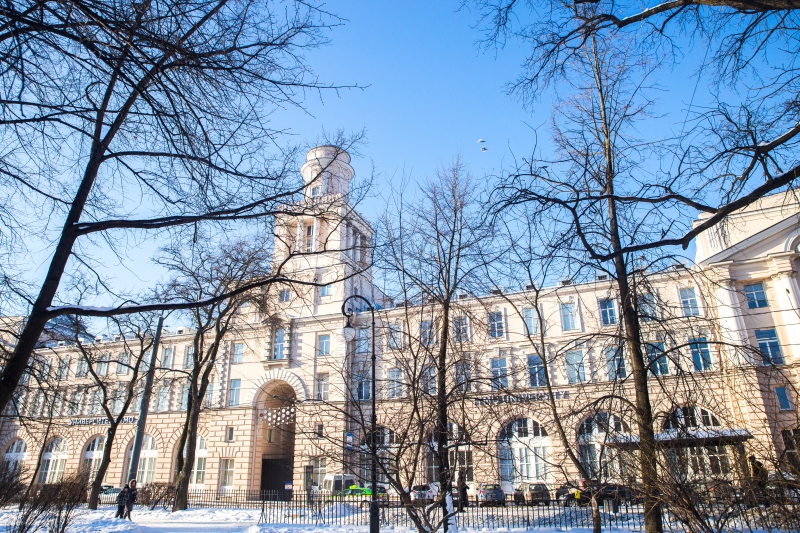 ITMO University has significantly improved its position compared to last year. It is now represented in three subject rankings: Computer Science & Information Systems, Physics & Astronomy and, for the first time, Electrical & Electronic Engineering, which it entered in the 351-400 position. Also, in the broad subject areas, ITMO has entered in the Engineering & Technology rankings at the 401-450 position. ITMO’s most significant improvement was in the Computer Science & Information Systems ranking, where it gained about six points, which allowed it jump over 100 positions (251-300 in 2018 compared to 351-400 in 2017). The biggest increase in points was in the employer reputation metric.

According to ITMO’s Ranking Research Center, the competition is particularly strong in this subject. This year, QS considered 1,258 universities for this subject compared to over a 100 fewer for physics. Finally, only 500 universities make it into the actual ranking. In Electrical & Electronic Electrical Engineering, where ITMO is at the 351-400 position, it gained points in several metrics, including employer reputation, h-index and citations per faculty. In Physics & Astronomy, where ITMO is also at the 351-400 position, the biggest gain came from h-index and academic reputation metrics.

It must also be noted that the results of QS subject rankings corresponds to that of the general QS World University Rankings that were published in June 2017, as the metrics that were used for the general ranking last year were also applied when calculating the subject rankings, explains Ilya Kuftiryov, head of the ITMO Rankings Research Center. He also adds that, as per QS’s methodology, the scientometric analysis accounted for the publications made in 2011-2015 and the citations made in 2011-2016. Therefore, there is a noticeable time lag between the data on which the 2018 ranking is based and the ranking’s actual date of release. This suggests that in order to advance in the QS rankings, universities must apply efforts over long periods to achieve a cumulative effect - which is evident from this year’s rankings.

According to the head of ITMO’s Rankings Research Center, the main factor that helps ITMO rise through the subject rankings is the university’s increasing level of international recognition.

“ITMO University is now a recognized leader in the fields of computer science and programming. We only appeared on QS’s radar relatively recently, so the results we have in the Computer Science subject ranking – I’ll venture to say – do not yet properly reflect our “non-ranking” level of recognition. And so the 251-300 position is far from our limit,” - he says.

“We work hard and meticulously to attract international staff to ITMO: promising young researchers for our postdoc programs and established, prolific scientists for our Fellowship and Professorship programs. In the end, this is what helps the university ensure not only the improvement of its statistics, but also a positive effect on its international recognition and reputation - which will determine its long-term growth,” - comments Ilya Kuftiryov.

Another powerful incentive for the increase in ITMO’s international endeavors is its participation in the 5-100 Russian Academic Excellence Project, which launched in 2013. Since then, the university has established numerous international double-degree and academic mobility programs in cooperation with its partner universities. As the head of ITMO’s Rankings Research Center points out, the university has enough potential to further improve its standing not only in the subject areas it currently ranks in, but others, too - including social sciences and humanities.

“Much of our research here is interdisciplinary in nature (IT and speech technology in linguistics; materials science and medicine; bioinformatics; optics, photonics and lighting design; chemistry and biotechnology; computer science and urban studies), which reflects on our results in the subject areas that were, historically, not part of the university’s profile. There are reasons to believe that with time, these interdisciplinary tendencies will only grow, which will have a further effect on our performance in different subject areas,” - concludes Mr. Kuftiryov.

Russian universities are present in the top-50 of eight subject rankings. Analysts point out that Russia's biggest areas of success are still Physics & Astronomy, Computer Science and Mathematics.