Today, the new subject rankings for scientific productivity by the “Expert” analytical center have been published. ITMO University retained its leadership position in the field of Computer Science (including the Artificial Intelligence subject area), and also took the lead in chemistry, chemical technologies and management among Russian universities. The rankings focus on research work at universities and the quality of publications. 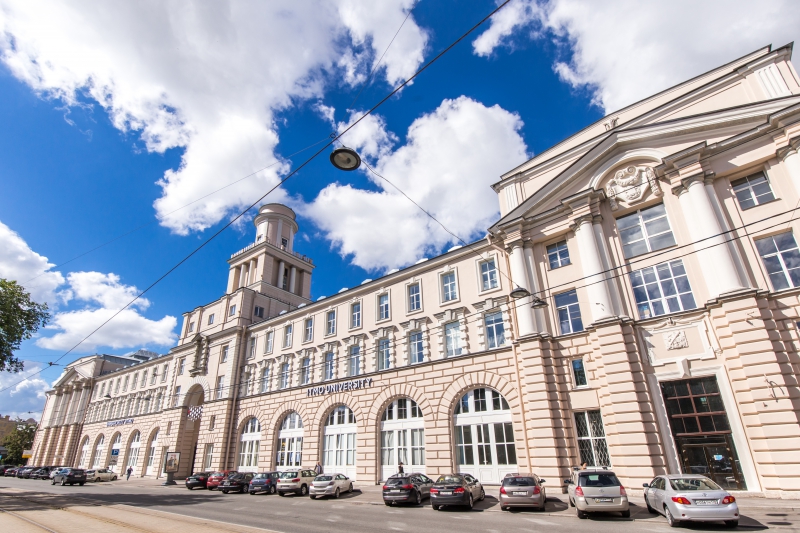 The “Expert” analytical center has been doing various research since 2015. During this time, its employees have conducted over 50 projects, including development concepts of industrial estates, monocities, as well as complex social-economic development strategies for Russian regions. Despite its focus on business, the center also conducts projects in the field of education and publishes annual subject rankings of Russia’s best universities.

The center’s experts review universities in 14 subject areas: engineering, computer science, mathematics, materials science, Earth sciences, social sciences, chemical technologies, chemistry, physics, energetics, humanities, life sciences, economics and medicine. They consider universities that have published at least 0.5% of the overall number of Russian research articles in the last four years (2015-2018), with a focus on articles published in journals that are indexed by Scopus. What’s more, in 2019 the subject line-up was extended further. More specialized subject areas were included in the rankings: metallurgy (as part of materials science), biochemistry (as part of life sciences), artificial intelligence (as part of computer science), and Earth sciences, ecology, economics and management were treated as independent subjects.

The approach used for subject rankings by the “Expert” analytical center is different from the one used by leading ranking agencies such as THE and QS. First of all, the ranking places an emphasis on the various aspects of universities’ productiveness and efficiency in what is associated with their publishing activities, and disregards the so-called reputation criterion that is based on polling experts. A university’s position in the rankings depends on the following criteria: the scientific journals that its staff publish their articles in, the overall volume of citations in these journals, and the quality of a university’s researchers based on their h-index.

In 2019, ITMO retained the top position in computer science, got to the top in artificial intelligence and became one of the leaders in the field of chemistry (3-4th position last year). Lomonosov Moscow State University and Novosibirsk State University got second and third positions correspondingly. ITMO University also became the only university in the chemistry subject ranking that got the highest score of 100 points in the “quality of journals” criterion. According to Vladimir Vinogradov, head of the SCAMT laboratory, this achievement is a natural result of the university’s policy.

“As a classical field of science, chemistry has long had its conventional leaders whose development model hadn’t changed for decades. ITMO University has somewhat revolutionized this field. In essence, we do lag behind other universities from the ranking’s top-5 in what has to do with the number of published articles, but our high positions in other indications reflect the university’s policy in the field of scientific productivity, namely adhering to the fair play concept and a focus on publications’ quality rather than fabricated quantity. This includes publishing high-quality articles on topics that are considered relevant by the international scientific community, publishing articles in highest quartile journals, and collaborating with scientists from all around the world. The driving force of this process are ITMO’s international research centers that bolster the new paradigms of science, education, and innovation activities,” comments Vladimir Vinogradov.

But chemistry is not the only field that ITMO has progressed in in the new ranking. The university made advances in the field of materials science (from 7th to 3rd position), engineering (from 6-7th to 2nd position), and economics and management (from 7-8th to 3rd position). On the whole, ITMO appeared in 12 of the 14 subject rankings.

Professor Aleksander Kudrin from the Faculty of Technological Management and Innovations associates the progress in the economics and management ranking with the changes at the Faculty that reflect its intention to renovate and focus on the university’s strategic priorities.

“I am talking about the entirety of changes associated with the Faculty’s various fields of activity, explains Aleksander Kudrin. Our portfolio of educational programs is changing, especially in what has to do with Master’s programs. There are also radical changes in the structure of our educational programs, and we place much emphasis on paying due regard to the requirements of employers and the current forecasts for markets’ development, including that of the labor market, and the emergence of the professions of the future. The students’ and lecturers’ activities that are associated with publications and participation in conferences are also on the rise, which speaks of the intensification of research work at the Faculty. We are developing a new system for working with PhD students, and are preparing to bring together a thesis board for awarding our own academic degrees in the field of economics. Our effort in involving both the academic staff and students in innovative processes and projects has also been successful, and more and more students speak about their interest in choosing a startup format for their graduation theses.”

The professor also adds that the StartupGame acceleration platform that offers marketing support to startups and innovative projects is currently operating at the Faculty of Technological Management and Innovations as part of the Marketorium project. The project’s other activities (contests, case tournaments, business games, and series of workshops by representatives of business) provide for a high level of practical focus of the Faculty’s educational programs. Much attention is also paid to new professions; for one, the School of IT marketing experts has become an award winner of IT HR AWARDS 2018-2019.

According to Ilya Kuftiryov, head of ITMO University’s Rankings Research Center, the rankings by the “Expert” analytical center are substantially the only reputable subject rankings of Russian universities.

“For historical reasons, universities in Russia are above all educational establishments. Still, we all know that according to the Humboldtian model of higher education that was proposed back in the 19th century, a good education has to include research activities. The rankings by the “Expert” analytical center make it possible to forego the perception of universities as purely educational establishments and assess their potential as research centers,” explains Ilya Kuftiryov.

We’d like to add that the “Expert” analytical center has also presented the results of a ranking of Russian universities’ inventive activities that is based on analyzing such patent bases as PatentLens, Google Patents and FIPS (Rospatent). In 2019, ITMO University has secured its position in the top-20 of the ranking.