The Limitless Fashion project was founded in 2016 by Valeria Kudrina, a student of Saint-Petersburg State University of Industrial Technologies and Design who’d been working with disabled people for several years by then. Some time later, she was joined by Polina Andreeva, her peer. The two students who studied on a costume design program started to develop a project on designing adaptive clothing for wheelchair users of different ages. The project got second place in the People Need You! federal contest conducted by ITMO’s Volunteer Center, and got into Tommy Hilfiger’s selection of top-20 socially important projects. In an interview for ITMO.NEWS, Polina Andreeva spoke about how their project helps integrate handicapped people into society. 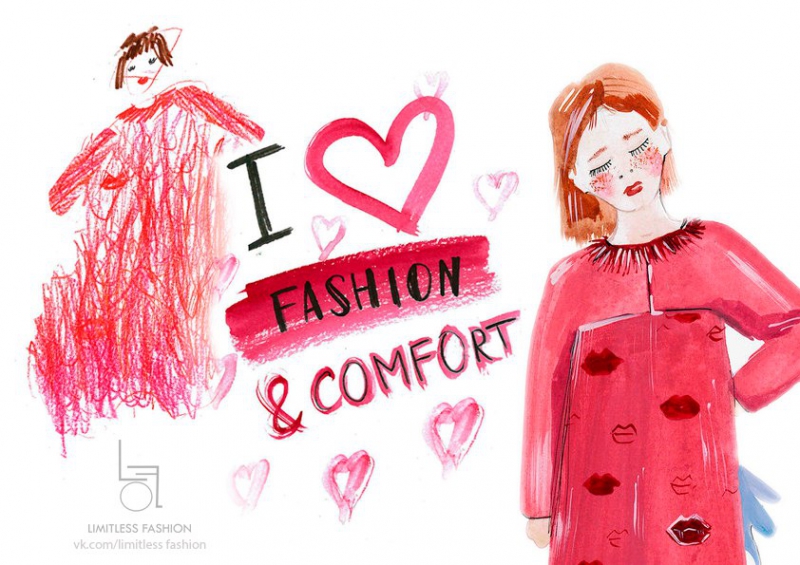 The Limitless Fashion project helps disabled people look good and feel great. How did you get the idea for it?

The project’s idea belongs to my colleague Valeria. During her first year as a Bachelor’s student, she participated in the People Need You! program with her “Letter for a friend” project that had to do with exchanging letters between orphanages in Izhevsk and Pavlovsk, where the  communication between orphans from different cities was established with the help of volunteers. After the project had been completed, Valeria continued to interact with orphans from the Pavlovsk orphanage, most of whom are people with mental or physical disabilities. Having spent much time with them, she understood that they experience problems with getting dressing on a daily basis. At a certain point, she decided to combine her study focus with her desire to help.

In December 2016, ITMO University hosted the International Festival of Social Entrepreneurship that representatives from the USA took part in. As it was necessary to present the project’s concept to an international audience, Lena turned to me for help. I really liked the idea, and became a permanent member of the team.

What are you current achievements?

Since the start of the project, we’ve developed three outfits for children which we gave as gifts to girls from the Pavlovsk orphanage, and a basic line of stylish adaptive clothing for male and female wheelchair users which is good for both work and rest. We received positive feedback and found partners among non-profit disability organizations in St. Petersburg. We’ve re-branded our project’s visual identity, and conducted market analysis.

How do you get on with the project’s development?

For two years already, we’ve been designing clothing that is both fashionable and comfortable. First of all, we consider the  feedback of our target audience and our own concepts: simple, relaxed fit and handy fasteners, as well as such details as insets in sleeves that prevent the fabric from raveling due to contact with a wheelchair. We often ask people with disabilities about things they would’ve liked to change in regular clothing. For instance, when working on the outfits that we presented to the girls from the Pavlovsk orphanage, we asked them to draw the concepts themselves in order to better understand their color preferences. Of course, we take into account modern fashion trends, as well.

How expensive is adaptive clothing?

The prices in specialized shops are often steep. For instance, a pair of pants can cost from 7 to 15 thousand rubles (110-220 USD -- Ed.). Obviously, not everyone can afford that, so many people with disabilities wear regular clothing. We aim to make clothing with simple fit in order to minimize expenses and time spent on production, and thus lower the cost of the final product. Nevertheless, our prices are still higher than those of the mass market, as it is custom tailoring clothing that we make.

How do you solve financing problems?

We created our first clothing for the Pavlovsk orphanage using our own funds. Then we found a sponsor: a friend of our project made a private donation. This money was used to create a fashion line for adult men and women.

What are the other problems that you have to deal with?

For now, the biggest issue has to do with expanding our team. Currently, it is only two of us who act as designers, organize the work process and also solve a wide range of other tasks, from working with social networks to fundraising. We really need more designers, as well as people who are good with PR. In other words, our goal is to gather a team composed of concerned people like us. Another important task is to establish communication with our target group. As of now, most wheelchair users don’t even know about our existence.

Tell us about your participation in the international contest by Tommy Hilfiger.

The Tommy Hilfiger team launched an accelerator for projects aimed at positive change in the fashion industry on the YouNoodle platform. We were really glad to learn about it, as this company once released a fashion line for kids who use wheelchairs: the clothing looked regular but had such handy details as closings based on magnets and velcro, and such. During the first stage of the contest, we sent them an electronic application where we explained the project’s mission, the problem it solves, and its social and business aspects. We executed it as a fashion magazine dedicated to our project. At the contest’s preliminary stage, they identified 20 best teams worldwide, and we made it to this list. Participating in this contest really motivated us; we sped up the development of our brandbook, learned to find creative solutions, and got a good record for our startup’s resume.

What can you tell us about the state of adaptive fashion abroad?

Much as in Russia, they mostly have singular projects. There was this line by Tommy Hilfiger, and also works by Izzy Camilleri, a Canadian designer. In the USA, there’s a company that produces adaptive clothing for the elderly, but they don’t care much about modern trends. On the whole, there is a trend towards designing adaptive clothing, but I can’t say that it’s well-developed. During the recent Japanese-Russian exchange, we were glad to learn they organize fashion shows at the Japanese National Rehabilitation Center for Persons with Disabilities. We’ve already exchanged contacts with them, and hope that this trip will mark the beginning of a long and fruitful cooperation.

What motivates you to continue working on the project?

First of all, the idea that fashion should be accessible to everyone. As people who think that style is important, we believe that clothing helps people open up, express their individuality and even understand their potential. When you like how you look, you become more confident, and find it easier to communicate with others. Fashion can remove barriers: stylish people, be they wheelchair users or not, are all one and the same.

The second reason is the reaction we get from our target audience. When we presented our gifts to girls from the orphanage, we could see that they were truly happy: before that, they never even tried wearing dresses. The third reason is our team. We greatly motivate each other, and in the course of working on the project, me and Lera have become really close friends.

Soon, we’ll be launching a website with information about our products. We are also set on establishing contact with our target group in order to learn more about not just its needs but also about their daily lives. We plan to expand our team, and participate in fashion shows and events dedicated to integrating people with disabilities into the society. For now, there are too few such events. For now, we learn about people with disabilities and their lives from such projects as a mini-series that is part of the “Home Cities” social investment program, and the “Energy of Positive Change” project of ITMO’s People Need You! program. If there were more such projects in mass culture, it would’ve been easier for everyone to understand that people with disabilities experience the same problems as we do.