Last night I was talking to my friend. We were discussing how Germans and Russians are alike in some ways. My friend told me: "You and I are coconuts. But, for example, Americans are peaches" and I couldn’t help asking: "What if I want to be a mango?" 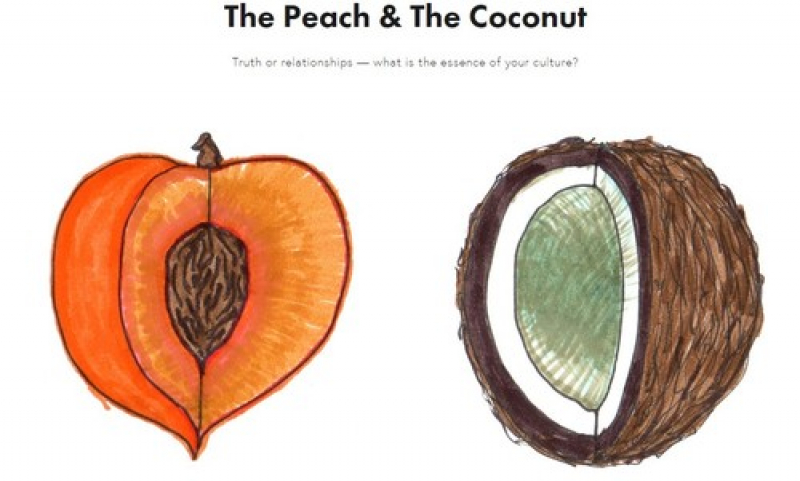 Turned out that coconut and peach are examples of mentality. Russians and Germans are perfect examples of "coconuts". They don’t smile much; they are not talkative and sometimes maybe even seem aggressive. But if only you got through their shell, you’ll find the whole new world of the closest friendship treated almost like a family relation. Americans and Japanese are more like "peaches". They’re smiling, they’re always ready to talk about everything and say "Hi! How are you?" to every stranger. However, when you try to get to know a "peach" better, you’ll find a firm pit inside. They won’t tell you how things are really going and won’t say anything more personal than the weather forecast.

When I started to spend more time with international students, this was one thing which always confused me. Sometimes my American or Spanish friend could tell me "Hi! How are you?" And then leave without waiting for the answer. Later I realized (it wasn’t really me realizing, I asked around 15 people) that to say "How are you?" is the same as to say "Hello!", without this question the greeting would sound rude.

Another example of culture mentality is Swedish people. They can be so shy that when they leave the house and see their neighbors through the peephole, Swedes will wait for the neighbors to leave first and only after that will leave the house themselves. In Russia it would be considered rude or weird but in Sweden it’s totally normal.

We are very different. Someone has a shell; someone has a pit. Doesn’t matter if you’re a "coconut", "peach" or "mango", you’re a person with your own amazing traits. Let’s just enjoy the company of each other and maybe someday we all will be "seedless grapes".