You realized you want to settle in St. Petersburg for a long time, but are not satisfied with traffic jams and mobility in general? Be sure that within several years, the city promises to transfigure a lot, and particularly — its under-ground transport network. Local subway seems tiny relative to Moscow’s one, though it is about to double its size in a couple of decades. So, what will the metro look like, and citizens of which districts will appreciate upcoming changes the most? 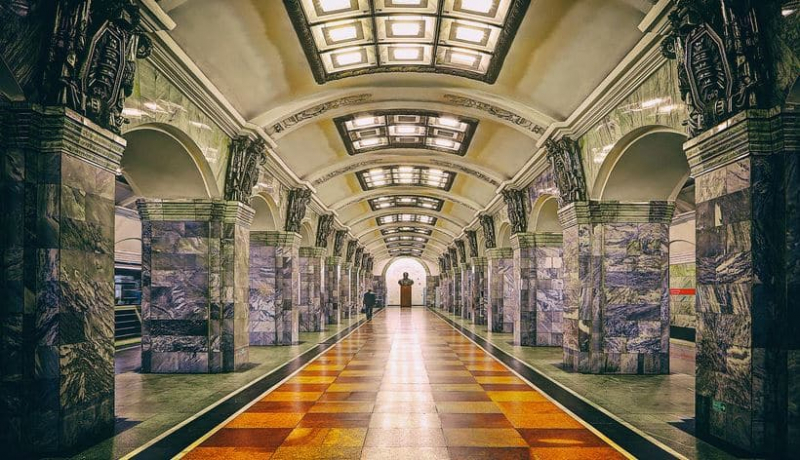 Nowadays, our subway experiences lack of financing (especially if we compare it to Moscow underground). Moreover, geological conditions are harder, so expenses are rising linearly relative to the depth of the tunnels (it is two and a half times bigger than in Moscow on average). That is why while dozens of stations are put into operation every year, the St. Petersburg underground can delight us with only about 1 station per year: since 2012, only 5 new stations opened their doors to passengers.

In its best years, the Petersburg metro pushed the engineers to invent lots of building innovations, first tried right here. That happened mostly because of swampy ground, where the city centre is located. But now the downtown subway is built up enough to satisfy the citizens' needs, so digging in future will be carried out mostly in easy soils — new stations in the centre will only be needed to unite all lines into a single transport system. And since then, the experience of Moscow metro-builders is becoming much more convenient — they learned how to build cheap, shallow stations with an emphasis on utility, but not grandiosity.

You can have a glance at the map to realize where are the greatest transport problems, and where new metro stations are needed the most. With the naked eye, it seems that Krasnogvardeysky district, in spite of belonging to St. Petersburg, is very away from the city in terms of public transport and its speed. Also it is obvious how the new stations should appear on a layout — as a new line. It will be continued to Kirovsky district — there are some distant islands, which are hardly accessible even by your car.

The second important place to develop is the Primorsky district. While other districts have been forming historically, these one started to build up rapidly about ten years ago. Thousands of houses are built in a wasteland, some 5+ kilometers away from the metro. New stations are about to become a continuation of 3rd and 5th lines, and will be linked somewhere, because these two lines are the only which do not have direct transfer despite their intersection in Admiralteyskiy district.

Last but not least in this list will be the circuit line, which really does not offer many new locations, but has another purpose — it must greatly reduce metro traffic in the city centre (where all interchanges are located for now) and offer an alternative route if you need to move between adjacent areas.

So, now the government is certain about how the subway should be built, and where it is needed the most. But what will be after the implementation of nearest perspective plans? We may look at Moscow’s experience — the city is growing exponentially, without any bounds or slowdown methods from the government. So, underground must be developed at the same speed and on the same scale. Here we are facing a very strange approach in St. Petersburg metro building — some terminal stations, such as Devyatkino, Parnas, Kupchino, Shushary and Rybatskoe are built to be terminal, meaning they are all located above ground and cannot provide changing the direction without paying for a new ticket, shortly said — are deprived of opportunity to develop areas located further than that terminal station. Of course, this approach provides lots of economy, and these stations may serve for many decades as terminals. But I strongly believe that they must be demolished or reconstructed someday in order to expand the transport system of St. Petersburg.

Also, some very distant districts, such as Petrodvortsovy, Pushkinsky, Kurortny and Krasnoselski, do not even seem as part of the city, but formally — they are. So the deeper integration of these areas is vital to the city, and the current transport system may offer only commercial minibuses or suburban electric trains.

But as well, we must not forget about ground public transportation. Moreover, we must not think about it as a separate phenomenon — it must be included in a whole and united city transport system, common public transport in big cities is firstly needed to complement the underground, making the root where underground is impossible, or cannot be built due to financial difficulties. So it is very likely to obtain transport availability from any area to at least two different stations on two separate lines — so in case of emergency people will always be able to travel through the city with minimal time losses. And according to upcoming transport reform, it will happen quite soon.

I strongly believe that these development plans will be coming true before our eyes. This great city deserves a great metro, as well as it deserves all the historical sights it has.