I always wonder why birds stay in the same place when they can fly anywhere on the earth. Then I ask myself the same question. (Harun Yahya) 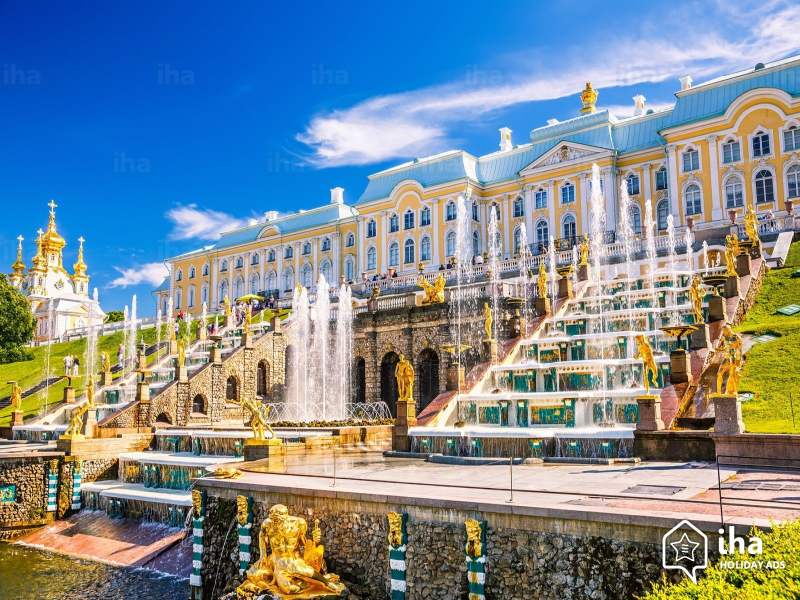 It was September of last year, summer was over, and autumn had just begun. Regular snowfall begins here in late October or November. The weather was good on that day, there were some clouds in the sky, and the wind wasn't so strong. I was wearing the lightest sweater. I was on my way to Peter's Summer Palace from St. Petersburg. There are local buses running daily from here to Peterhof, and today I was also on one of them. When the bus left St. Petersburg there were big trees on both sides of the road, most likely even forests, and there were small lakes between these forests. People were fishing in these lakes. Greenery was everywhere, sometimes I could see people were walking.

Peterhof is a small town. I got there after traveling for about an hour and a half. When I arrived in town, I got off the bus. Now I was looking for Peter's Summer Palace that was my destination. I went far away from the city to find this palace. Before me, there was a triangle, there was one road that was going to Peterhof city, I had no idea where the other two roads were going. There was also an embankment of sea there. The place wasn't deserted, but it was too. I was a stranger, I couldn't see any place, shop or building nearby. There was a trail along the road that took me here. Maybe I came too far. But I wasn't ready to go back to St. Petersburg without visiting Peter's Summer Palace. So I decided that I have to return to Peterhof and find the palace again. I followed the same trail back. After a long walk, the buildings of the city began to appear. There were small lakes before the city where fathers were fishing with their children. I stopped to see whether they had any luck. After watching them for a while without any outcome, I started walking again. I had once again entered the city. But I didn't know which way the palace was because the map didn't tell me the correct location. Eventually, I managed to find it after a bit of a struggle.

There was a queue at the entrance of the palace and there was a crowd of people at the ticket counter as well. I didn't have much time to go in. I visited a small souvenir market nearby. After walking around, I entered the garden outside the palace. This outside area of the garden was also amazing, it was so beautiful that it is really impossible to describe it in words. There was greenery everywhere, fountains, attractive flowers in bloom, and small tunnels covered with vines on all sides. If you enter them through one gate, you can not see the sky, nor will you see anything outside of this tunnel except the front and the back gate. It was made of iron frames and had vines mounted on it.

Peterhof has a total of 173 fountains, four cascades, and more than 200 statues. It is so important that tourists understand that any tour of Peterhof will be incomplete, and that a visit to St. Petersburg is incomplete without visiting Peterhof. Peterhof is on the UNESCO World Heritage list. It celebrated its 300th anniversary in 2003.

It was getting late and my time in Peterhof was coming to an end, so I caught the bus back to St. Petersburg.