New Year, a time for hope, celebration, and for studying

A new year has begun, and with it another semester. My first semester has been quite an adventure, and I have no doubt that this new semester will be no less interesting than the one that is already behind me. The past two months have been interesting but really busy. In this post, I’ll explain why new year is different for students than for other people. 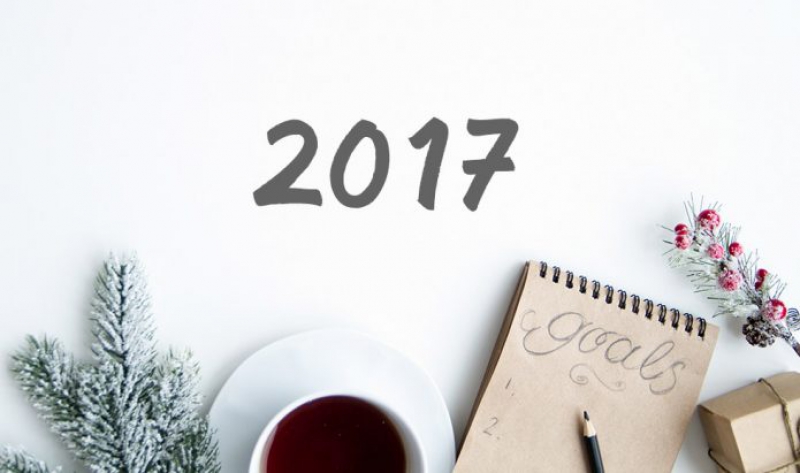 Usually people all over the world are waiting for this time of the year to happen, the holidays, the time to celebrate and be with your family and friends. However, for university students there is a lot more going on. Before celebrating the arrival of a new year there are quite a lot of things that need be done for a student. This time of the year has another name for university students here, the winter examination-session, or how they actually call it here — "sessiya'.

December is still my favorite month, it is after all the last month of the year, the first month of winter, and there a lot of festive days including my birthday. Nevertheless, this time around some things have changed for me, and definitely December won’t be the same as it used to be for me for the next 4 years or so. If the end of the year used to be a synonym of relaxation and enjoying some quality before, now it’s quite the opposite.

The "sessiya' begins just as the year ends and it ends somewhere mid-January. Now, let me explain to you dear reader what the "sessiya' is all about — in case you are not a university student in Russia. The "sessiya' is the time in which you "close' or finish all of your subjects. There are some subjects which require you to write an exam for them, and there are other subjects which only require you to work throughout the semester and complete all the requirements for the "pass' (or zachyot). For those that do not require an exam there are different requirements to pass them depending on the professor. But the point for all of them is to have done all the work that was required by the end of semester so as to pass them.

Having done all the work for all the subjects before the "sessiya' is easier said than done. As some would like to say, a good student does most of the work that was due throughout the semester in just a few days before it’s due. So, there’s always some homework, laboratory work, practical work that need to be finished in the last few days of the semester, and the best (not) part of it, everybody is, like you, trying to deliver the biggest amount of work that they hadn’t finished before to the professors. Before the new year, I had closed most of my subjects, but there were still some left, which meant I would still have to work after the new year.

Fortunately, we had at least a week to take a rest from the stresses of student life, and more specifically the stresses from the "sessiya'. Now, you may be wondering, why didn’t we get any Christmas vacations in December? Well, the thing is that we did get Christmas vacations, but it wasn’t in December, it was the week during and after New Year. You see, here in Russia Christmas is celebrated on January 7th, as opposed to December 25th in other countries. The thing is that January 7th is actually December 25th in the old Julian Calendar, so they changed the calendar, and the date was moved, or rather, the dates in the calendar moved, but the date for Christmas stayed where it was in actual time. For New Year, I stayed in Saint Petersburg and celebrated it with some friends here that also stayed for New Year instead of going home. New year in Saint Petersburg wasn’t quite as I expected (I am still not over the lack of big fireworks at midnight), but it was still lots of fun.

Unfortunately, the week didn’t last much for me, and before I knew it, I was again working myself to finish the semester without any debts. For one part, one of the first subjects that I passed was the one that I thought I would finish last, as it was the hardest one I had. The last one that I closed was mathematics. That was kind of a downer for me because I used to be really good at mathematics in school, and it wasn’t even that I didn’t understand the math in this semester, it was mostly my laziness the reason for which I was now suffering. I could have closed mathematics faster than I did, but I wanted to get the best grade I could get, and I actually got what I wanted, so I must say that all that hard work at the end of the semester was well worth it.

It was hard work, but I passed all my subjects with a good grade, so I am happy with that, even though I didn’t get as many days of vacation as I wanted, and on the other hand, this has also been a good experience for me, so now I know what to do next time to get more time to have in vacations. I still got like a week and a half to rest, and I did good use of it by going to Moscow to saw some friends from there, and taking them with me to Saint Petersburg so that they could get to know the city themselves.

All in all, it was a good time, and a great student life experience, and I have added for this new year a new resolution, do all the work on time, or at least most of it.