The St. Petersburg of Foodies: The Unique Multiethnic Food Scene

After spending some time in St. Petersburg, we all know what Russian cuisine consists of. Blinis, soups, pies, and pelmenis are now familiar to us, and we drink some mors, traditional Russian juice to wash them down. However, the Russian food scene is not that simple. 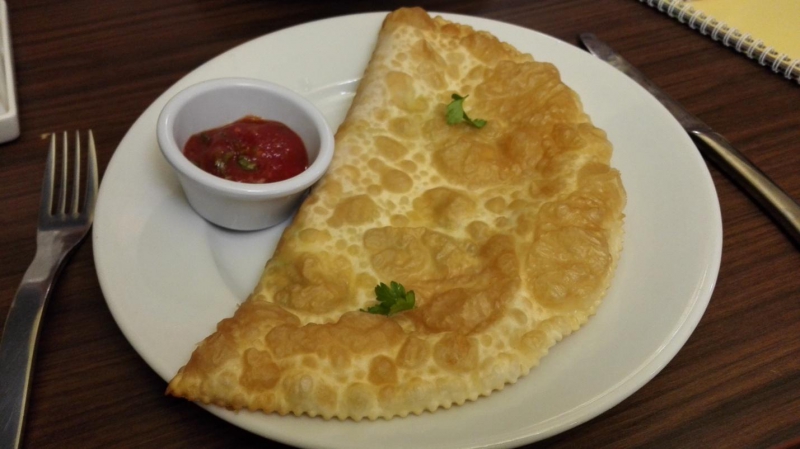 Russia is a multiethnic country. The state developed in an area that has been traditionally inhabited by many different nationalities. The enchanting cities of Moscow and St. Petersburg have drawn people from all parts of the state for centuries now. Even if Russians have always been the dominating population of these cities, their multiethnic character has also always been present.

This multiethnic character reflects to the food scene very strongly. Walking the streets of St. Petersburg, you can spot lots of restaurants and cafes with different types of cuisines, such as Georgian, Tatar, Central Asian, Ukrainian, Armenian and so on.

Some of the non-Russian restaurants or cafes have even become popular chains. One example is "Брынза" (Brynza), which specializes in chebureki, deep-fried flat meat pies that come in a semicircular form. Chebureki is a national dish of the Crimean Tatars and very popular among many Turkic and Caucasian nations. In Брынза, chebureki comes also with untraditional fillings such as fish, chicken or even fruits.

The soviet time also made an impact on the food scene and its multiethnic character. The policy towards national elements varied. Sometimes the union of different nationalities was celebrated, and in other times too much emphasis on national elements lead to persecution. But in the end, as a result of forced movement of people, the national cuisines of different parts of the union became familiar to the entire country.

Even today there are restaurants defining themselves as "soviet". These restaurants combine the cuisines of the former soviet states. They have Central Asian, Caucasian, Baltic, Ukrainian and Russian dishes all on the same menu. The soviet restaurant we decided to try is called "Коммуналка" (Kommunalka), and it is situated in the north part of the Petrogradskaya island. In Kommunalka they added up to the soviet atmosphere with pictures of famous soviet actors on the walls and waiters' outfits that look like they were taken straight from the soviet 60s. Enjoying soviet cuisine at Kommunalka. On the table you can spot for example Russian pelmenis, Ukrainian borsch and varenyky and Georgian khartcho soup and khatsapuri.
Obviously, the development of globalization in recent years has had a huge impact on the restaurant variety of St. Petersburg. Just like almost everywhere in the world, Italian pizzas and pastas, American hamburgers as well as Japanese sushi are extremely popular.

Some kitchens might take very interesting forms when presented in a foreign country. I don’t know much about Japanese food, but in Russia it is one of my favorites, and I have no idea whether it is authentic or not. Here they have even dessert versions of sushi!