A month has passed since I first started studying at ITMO in this wonderful city — the grand creation of Peter the Great — and I’ve decided to share the experiences I’ve lived so far, with other foreign students that are probably in their last year of high school and trying to figure out where to study next. In this post I am going to focus I little bit more on the side of the university life as opposed to life in Saint Petersburg. 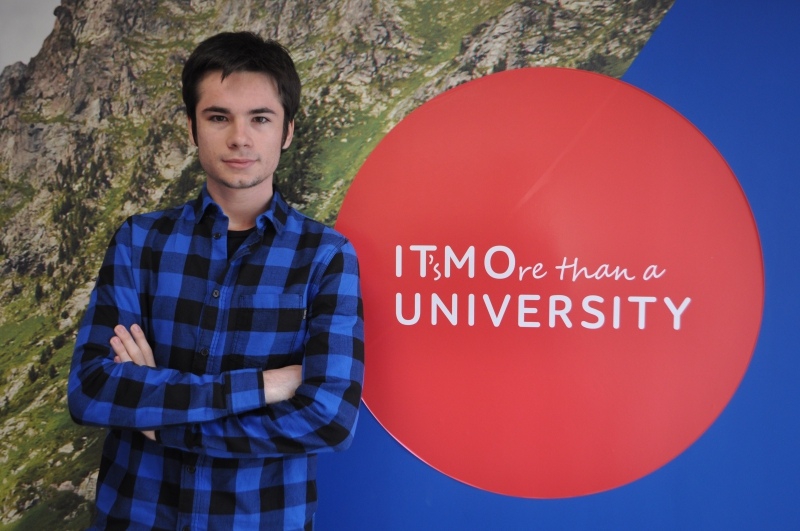 Not so long ago I didn’t even know that I was going to be studying in what is not only the best IT university in Russia, but also one of the best in the world, which happens to be located in the wonderful city of Saint Petersburg, cultural capital of Russia, and my favorite city since I was eleven years old. I am of Russian background myself, my mother being Russian, so I wasn’t going to be really surprised by the country as other foreign students. However, this city does hold a lot of surprises for everybody, as it did for me, and it continues to impress me every day. There’s a lot of things that make this city special; from the location of the city itself, to its great architecture styles, mix of Russian and European styles, great number of rivers and canals; museums, churches and more.

The surprises do not end with the city. I already had some high expectations for ITMO, but I must say that in many ways it has surpassed them. I like that the university not only focuses its efforts in the sole theoretical education of its students, but it also gives them a lot of opportunities to get some practical experience out of the knowledge they have acquired. Other universities also offer the opportunity of practicing in the real world their knowledge, but not all of them in the way ITMO does. Besides the required practices, the university offers a lot of spaces, materials and workshops for students to develop their own practical knowledge or even develop their own ideas into something that can be put into use. That and a lot of other reasons is why over the last month I’ve realized that this might be the best choice that I’ve made in my life.

Of course my first month hasn’t been all sunshine and roses. As all freshman university students come to learn, the first semester, or even the first year, might be the hardest one of them all. You not only have to learn the material that you are given, but also learn how to be a university student. And nobody is going to teach the ways of the university student’s life, that is all learnt from experience, as I already learned myself.

The first two weeks were those of running through the different buildings before classes to find where the different classrooms and lecture halls were, and failing to find them in time for class; getting to know the professors, and determining which ones are going to give you a hard time, and which are going to be of help during hard times; trying to understand the schedule you were given, and just end up more confused. It was also a time to get to know your groupmates, which some had already gotten to know each other. As I found out, I was the last to get acquainted with my own group. Nonetheless they turned out to be really cool people, and actually because we are a small group it is easier to be in contact with each other.

Being in the university means that there is constantly something to study or do, the number of subjects and the work that has to be done is not small. That, however, doesn’t mean there’s no time for fun, you just have to learn to make time for it. The university itself also sometimes reminds the students they also have to have fun from time to time. By this I mean that there’s a lot of interesting events happening in the university all the time, that not only involve learning, but also having a great time. One of them was the night of the freshman, which was a great opportunity to go out to the night club and have fun with good music and your fellow freshmen. There were also events for each faculty’s students, and my faculty organized a kind of a "quest" in one of the buildings of the university, which involved finding different "stations" across the building and completing some tasks, including at the end, the quest of finding a person called the "doctor" being all of us blindfolded.

Now that a month has passed, I’ve learnt to get myself around not only in the city, but also in the university, which I must say, was more difficult than the former. I have already become active in some extracurricular activities — including a mechatronics workshop -, I have gotten to know a lot of great people, among whom I’ve made new friends, and I’ve learnt a lot of new stuff, not only from the lectures, but from life itself in the university. All of the above only makes me wonder, if this was just the first month of university, what is waiting for me in the next four years of my life? I can only imagine.