ITMO University Has Become Partner of the Iversity Educational Platform 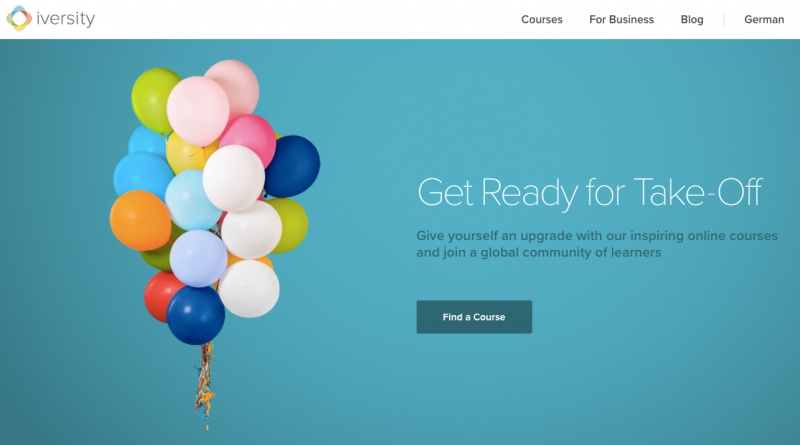 Iversity is a European educational platform founded in 2011 by Jonas Liepmann and Hannes Klöpper. After the first MOOCs appeared in 2012, the platform became the first to specialize in hosting them. The courses are free and open to anyone. Most of them are in English and German, though there are courses in other languages.

As of now, more than 750,000 users are registered on the platform. What is more, Iversity is one of the few platforms to host online courses that offer ECTS. This year, ITMO has become the platform's partner. In the beginning of June, the university's first course, Einführung in die Graphentheorie (introduction to graph theory) by professor Lyubov Lisitsyna, head of the Department of Computer Educational Technologies, was published on the platform in German. The course's goal is to help students learn the theoretical basics and the most popular and in-demand algorithms for solving graph problems. It includes video lectures, computer tests and an Internet examination. The course's length is five weeks.

"We see this platform as a stepping stone for our university in Europe. Thanks to this experience, we can now tell how different the approaches used in Europe are from American ones. This is the first time ITMO releases a course in German, and, surely, we are most interested in German students' feedback, comments Andrei Lyamin, Director of the Distance Learning Center and professor at the Department of Computer Educational Technologies. According to ITMO's strategy, we've set a goal to develop courses that would be interesting to as many people as possible, and publish them on international platforms." In 2016, there were more than 2,500 courses available all around the world. As of now, there are some 7,000 courses by 700 universities on different massive open online education platforms. ITMO University has been developing open education projects for several years already. Among its partners are edX, Stepik, Russian Open Education platform and the Lectorium project. For instance, edX hosts one of the most popular courses - "How does one win world championships in programming: champion's secrets", that already has more than 50,000 subscribers. There also are more than 20 of ITMO's MOOCs on the Russian Open Education platform; some courses are available at the universities ITMOcourses platform.

Every year, ITMO releases more than ten new courses. This year, the university will release a new course on the Internet of Things on Erasmus+. The course is part of an international project involving ITMO University, University of Silesia as a coordinator, as well as specialists from the Riga Technical University, Tallinn University of Technology, University of Messina and the Estonian ITT Group company. IOT-OPEN.EU project includes free classical educational courses for Bachelor's, Master's and PhD students and a MOOC module for those who prefer distance learning, as well as an opportunity to use satellite laboratories supporting different platforms such as Arduino, Intel, Raspberry and others. Next year, the course will be published on edX as well. What's more, the university actively cooperates with industrial partners. One of them is the Russian Venture Company; ITMO collaborates with it on creating a course dedicated to innovative management. This year, it will be released on the Open Education platform. A course on nanomaterials will be developed in collaboration with the Rosnano company.

Unlike courses for international platforms, these courses will be integrated into the Russian educational system.

"On the national level, our strategy is different. We develop courses specifically for the Russian educational system, so it would be possible to integrate them into the curriculum. As for courses published on international platforms, they have to be useful to a maximum amount of people. Their other goal is to promote ITMO University on the international arena, explains Andrei Lyamin. All in all, the rapid development of MOOCs motivates the university to change its approach to education and introduce online education into classical education."