Nowadays, a person is considered long-living after they reach 90. In Russia, there are more than seven thousand people like that. Most of them live in Siberia, Caucasus and the Asian part of the country. According to statistics, there has only been 16 people documented to having lived for over 116 years. Longevity became the topic of the recent Break Down to Atoms talk show that was conducted by the Information Centre for Nuclear Energy in St. Petersburg for the 19th time. Among the event’s speakers was professor Vladimir Khavinson, Director of the St. Petersburg Institute of Bioregulation and Gerontology who’s been focusing on the issues of longevity for the past 35 years. The expert spoke about a recent research where scientists proved that prolonging one’s life by 40% is possible, discussed the role of signal peptides in human longevity, and explained why epithalamin is the best drug on Earth. 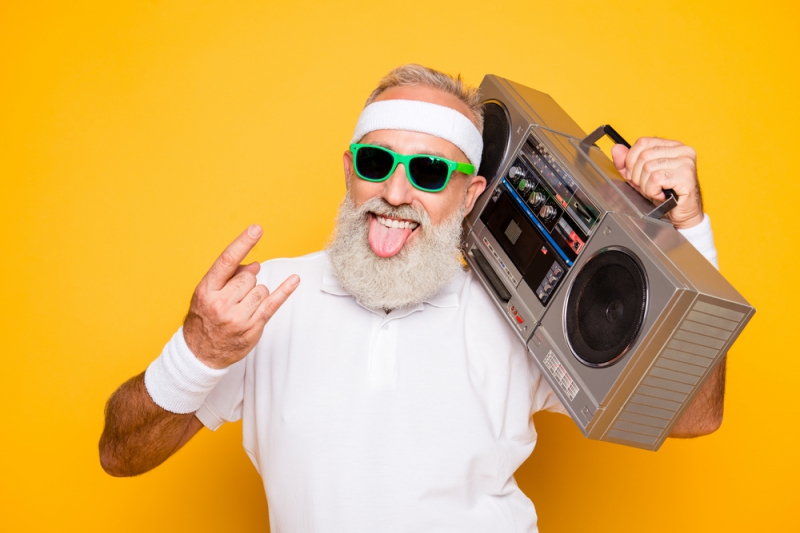 Our civilization keeps getting older. The WHO identifies different age categories as follows: young old (69-74 years), middle old (75-89), and oldest old (90+). This categorization is used in the pension legislation of different countries. According to the UN estimates, the amount of people of 60 years old and higher amounted to 810 million in 2012, and will exceed a billion by 2020. This will come as a challenge for many countries. For example, in China, due to their “one family - one child policy” (introduced in 1970), the amount of people older than 60 will once become equal to the amount of people under 60. Such a problem is relevant for Russia, as well: St. Petersburg, for instance, is among the country’s “oldest” cities, as 25% of its population (about 1,200,000 people) are the elderly, which results in an increasing burden on its healthcare, social and pension sectors.

The maximum lifespan of a human as a species is 110-120 years (the longest documented lifespan in the world was 122. In Russia, the oldest known person was a 117-old woman from the Sakha Republic). In St. Petersburg, there are over 35,000 long-living people, a third of whom are survivors of the Siege of Leningrad. According to the speaker, it were the people with the strongest genes who survived the siege (this assumption was proved by data from the survivors’ genetic passports). The average life expectancy in developed countries is 75-85 years. In Russia, women live longer than men: 76-77 years (as opposed to men's 68-69).

“The average life expectancy statistics for Russia are very diverse. Different categories of the population have different lifestyles, which often depend on their cultural level and education. We’ve conducted research in the Moskovsky district near Tipanova street and were quite surprised to learn that the average lifespan was 82 years for women and 76 for men. Such indications are similar to that of European countries. Point is, it is mostly people from the intellectual class who live there, and such people have no alcohol or drug abuse problems (every year, such problems claim over 300,000 lives in Russia). In is of no coincidence that many long-living people are representatives of the scientific community,” explains Vladimir Khavinson.

The biological reserve of a human’s life amounts to 35-50 years. This number is not included in the average lifespan, as it is blocked by different disturbances (in biorhythm, quality of food and water, etc.) and hazards (stress, ecology, radiation): all of those affect genes’ expression and structure. Nevertheless, every person has such a reserve thanks to the stem cells in their organs. People can become long-livers if such cells are activated, so all we need to do is to find a way to activate them.

A person’s longevity depends on their genetics (30%) and epigenetics (70%), i.e. adherence to a proper biorhythm and a healthy diet, physical exercise, timely medical care and use of drugs, peptide bioregulators included. Peptides are signal molecules that are composed of amino acids. They regulate the activity of genes, which, in turn, control the synthesis of proteins. Thus, if you know a person’s genetic traits, you can use peptides to postpone the onset of disease.

Epithalamin is the result of a research on peptide bioregulators that was conducted by a team of scientists from the S.M. Kirov Military Medical Academy. It is a drug extracted from the epiphysis of calves. The use of this drug resulted in an increase of longevity by 30-40% in different models, which has become the world record. This way, scientists proved that it is possible to prolong one’s life by up to 40%. The results were then proved by a 15-year long clinical trials on humans conducted in collaboration with the Dmitry F. Chebotarev Institute of Gerontology of the National Academy of Medical Sciences of Ukraine.

“Epithalamin is a substance extracted from the epiphysis of calves, a gland that weighs about 0.2 grams. This substance regulates the endocrine system, and by far it is the best drug in human history. Still, we experience a problem, as the resources for producing it are scarce. As epiphyses weigh 0.2 grams only, and the gathering facilities in Russia were disrupted, we produce the drug in Denmark. We collected the materials from all over Europe from calves who’ve been pastured on grass that got no fertilizers in the last 10 years. In other words, our resources are bioproducts. As result, we’ve succeeded in collecting only 10 kilograms of the substance, which is enough for just 10,000 packs of the drug,” comments the scientist.

In another research, a team of scientists which Vladimir Khavinson was part of studied the effect of peptide bioregulators on the morbidity of Gazprom’s staff members aged from 35 to 60 who work in hazardous conditions. The test group of 11,000 employees received six peptide bioregulators for improving the functions of the immune system, brain, vessels, bronchi, liver and the cartilaginous tissue, over the course of 30 days. The control group (3,000 employees) received a polyvitamine complex. The use of peptide bioregulators resulted in a three-times decrease of URI morbidity and a two-times decrease in overall morbidity in comparison with the control group.