The 29th annual summer school has wrapped at the University of Jyväskylä, Finland, featuring courses in natural sciences, maths and informatics. One of the school’s most important focuses was Accessible Design, a field developing the methods and techniques that pave the way for inclusive technologies not only in regard to accessible urban spaces but also usable mobile app design and a wide range of other aspects. The course “Inclusive and Accessible Design of ICT: Foundational Introduction to Creating Technology for Humans with Diverse Sensory, Cognitive and Physical Abilities” was, inter alia, attended by the representatives of ITMO University, who related their Finnish experience to ITMO.NEWS. 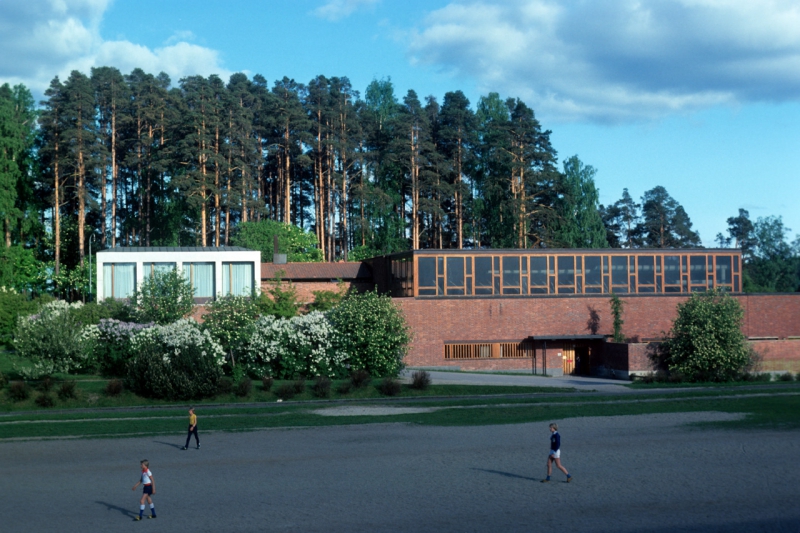 The University of Jyväskylä. Credit: larryspeck.com

I gained my first international experience in the first year of my Master’s studies at ITMO, having participated in a semester exchange at the Eindhoven University of Technology, the Netherlands, then studied at Tallinn Summer School. So this trip to Finland was a yet another stage of my professional development.

The course “Inclusive Design and Accessibility in ITC” was dedicated to accessibility, a topic which is actively developing in the USA and Europe. According to our lecturers, Markku Tapio Hakkinen and Helen Teresa Sullivan, there are lots of accessibility engineer vacancies open in the US. Major companies are interested in making their products accessible to all, but there is a lack of specialists with relevant knowledge, as there is a lack of educational programs on the topic. So this course can, in some sense, be seen as unique.

What the school gave me first and foremost was a fresh portion of motivation. I was especially inspired by the research conducted by visually impaired lecturers, because communicating with them makes you understand that all limitations are not in our bodies’ physical capabilities but rather in our heads.

Apart from the lectures, what I also remembered was the amazingly harmonious nature in Finland. Thanks to the locals, I have also discovered contemporary Finnish music, and it’s incredible. I had no idea that the Finnish language could sound so beautiful.

I would recommend this course to Bachelor’s and Master’s students whose works are connected to the design of information systems and interfaces for people with disabilities. The studies there allow you to understand how to create something that would not only work but also be of real help to people.

The topics of usability, which we directly work with at our center, and accessibility, which was presented in this course, are very close to each other. Accessibility implies the creation of space accessible to people with different physical capabilities, which pertains to the design of various devices and equipment among other aspects.

The course lasted for one week, with classes that took place every day from 1 to 5pm, followed by a cultural program. We visited saunas, toured the island, and even went canoeing. Each day was filled with something new, and, very importantly, we had the opportunity to communicate with our international colleagues.

This year, the educational program was more of the theoretical bend: upon its completion, we had to present an idea or a project. I spoke about the development which is currently being pursued at our center. In a nutshell, this is a universal graphical language to enable the communication of people with different physical capabilities: those with dyslexia, on the autistic spectrum, and others. The next year’s course is planned to be more practice-oriented, so that all participants would engage in collective work on bringing a specific project to life.

What I consider to be my special achievement on this course is that I managed to personally discuss our development with the lecturers: they turned out to be very open-minded people who are more than happy to communicate and discuss. What is more, we are even planning to collaborate on a number of joint projects connected to the universal language.

After the course, Markku and Helen came to St. Petersburg as tourists, but despite that fact, they agreed to give a lecture on accessibility at ITMO University. It was attended by inclusivity specialists, speech therapists, and staff of different alternative communication centers, as well as students.

All in all, I really enjoyed the course and the summer school in general: not only thanks to the educational and cultural programs, but also the opportunity to communicate with the lecturers. It was even more so beneficial given that we were pursuing a very important topic, because the world should move towards the direction of more accessibility, namely when it comes to the creation of interfaces and new technologies at large.

The University of Jyväskylä is Finland’s third largest university founded in 1863. Home to students of both humanities and technical specializations, the university is comprised of six faculties and four independent institutes. There is also a Centre for Applied Language Studies, School of Business and Economics and a Teacher Training School. The University of Jyväskylä placed 2999 in the QS Quacquarelli Symonds’ world’s best universities ranking. Each year, the higher education institution organizes two winter and two summer schools. The January school is dedicated to sport sciences, the February one – to ecology, while the June and August summer schools focus on the discussion of problems and prospects in the humanities studies and tackle the questions of natural sciences, maths and technologies, respectively. According to 2018 statistics, over 14,000 students, 900 of them international, were enrolled at the university.