According to the latest admissions review, ITMO University is ranked among the top 5 universities in Russia that demonstrated great performances in terms of the overall quality of their admissions campaigns. The average Unified State Exam (USE) score among ITMO’s first-year students in 2021 has increased compared to previous figures and now reaches 93.7. 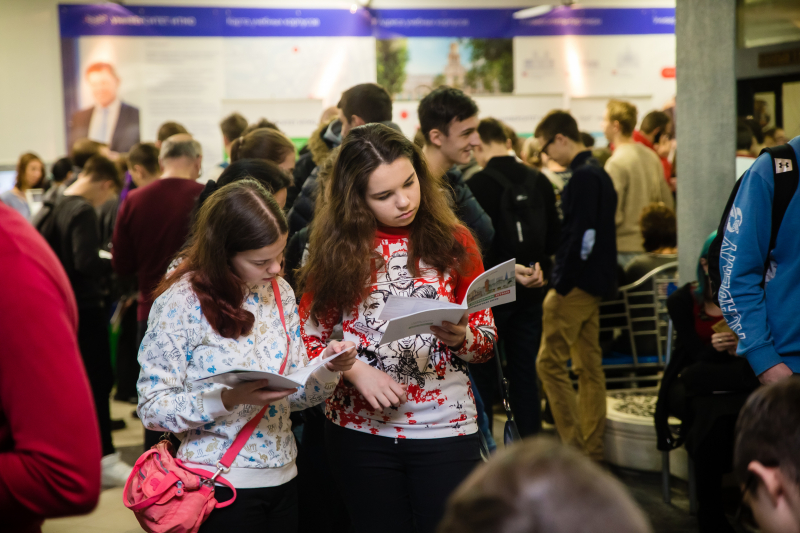 The review of admissions quality at Russian universities has been conducted annually by the Higher School of Economics with the support of the Russian Ministry of Science and Higher Education since 2010. Its results are meant to serve as a key indicator of both the educational level of newly admitted students and the reputations of universities themselves. This year’s review included 838 universities across Russia, the majority of which are higher education institutions offering full-time studies. The assessment was based on the average USE scores of students admitted into first-year studies without taking into account their individual achievements and results of additional testing and creative competitions. Winners and runners-up of various national competitions automatically received 100 points.

In 2021, ITMO University topped the list of the best universities in St. Petersburg and was named fourth among universities in Russia. All in all, the university welcomed 1,336 new students, which is 164 more than in 2020, and their average USE score equaled 93.7 (93.1 in 2020). The top 3 includes Moscow Institute of Physics and Technology, Moscow State Institute of International Relations, and the Moscow branch of the Higher School of Economics.

Another key indicator is a university’s ability to attract the brightest minds from all parts of the country. In 2021, the share of ITMO’s first-year students enrolled in tuition-free positions with 90+ and 80+ USE scores was 64% and 100%, respectively.

The overall quality of admission, which includes both tuition-free and paid positions, was first assessed this year. A total of 2,180 students were enrolled in Bachelor’s programs at ITMO university and their average score was 87.9. In this regard, the university is the first in St. Petersburg and the fifth in Russia.

Detailed data and graphs on the quality of tuition-free and paid admissions can be found on the official website.

More than 140 Russian universities offered applicants an opportunity to enroll in their programs without taking entrance exams. This year, ITMO was ranked second in Russia according to the number of contest winners and runners-up (512), surpassed only by the Moscow branch of the Higher School of Economics. Lomonosov Moscow State University, Moscow Institute of Physics and Technology, and the Financial University under the Government of the Russian Federation are also in the top 5.

2021 became the first year to break the continuous growth of the average USE scores. The average score of tuition-free students dropped by 0.5 (70.3 vs 70.8) and by 0.1 (68.7 vs 68.6) in the overall statistics. As stressed by the researchers, the fact that the figures remain around 70 points means that half of tuition-free students are straight-A students and it’s an excellent result.

Apart from that, the state has increased the number of funded Bachelor’s positions at universities by 9.1%, 90% of which went to regional universities. Thus, Tomsk State University had its number of tuition-free admissions increased by 63% in 2021. This means that more students now have the chance to study at Russian universities for free.