Just recently, ITMO University enrolled its third selection of students who were admitted via the ITMO.STARS individual achievements contest. The program offers talented applicants who couldn’t get a tuition-free position and can’t afford to pay for their education an opportunity to study at the university’s expense. This year, 15 students got the opportunity. 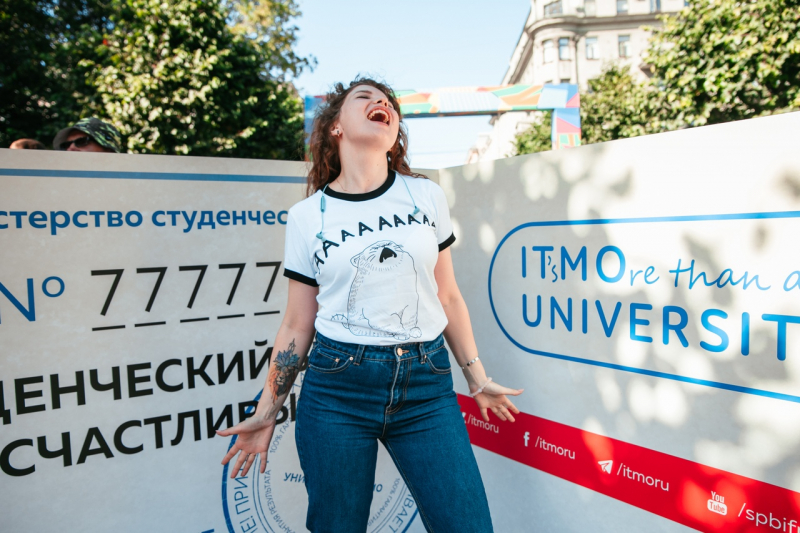 All in all, 184 people applied for the contest, and 42 of them were invited for an interview.

There were two key applicant requirements: first of all, they had to pass a specific USE score threshold (in most cases, it was  60 points in each subject). Secondly, they had to actually prove their knowledge and competences. For that purpose, they had to present their projects in any field: a program or an algorithm, an innovative or a business project, a research initiative, a new device or system, or a social project. Having awards earned at competitions and contests is also a plus, but not an essential condition. What one absolutely has to have, however, is a school certificate issued in the same year they participate in ITMO.STARS.

This year, it was harder to put a portfolio together. The organizers noted that the pandemic prevented many participants from completing their application projects, as since March, all supplementary education centers and laboratories with high-tech equipment that school students could make use of have been closed. This might have been the reason why no participant could pass the selection for the School of Photonics.

The application process took place over the course of two months: from June 1 till August 14, 2020. During this time, a school student could create an applicant’s personal profile, file an application, complete a portfolio and write a letter of motivation explaining why they want to study at ITMO and which projects they want to develop in the future.

All applications were assessed by the contest committee that includes the Rector, heads and staff members of ITMO’s Schools, faculties and the admission board. The best applicants are invited for an interview. Its goal is to learn about what an applicant already knows in the chosen field, what are their research and career interests, and how they plan to spend their study time at ITMO University.

Among them are developers of programs and applications, engineers of systems and devices,  authors of research projects, an animation artist, as well as students who managed to complete successful social and business projects.

Winners and their projects

Antonina Konanykhina entered the Faculty of Software Engineering and Computer Systems thanks to her victory at RoboCup Asia-Pacific 2019 in the OnStage Advanced category. Yaroslav Arbuzov got in thanks to the software suite for automating the operation of a cargo lifting device that he developed, Arina Safonova enrolled thanks to developing a device for control and improvement of children’s sleep. Ksenia Pishik entered ITMO in a most original manner: she won the contest as an animation artist with an impressive portfolio.

Leonid Goryachev became a student of the Information Technologies and Programming Faculty, having completed reverse engineering of CS:GO and created an application that allows for uploading procedural textures inside the game’s memory space, also adding a preview and render sharing system, a server and API for automation and postprocessing.

Daniil Gumin got a tuition-free position at ITMO for his xGLabBot that can make sonar diagrams for football analysis. Georgiy Kadantsev was enrolled thanks to his research on subquandles of free quandles (terms of abstract algebra which are closely connected with the knot theory and topology), and Daniil Kazantsev got in thanks to his victories at Google Science Fair and Regeneron ISEF that he owed to his gesture recognition system  based on muscle mechanical activity data.

Not only Leonid got in with a gaming project. For example, Lev Kobelev enrolled at the Faculty of Infocommunication Technologies having developed the I hate this game game published on Steam.

Two applicants enrolled at the Faculty of Food Biotechnologies and Engineering thanks to research projects. Elizaveta Cendina presented her theses on the development of methods for purifying water from medicinal agents, as well as optimization of E. coli cultivation methods and testing of heavy metal solutions for bactericidal properties.

Veronika Elkina persuaded the committee with her article “Promethium: to strive, to seek, to find and not to yield” that was published in Frontiers in Chemistry.

Scientific achievements and victories in competitions are held in high regard at all faculties. For example, Ksenia Novikova with her research project “Identification of iron in drinking water before and after use of filters” got a tuition-free position at the Faculty of Technological Management and Innovations. And Elizaveta Tishina, winner of CTF competitions, Verchenko competition, frequent winner of AI-Academy Contest and NTI Contest became a student at the Faculty of Secure Information Technologies.

Interest in 3D printing helped two other applicants become ITMO University students. Anton Khrustalev, who developed a low-cost bionic hand prosthesis that’s adapted for 3D printing and won an award at Regeneron ISEF 2020 with this project, became a student at the Faculty of Control Systems and Robotics. And Denis Eremin enrolled at the Faculty of Cryogenic Engineering having assembled a working prototype of a device for recycling PET plastic into 3D printing filament.

It’s also important that the experts of the contest committee have not just studied the applicants’ key achievements, but also assessed their portfolios in general, inquired about the details of the application of all of their knowledge and skills that made them special maybe cut this bit.

You can see the full list of the contest winners here; what’s more, we’ll soon be writing about each of them in more detail, just as we did last year.

It’s worth mentioning that ITMO.STARS winners will study the same programs as other students, as the university doesn’t make any difference between students on tuition-based and tuition-free positions. Any students who show good results in the course of their education have the opportunity to apply for studying on a tuition-free basis. You can read more about the winners of ITMO.STARS here.