Is it possible to study at ITMO University for free without having enough Unified State Exam points for enrolling in a state-sponsored position? Starting with the 2018 admission campaign, it sure is! Applicants with unique achievements and strong motivation now get a chance to get their education paid for by ITMO University -  all they have to do is submit their portfolios and motivation letters for the ITMO.STARS contest. The winners will be determined by the beginning of August. 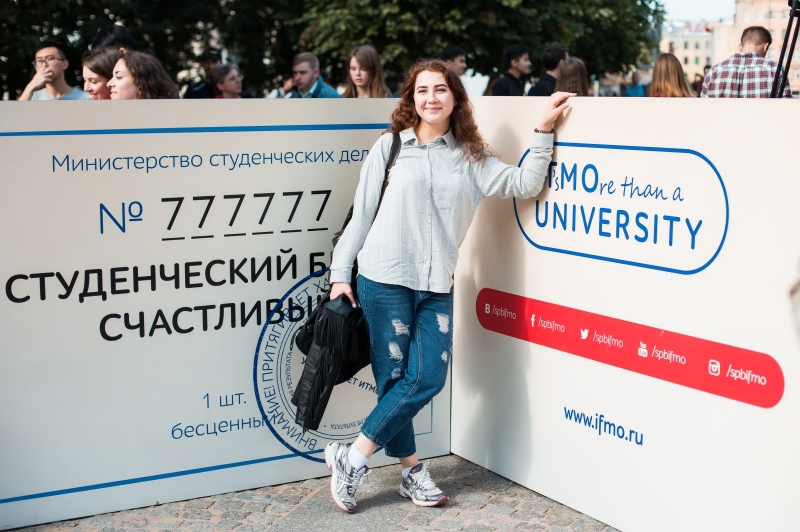 What the contest is about, and how to participate

ITMO.STARS is a contest among talented and motivated applicants who want to join ITMO University.

There is only one criterion: you have to get the minimal Unified State Exam score for entering ITMO University (in most cases, that would be at least 60 points in every subject). Then, from June 20 to July 20, 2018, you have to fill in the application in your profile on ITMO's web portal and attach a portfolio (look for a sample here), and a motivation letter.

In your portfolio, you have to describe your main achievement that complies to the following criteria:

1.      it has to reflect a candidate's skills and competencies;

2.      it has to relevant to the chosen educational program;

3.      it has to be a candidate's independent achievement and be novel and unique;

4.      its topic can be further developed at ITMO University.

Your other achievements can also be submitted for the contest as complementary materials.

In your motivation letter, you have to state from one to three program tracks (in descending order of priority) that you want to apply for.

An important note: winning the contest does not get you a state-funded position: your education will be tuition-based, but the fees will be covered by the university. There's no predefined number of such positions; the winners will be selected by the contest committee comprised of members of ITMO Schools and Admission Committee.

What to write in your portfolio and motivation letter

An algorithm, some innovative project, a published research article, new device or instrument, a social project, and such. It is up to you to decide what complies with the contest requirement the most.

Another important element is the motivation letter where you have to state up to three programs you want to apply for, and explain why you want to study at ITMO, your plans for your education, and why it is you who have to be the winner of ITMO.STARS.

The applications are assessed by the contest committee, and the authors of the best ones are then invited to an interview which is conducted at the university or online, in case the applicant can't come to St. Petersburg. The goal of the interview is to find out the applicant's knowledge of his particular field, his professional and research interests, and his plans for studying at ITMO.

Why does ITMO need such a contest

Anna Veklich, first vice-chair of the Admission Board

The 2018 admission campaign's concept is  "ITMO University is the future". And that has to do with not just the prospects of getting sought-after professions but is more about our university's essence and values. ITMO University is always searching for new formats of working with young talents which doesn’t always comply with the usual standards. Not only do we find them and track their development from an early age, we also aim to create the conditions and atmosphere that contribute to their progress.

Pavel Kustarev, Dean of the Faculty of Software Engineering and Computer Systems.

Sometimes, we find talented schoolchildren who are infatuated with technology but have failed the Unified State Exam for whatever reasons. If this is not a complete failure (for example, the student fails at a single exam), we believe that they can improve their skills in this particular subject and continue to study normally, and the university won't lose a potential talented student. I'd like to note that it is not that the Unified State Exam scores do not reflect one's knowledge, but sometimes some personal factors contribute to students failing at it. Our experience shows that there are generally about 10% of really talented and active students among the freshmen, and 10-20% have relatively low Unified State Exam scores.

The Unified State Exam is an effective system for selecting the best applicants that contributes to equal treatment of all high school students. Still, it doesn't account for the applicants' other competencies, and sometimes you might fail to identify a talented engineer or programmer because of their bad scores. And with leading universities, where one has to get almost ideal results in order to be accepted, a single mistake can prevent talented students from studying at a place where they would've truly fulfilled their potential. For such students, we've launched ITMO.STARS, which gives the really willing applicants a chance to join their dream university even if something went wrong.

What awaits the winners

ITMO.STARS winners will study like the rest of the students: the university treats all students equally. There's no doubt that these students will find application for their talents and progress throughout the course of their programs; having successfully completed the end-of-term examinations, they will be able to transfer to state-sponsored positions.

Last year, ITMO accepted Ilya Glebov, a talented student from Monchegorsk, on such conditions. While training for the Unified State Exam in Computer Science, he stumbled upon an article about a vulnerability that makes it possible to hack Facebook accounts. He found similar vulnerabilities in Vkontakte and then ICQ, and got 3,000 dollars for that. The Faculty of Information Security and Computer Technologies got interested in him, and, having checked his knowledge, accepted him into the Information Security program of the School of Computer Technologies and Controls, his tuition paid for by the university (you can read Ilya's story here). As of now, Ilya has successfully completed his first year.

"I am studying on the Information Security program track, and I wouldn’t change my educational course: I still like it as much as I did when I enrolled. Everything is going ok, though studying here isn't exactly easy. There are no special requirements that I have to comply with, so I have it like other students: I am good at particular subjects and average at others. As of now, I am planning to find an internship at some company," shares Ilya.

You can learn more about ITMO.STARS on the contest's website.