This year, it will be the first time for ITMO University to host the final selection for the Vladimir Potanin Scholarship Program. From January 30 till February 3, the second onsite round is taking place at ITMO’s campus; 328 students from 11 Russian universities gathered in St. Petersburg to participate in the competition. Learn more about the event’s format, and what its participants expect from it! 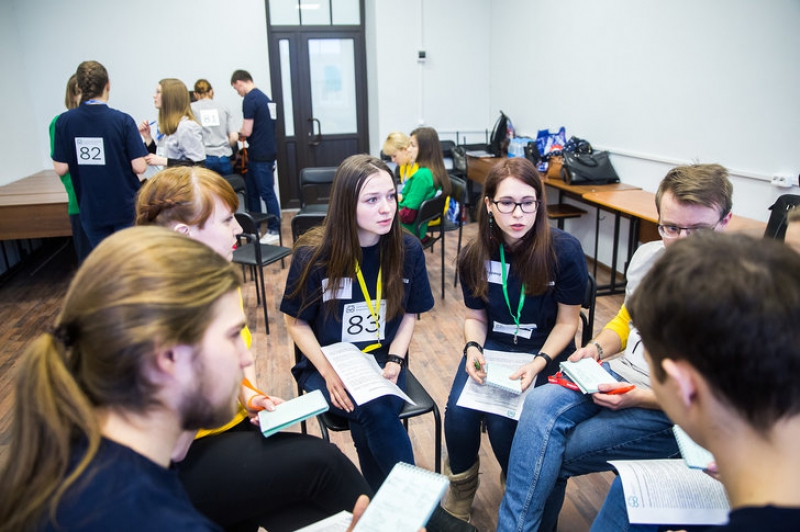 Every year, the competition is conducted in two rounds. For the first offsite round, the students send in written applications which include a motivational letter and an essay on the topic of one’s future Master’s thesis; after that, an expert jury selects the candidates for the onsite round. The onsite round usually takes the form of business games, interviews, case studies or other group and individual tasks.

The 2017-2018 contest was conducted as a business game; the winners got special monthly scholarships of 20,000 rubles from the Potanin Foundation. The scholarship is paid to the students throughout the two years of their Master’s programs. During the games, the students will have to show their creativity, teamwork, a keen ability to see into the different walks of life, as well as their knowledge, presentation skills, and leadership. Creative tasks are taken in groups, and each test takes a full business day.

“Each year’s competition is different. For instance, this year it took less of a game-like format; it was more about discussion. The competition’s main topic was the future, namely “The city of 2050”. This is why all of the tasks will be related to discussing the changes that will happen to the city; still, the discussion will cover different fields: social, cultural, the field of education and others. In a sense, it will cover all topics that Master’s students have to consider. There will be different games, most will imply speaking one’s opinion on the subject, but the students will also have to do some research and come up with new formats of public spaces - museums of the future, for instance, or organize their own kind of a social event. Thus, the games will differ, but all of them will be united by a common topic - the future - and the necessity to come up with some new idea,” explains Svetlana Sapojnikova, the event’s lead trainer.

For example, it was already during the official opening of the competition that students got the opportunity to show their prognostic skills and speculate how the world would change by 2050 - transport (helicopter Uber, teleportation, driverless cars, teleworking, renouncement of private transport), news exchange (neural networks, private media, telepathy, holograms), or how would a person of the future look like.

“I am a biologist working in biomedicine. As of now, I do research at the Federal Almazov Center’s Institute of Molecular Biology and Genetics. By participating in this event, I expect to get the experience of collaborating with people I never knew before. This really interests me, as I never had this kind of experience. Despite being a second year Master’s student, this is the first time I participate in this competition. I’ve decided to take this opportunity, as I heard many good reviews about last year’s event,” comments Anastasia Zaytseva from St. Petersburg State University.

Vladimir Potanin Scholarship Program is aimed at supporting Master’s students and lecturers of Russia’s leading universities. As of now, it is the foundation’s biggest project: since 2000, more than 27,000 students and 2,000 lecturers from 83 universities have received scholarships and grants as part of the program. The program brings together professionals from the field of higher education and other related fields who are ready to contribute to society’s development and continue to make a sustainable impact. The program employs various instruments and means in order to attain an optimal result. As of now, it includes the following components: the Scholarship Competition, the Grant Competition, the foundation’s School, the Moscow State Institute of International Relations Internship Program and the Olympic Scholarships Program.

“I study on the first year of a Master’s program. It was my research advisor who advised me to take part in the competition. We submitted the necessary application and documents, and I got into the second round. During the four years at the university, I’ve done a lot, so I had no problems with substantiating my achievements. Before coming to the second round, I’ve acquainted myself with the training program published on the main website - I’m really looking forward to them. One of the reasons is that I am a member of the several students societies - I guess you have them at ITMO, as well. These trainings seem to have a lot in common with what we do. So, I want to compare these experiences,” comments Elizaveta Karachinskaya from St. Petersburg State University of Telecommunications.

As a rule, several dozens of students win special scholarships every year. For instance, last time there were 96 of them. All of them also get the opportunity to train at the foundation’s School that takes place in the Moscow region every year and features a social project contest. The best projects get the Foundation’s grants.

“I study at the Institute of Philosophy of St. Petersburg State University. I have to say that this is not the first time I am participating in a scholarship contest. I’ve already got the Presidential Scholarship and the Russian Government Scholarships,. What do I expect from this event? I look forward to interesting tasks and challenges, as one would expect that from the Potanin Foundation - they always hold nonconventional contests,” explains Nikita Khazov from St. Petersburg State University.

The Vladimir Potanin Foundation is one of the first private foundations in modern Russia. It was founded in 1999 by entrepreneur Vladimir Potanin for conducting major projects in the field of education and culture. As of today, the Foundation initiates and administrates long-term scholarship and grant programs aimed at talented students and lecturers of Russia’s leading federal and private universities, museum specialists, sports professionals and specialists in endowment creation and development.