This year six young scientists from the USA, Canada and Russia were awarded an IEEE MTT-S Undergraduate Scholarship. Maxim Masyukov, a fourth-year student at the Faculty of Photonics and Optical Information, was among the winners. MTT-S is the biggest international society of experts in microwave, millimeter-wave, and terahertz technologies. The society exists as part of the IEEE, the Institute of Electrical and Electronics Engineers, and provides scholarships to students and postgraduates. Maxim’s research concerned the development of a chiral metasurface with tunable polarizing properties in THz frequency range. ITMO.NEWS asked him some questions about how to win such a scholarship. 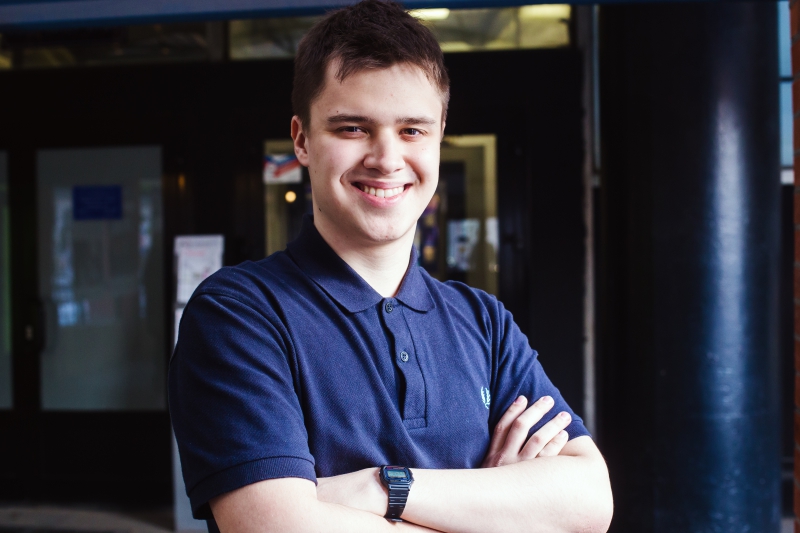 When did you learn that you’d won an IEEE MTT-S Undergraduate Scholarship?

I was in San Francisco at the SPIE Photonics West Conference when I received a message from my advisor, Anna Vozianova, saying I’d won something. It was already very late in the US and I was tired after a long flight, so I didn’t pay much attention to the message. But when I woke up in the morning I realised just what victory she was talking about.

Why did you decide to apply for this scholarship?

It happened spontaneously, really. I’d heard a lot from my colleagues about this project and decided to give it a try. It took me about three weeks to prepare the application form, which included a transcript, a letter of reference from my scientific advisor and a description of my research project. I edited my résumé many times trying to make it perfect and finally uploaded it just four hours before the deadline.

You won the scholarship for your project on the development of a chiral metasurface with tunable polarizing properties. Tell us a bit more about the project.

The project has to do with the polarizing properties of chiral metasurfaces. I focus on making a metasurface and analyzing its properties. We want to find out if there are other ways to produce chiral metasurfaces and broaden their usage. It can be used as a polarizer in various biomedical research, such as in polarimetric measurements of biological objects such as cancer tissue.

How did you realise that you were interested in science and particularly in photonics?

I’ve always liked math, computer science and physics, especially optics and nuclear and quantum physics. I couldn’t decide what I liked more, physics or computer science, so I decided to apply to the university where I could study both.

My interest in science started when I was a second-year student. We were told that we could visit the Terahertz Biomedicine Laboratory and conduct our research projects there.

Have you already achieved any unexpected results?

A scientist has to read many articles on a given topic in order to find new ideas for research. But being very curious, I’ve always tried new things, for example finding substitutes for materials or experimenting with layers of metasurface. And believe it or not, the results were sometimes rather unexpected.

Even renowned scientists, like Richard Feynman, often make astonishing discoveries by chance. For example, one day he was sitting in a café when he noticed a student throwing a plate up in the air. He observed the way the plate spun and noticed that the mark on the plate moved faster than the plate itself. Based on this observation he developed a set of schematics for the mathematical expressions governing the behavior of subatomic particles, which later became known as the Feynman diagrams.

In addition to physics, Feynman had many other hobbies. What do you do apart from your studies and research?

I used to study music and I even I finished music school, majoring in accordion. But I play the piano and the guitar, too. I also like photography, which is very convenient because my research work allows me to travel a lot and shoot in various locations. Apart from that, I go to gym regularly and read a lot.

To me, it’s very important to have many hobbies. Every summer I spend a couple of weeks with my friends.

How does this award benefit you in the future?

It gives me an opportunity to continue my studies abroad and go on internships with some of the most renowned scientists in the field. I would like to get an internship at FORTH Research Center in Greece. I would also like to do an internship in the UK, in the University of Southampton where they, too, study chiral metasurfaces.