How to win a Vladimir Potanin Scholarship

Last week, the Potanin Foundation’s Advisory Council announced the results of the 2017-2018 Vladimir Potanin Scholarship Program; among the winners are 21 Master’s students from ITMO University. ITMO.NEWS asked them some questions about the two rounds of the competition and the skills it takes to win. 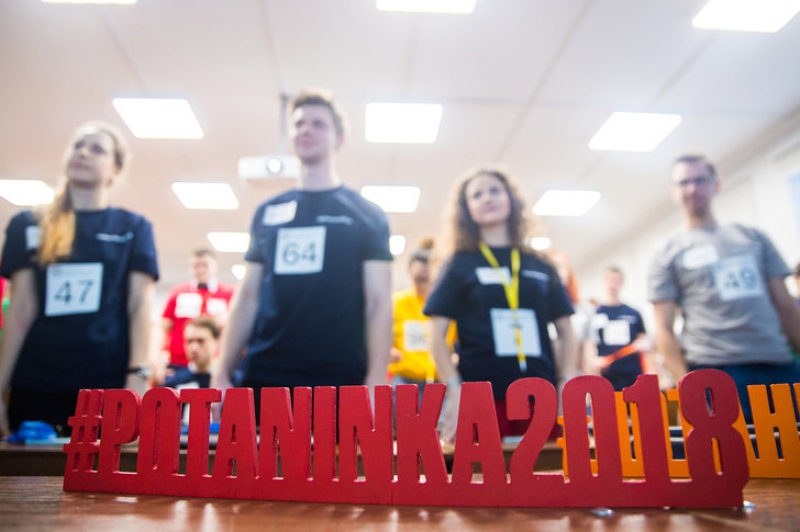 Ksenia Zhirnova, second-year Master's student at the Department of Physics

Last year some of my classmates took part in the competition and two of them won. I didn’t apply back then, but I decided to participate this time around and for a good reason.

For the first offsite round, the students submitted written applications which included a motivation letter and an essay on the topic of one’s future Master’s thesis. The second, onsite round took the form of a business game. The participants were divided into several teams of 25 players and given a task. This year’s theme was The City of the Future: we had to come up with ideas for how to cope with the challenges the future brings and make our cities safer and more comfortable for everyone.

I first heard about the Vladimir Potanin Scholarship Program when I studied at St. Petersburg State University. Now I’m a Master’s student at ITMO University.

The application form is divided into several sections in which you have to write about yourself, describe your research interests and attach a motivation letter. My Master’s thesis focuses on digital tools in social media, and the practical part of my research is conducted together with the Ural Branch of Russian Academy of Science; we’re developing a mobile app that users can use to “Shazam” birdsongs. In this app, users can read all the latest news on birds and make notes on the birds they encounter. Scientists can use this information to track the birds, their migration patterns, and habitat information for their research. It combines entertainment and education - and it can contribute to environmental protection, as well.

If you want to win, be earnest and convincing. When filling in the application form, just be yourself. Write in your motivation letter about who you are and what you are interested in. Describe your project and say in what way it can be useful to other people.

The second round of the competition is a business game used to identify leaders. All the participants are divided into groups and the observers note how they interact with one another. To be honest, some tasks are really boring or even silly. But that's the whole point: they want you to do silly things with a straight face, and behave as a leader at the same time.

I recommend taking the initiative upon yourself when in a team. Remember that if you do nothing, you get nothing.

I didn’t apply for this scholarship last year when I was a first-year Master’s student because I didn’t know much about the competition. But this year I realized last minute that I wanted to use this chance - and so I applied. It wasn’t my goal to win; I just wanted to give it a try and make sure that I used the opportunity.

My main advice is just be yourself. Don’t behave the way you think the experts want you to. Many participants behaved unnaturally in order to impress the jury, but it didn’t turn out well for them. As for the skills needed to win, I still don’t understand how it works. But I think that most of all you need to know how to express your thoughts clearly, be open, honest, confident, and creative.

Last year I decided not to participate since I didn’t have many achievements to my name, but this year that changed and so I applied. I felt at ease during the second round: I had worked as a sports volunteer and so I was familiar with the format. An interesting thing is that you don't really know how they assess you. I think that the most important thing is to seek mutual benefit and do your best to help your team.

I would also recommend taking part in some major project as a volunteer first to make you feel more confident. Describe all your achievements in your motivation letter. And definitely don’t be shy during the second round.

A curious thing: at the beginning of the second round we were asked to describe our expectations about the competition with one word. Then they made a list and it turned out that the word “experience” was much more popular than “victory”.

I first heard about the scholarship program when I was a bachelor student and I immediately decided to take part in it.

I really liked the format of the competition. Throughout the day you get the chance to work in teams with almost everyone. Limited-time tasks were the most difficult for me. There are some strict rules that you must follow in order to win. My advice is not to lose hope, go forward and participate in all the projects, even if you don’t believe you’re going to win.