From May 27 to June 7, ITMO University hosted the International Research Summer Camp in Photonics. The event brought together students from Iran, India, the Czech Republic, Finland and Russia, who listened to lectures and worked on their own research projects in the field of photonics. In this interview with ITMO.NEWS, the school’s participants share about their projects and experiences. 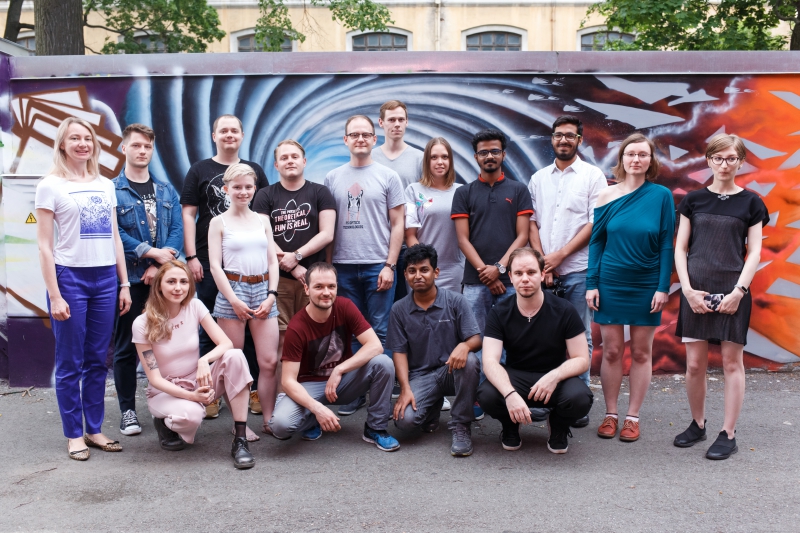 The main goal of this summer school is to create a platform for international collaboration and knowledge exchange. According to Maxim Melnik, one of the project’s coordinators and staff of ITMO’s International Center “Photonics and Optical Information Technology”, the school is designed for young aspiring scientists, who have not yet made up their mind about what scientific field they want to pursue their career in and are willing to explore new topics related to photonics.

This year’s summer camp brought together Bachelor’s, Master’s and PhD students from a whole range of countries, including Iran, the Czech Republic, India, Finland and Russia. The camp lasted for two weeks and was held in two rounds: during the first week, participants listened to introductory lectures on various aspects of optics and photonics, such as digital holography in microscopy, the use of experimental methods for studying nonlinear properties of semiconductors, terahertz lasers in medicine, etc. After that, each participant was assigned an individual project to work on during the remaining seven days. The school ended with participants presenting the results of their work to each other.

It is pure chance that I happened to be here, at ITMO University. The thing is that after taking a brief course in plasmonics, I wanted to learn more about photonics and optics. I googled where I could get a good education in this field and bumped into this summer school at ITMO. What helped me make the decision was that it was very easy to apply: all you had to do was to fill in an application form, submit some additional documents, and apply for a visa.

The program of the summer camp is built in such a way as to allow each participant to work on their own research project. Mine focused on the development of holograms of historic cultural objects. I took photos of various statues, then created their 3D models and worked with them. In the long run, my project is aimed at preserving historical and cultural monuments. As this initiative is new, there is no one to look to for advice or recommendation, which makes it even more interesting for me.

I am from Croatia, but I am now studying image processing at Tampere University of Technology in Finland, which is one of ITMO University’s partners. This is how I learned about this summer school and decided to give it a go. What also prompted me to choose ITMO over other universities was the opportunity to work with a digital micromirror device. The knowledge I gained here at ITMO will definitely come in handy in my future research work in Finland, where I’ll soon have to work with this kind of equipment.

Having done research in several countries, I can say that I don’t see any difference between how things are done in Russia and abroad, it’s just equally good. Either in Europe or Russia, most researchers know their business. When working with such people, you always gain valuable experience no matter what tasks you’re given to solve.

As for my plans for the future, I would really like to pursue my Master’s degree at ITMO University and continue my current research. Unfortunately, the university I am now studying at doesn’t have any joint academic exchange programs with ITMO, but I plan to come here during the winter holidays.

In the course of the last six years, I have been studying optical material engineering and crystals, but just recently I got really interested in optics. That’s basically why I decided to participate in this summer school.

Among the topics discussed during these two weeks were both those that I’d already worked with and those I hadn’t even heard about before, such as terahertz biomedicine, femtosecond optics and quantum informatics. I didn’t have any difficulties communicating with other participants, as we all work in the same field and use the same terminology.

As part of my individual research project, I conducted numerical modeling of optical parameters for cancer research. Being given experimental data on cancer tissues, I familiarized myself with these theoretical models and attempted to model them in the laboratory. This project will be then continued by ITMO University PhD students.