On July 13-20, the German city of Heidelberg hosted the 2019 World Ultimate Frisbee Championship for athletes under 24 years old. The competition brought together some 1,300 participants split into 51 teams from 29 countries. The Russian national team was represented by, among others, three ITMO University students. ITMO.NEWS talked to them about how long they have been into this sport, and how they manage to juggle studies with intense frisbee training. 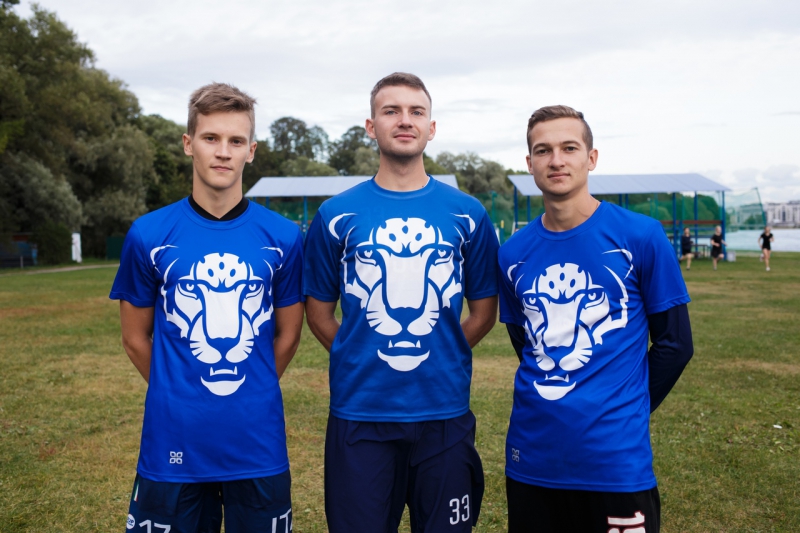 Ultimate frisbee is a non-contact, self-refereed team sport played with a frisbee. It combines elements of netball, touch football, and American football into a fast-paced, athletic sport.  Two teams of five to seven players play on a field with two end zones. The objective is for the team with the frisbee to pass it up the field without dropping it and catch it in an end zone to score a point. The other team tries to intercept the frisbee or knock it down.

Founded in the US in the 1960s, ultimate frisbee was introduced to Russia by Canadian school students, who came to St. Petersburg to participate in an exchange program in 1989. Since then, it has been gradually gaining popularity and in 2015, it was even recognized as an Olympic sport.

How did you get into ultimate frisbee?

Artem: I have been playing this game since my first year of Bachelor’s studies. This is when the frisbee club was established at ITMO University. Each student had to choose a sport, and ultimate frisbee just seemed the most exciting. Any of us didn’t know anything about it, but we got very lucky to have our coach, who taught us everything. Back then, I didn’t even think about making it to the national team, I just enjoyed the game and hoped that one day, I would represent my university. And now I’m representing my country.

Nikita: I got into this sport at the very beginning of my Bachelor’s studies, when my groupmate brought a frisbee to the university and we played it between classes. At that moment, I was looking for a sport to play, and ultimate frisbee seemed just right.

Dmitry: I was choosing between volleyball, basketball, and frisbee. What I liked about the latter was that it was a new sport and I was curious about its rules and techniques. And what is also important, it’s a team sport, which makes it fun to play.

How often do you train?

Do you find it hard to combine sports and studies?

Nikita: To be honest, it has never been a problem for me. Maybe it’s because I’ve never been an A level student and I didn’t make it my priority to attend all classes. So I had enough time for both sports and studies.

Dmitry: The education at my faculty is pretty intense, especially in my second and third years. So sometimes it is really hard to find time for everything, but as you can see, I’m doing pretty well.

Artem: I didn’t have any problem with that; I even had time for a part-time job. I think that playing sports teaches you to organize your time more efficiently.

How did you make it to the national team?

Artem: I participated in an ultimate frisbee competition in Moscow in the fall of 2018, when a friend of mine told me about the start of the selection process for the national team. So I started training and saving money.

Nikita: When you start doing something new, you obviously want to achieve something. So when I heard about the World Ultimate Frisbee Championship, I decided that it would be cool to participate. This is how I got into the national team.

About sports after university

What will you do with your hobby after you graduate?

Dmitry: There is a universal answer, city sports clubs. In parallel to playing for the university, you usually play for one of the city teams, so that when you graduate, you can still represent your city at competitions.

Artem: City sports clubs are a good option, but there are other options as well. For example, I’m from the Russian city of Tula, where people don’t know anything about ultimate frisbee. Back in 2013, there was a group of people who played it in a park and wanted to promote it, but it didn’t work out. So I could go back and try to open my own frisbee sports club in Tula to train future world champions.