A group of ITMO University students was named among the winners of the Rukami international festival of technologies and ideas, which was recently held in Moscow. ITMO.NEWS asked the students about their preparation process, team management and why good city lamps really matter. 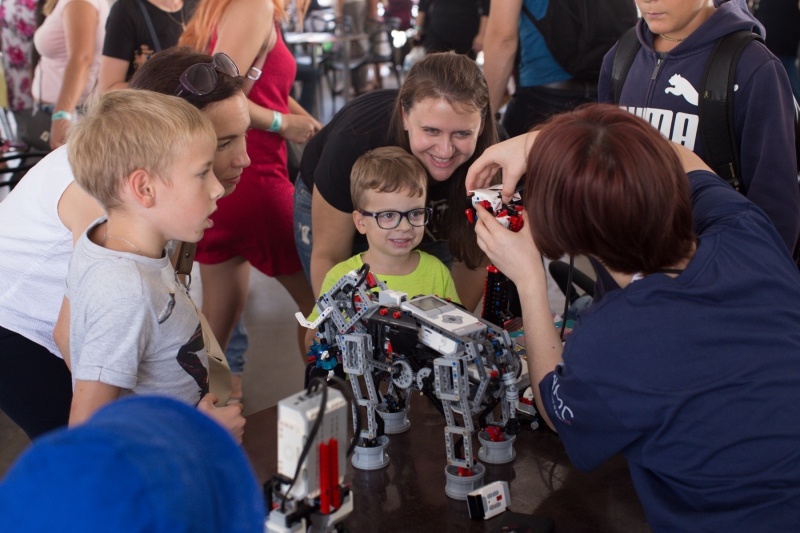 ITMO University Bachelor’s student Artemy Zhidkov and Master’s student Artemy Zenkin have participated in a lot of robotics competitions, drone races, and other technological festivals. They have victories in multiple festivals under their belt, including the Robotex Festival (Estonia) and Mile of Technology (Germany). At the end of this summer, they represented ITMO University at the Rukami international festival in Moscow. What’s remarkable is that Artemy had a chance to participate in the festival as the team’s mentor and research advisor.

Rukami is an annual festival for people interested in modern technology, robotics, and invention. Established by the Russian Venture Company and in collaboration with the National Technology Initiative Foundation, the festival is held in Moscow and a range of other Russian cities, including Novosibirsk and Yekaterinburg.

“What makes this competition different from any other is that you can participate in it with virtually any project,” shares Artemy Zenkin. “The main idea of the festival is to explore in what direction we’re all moving and create a platform for sharing ideas.”

ITMO University team presented three projects at the festival: a drone station, a programmable rover, and elements of the smart home system.

“The first part is a drone station,” continues Artemy. “It is designed for autonomous landing of a drone. Imagine you have a pizzeria, and there are some houses located nearby. The drone flies from the pizzeria to a customer, but it doesn’t have enough charge to fly back. In this case, it can land at the nearest drone station, where it can recharge its batteries and continue its journey.”

“Another project,” continues Artemy Zhidkov, “is a smart meter, part of the smart house project developed by Pavel Volkov. Installed on top of a conventional meter, the device processes and sends to the property management company information about how much water, gas, and electricity has been used.”

For Artemy Zenkin, whose task was to get the team ready for the competition, this was the first time that he tried his hand at team management instead of sleepless nights in the laboratory and training. And it turned out to be much harder than he expected.

“I didn’t expect that it would be so difficult. This was the first time that I had to ask people to do something. To be honest, I didn’t quite understand how complicated it can be,” shares Artemy.

As a result, according to the team members, the exposition presented by ITMO University was just as good as the best projects in terms of its programming complexity and engineering solutions.

“Our rover is a former racing car transformed into a construction set. Anyone with minimal skills in robotics can assemble such a device at home and program it to perform interesting robotic tasks, such as drive along a line, build a map of the area, or even bring your slippers… There were devices at the festival that could do the same thing, but they provide fewer options and cost 70,000 rubles apiece, while our device costs some 13,000 rubles,” says Zhidkov.

ITMO University team failed to win first prize, which went to the Smart Park team from Kazan. They presented a prototype of a park equipped with street lamps that respond to visitors’ movements and smart trash bins that emit a signal when full. The best among the schoolchildren were the guys from Yekaterinburg with the design of the Rail Tracker air monitoring system.

"People were more attracted to interactive projects, which they could touch, assemble and disassemble. It means that some simple mechanisms that do not require any complex solutions could interest people more than a drone station. You have to present your project well to attract people, make them interested in what you do. I think that it’s a very useful skill for our students, and participation in such competitions can help them acquire it. There is an opinion that our students are really good at solving complex tasks but are difficult to communicate with. In my opinion, such festivals provide a very good ground for practice. It’s important to be able to sell your ideas as well,” shares Zenkin.

The students are now returning to their work and studies. Artemy Zenkin will continue working on his project dedicated to drone stations. Two companies are already expressing interest in the project.

“Apart from that, we are now getting ready for the Robotex competition in Moscow, where we plan to take revenge on the German team in drone racing. The competition will be held in Germany next year,” explains Zenkin.

The students also plan to participate in next year’s Rukami festival. In order to achieve better results and win the main prize, they’re now going to pay more attention to the presentation of their works.