An intellectual competition for future international Master’s students, the Open Doors: Russian Scholarship Project, is kicking off soon, with registration of participants beginning on Nov. 20, 2017. Winners will get an opportunity to study tuition-free, courtesy of the government of the Russian Federation, at Russia’s leading universities. The subject areas include Mathematics, Physics, Computer  Science and Economics. The contest is supported by the Ministry of Education and Science of the Russian Federation and is organized by the “Global Universities” Association. 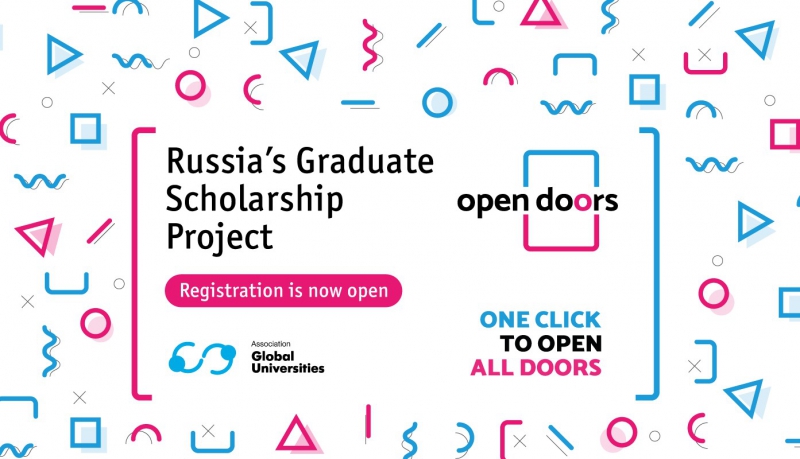 The main goal of the initiative is to encourage talented international students to apply for Master's programs in Russian universities. Based on the results of the competition, winners will be able to receive a full-tuition scholarship from the Government of the Russian Federation for training in Russian universities, which will allow them to complete a Master's program entirely free of charge. The contest is held in English and Russian.

The competition is open to citizens of all countries other than Russia, stateless citizens, and Russian citizens who are permanent residents of other countries. It’s mandatory to have a Bachelor degree or be receiving one in 2018. It’s not necessary to come to Russia to participate. All stages of the contest take place online. It’s possible to apply to several subject areas at the same time. Winners will be accepted without entrance exams before the general admissions process and will start their education in the 2018/2019 academic year.

Winners will be able to select programs in English and Russian. They can also improve their Russian prior to the actual Master’s program at the university’s preparatory courses, which last one year, and then start their degree program.

The contest consists of two stages. The first is a portfolio contest that takes place December 1 – 31, 2017. It’s open to all applicants who have registered till November 20. The portfolios can be uploaded starting on December 1, 2017.

The second stage is a test conducted online. It will last from January 25, 2018 till February 5, 2018. It will be open to those who have successfully completed the first stage.

The results of the contest will be available on February 20 on the project’s website.

The winners will be those participants who, after two stages of the competition, are placed in the top 5% of the participant rankings. Runners-up will need to be in the top 25%.

The rankings of the winners and runners-up will be available on February 20 on the project’s website and in participants’ personal accounts.

The contest is developed by the top Russian higher education institutions with support from the Ministry of Education and Science of the Russian Federation. The head of the Open Doors: Russian Scholarship Project is Daria Kozlova, First Vice Rector of ITMO University. The group also includes Artem Voronov, Vice Rector of MEPHI and Tamara Protasevitch, director for professional orientation at the Higher School of Economics. “Russian universities are among the world’s top education centers for computer science, physics and astronomy, among other subjects,” said Daria Kozlova, First Vice Rector of ITMO University. “Therefore, education at top Russian universities – participants of the 5-100 Russian Academic Excellence Project – is on par with that in the world’s leading universities. Today, our universities offer students cutting-edge programs that meet international standards and train them for the professions of the future.”

Those winners who choose to study at ITMO University will have the ability to pick their own learning path as well as be given other opportunities for well-rounded academic, professional and personal development.

“Those students will be studying at the first “non-classical university”, which means that, along with the academic and research aspects of their work in English and Russian, they will also be involved in its entrepreneurial and research projects and will be able to choose from over 200 partner universities to participate in academic mobility programs. They will able to build their own learning path by selecting research, entrepreneurial, industry or corporate Master’s degree and expanding it with additional modules they find interesting," – she adds.