Choreography in VR, multimedia theatrical performances and virtual actors on a real stage - more and more new technologies are being introduced into classical art. Digital theatricals are now shifted with a single press of a button, and the very theaters have long developed their own data centers, started using analytical systems and are now looking to introduce  360 degree videos, as well as virtual and augmented reality systems. Arseny Nikolaev, ITMO graduate and chief engineer of Mariinsky Theatre’s  IPTV sector, speaks about new multimedia projects and the prospects of using new technologies in classical theatre. 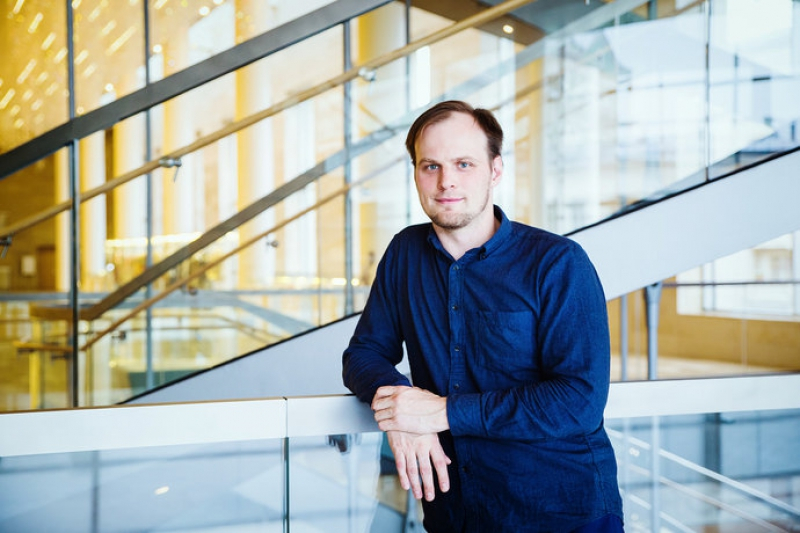 Just recently, you collaborated with ITMO’s Department of Graphic Technologies on a project that had to do with motion capture technology, the one that world-famous choreographer Vladimir Varnava took part in. Please tell us more about it.

This was a novel experiment for us, and ITMO University played a great role in it. They told me that they have a working motion capture system; they’ve been trying it out for some time, but they were yet to come up with any ideas for a major multimedia project. As filming choreography has always been interesting to me, I thought that it would be interesting to invite a choreographer and combine the motion capture technology with a real video.

The motion capture system was set up at ITMO, in the room where they teach art. We cleaned the place, brought lots of drapery, set up the light. At first, we just filmed videos: Vladimir danced in common clothing, and I tried different shooting angles. Then we dressed him in a special suit with markers and filmed the same video with the use of motion capture technology. This way, we recorded the camera movements and the actor’s movements, as well. For the project, we’ll be combining it all: we’ll have a real dance, but the actor will be replaced by different graphic elements.

Which projects have you already worked on that use new technologies?

When 360 degree video appeared, we tried many things with it. Back then, I was still studying at ITMO University. As of now, we are planning to conduct an experiment with another talented choreographer who has already organized several successful projects at Mariinsky Theatre - Yuri Smekalov. His latest choreographic experiment - the ballet Solaris - was recently staged at the Comediant’s Shelter (a musical theatre in St. Petersburg -- Ed.). Yuri is open to artistic novelties, and we already have a great idea, though I don’t want to disclose it yet.

VR is now being widely introduced into classical art, much like video mapping and lighting technologies. Which technologies and opportunities do you find most promising?

Both my colleagues and I constantly monitor new solutions and methods. For me, amongst the most interesting ones is the application of 360 degree videos in classical ballet, largely because I have lots of plans and ideas for it. I came to understand that by using 360 degree video technologies, it’s possible to stage a ballet dedicated for VR. For now, I’ve never seen a complete project in this field neither in Russia nor abroad. My plan is to conduct my own project. In this sense, our work on Solaris opens many new opportunities.

Did you always want to focus your professional activity on ballet?

My mother is teaching at the Vaganova Academy of Russian Ballet, so most of my childhood had to do with the theatre. Not only did I watch a lot of performances, I’ve spent a lot of time backstage and at rehearsals. And when I grew up and became infatuated with photography and filming, I understood that it is the dance that I like to capture the most. Maybe, it's because I’ve known ballet since childhood that I can perceive it from several different angles at once. And when I started to work for the Mariinsky theatre, I understood that ballet is what interests me the most.

Though you’ve been involved with classical art since childhood, you’ve decided to continue your education at a technical university. Why?

Before joining ITMO University, I studied Sociology, at St. Petersburg State University which didn’t have much to do with art; after graduating, I’ve changed many jobs, been looking for my place in life, and then I understood that I am really interested in videos, and in multimedia in general. As for ITMO University, I stumbled upon it by pure chance: I entered “multimedia in art” in a search engine and found the link to ITMO’s Master’s program Multimedia Technologies for Theatre, Cinema and Television. I called them right away, and they told me that the exam was just the day after. So, I read a bunch of literature, got in, and that totally changed my life.

In what ways did you find the knowledge you got at university useful for real work?

On the whole, I believe that Master’s programs should be practice-oriented. It doesn’t matter what the program is about, whethere it’s multimedia, or something else. It is very important for a person to do real projects. A person doing a Master’s program already has basic knowledge and skills, so at this stage, they are to learn to apply them. For me, the projects we conducted helped me to be content about the field I now work for, as I got to know the tasks I am now facing.

On the other hand, a university provides you with basic knowledge only, so it is in the course of your real work that you have to improve your competencies. Even now, I regularly contact Artem Smolin, head of the Department of Graphic Technologies; it was he who invited me to participate in the recent motion capture project. I often ask him for advice, and also invite his students to our broadcasts. I believe that such collaboration is important for not just the university, but the theatre as well, as it will later give an opportunity to collaborate with talented students on great new projects.

Also, I think that students should get the feel of a real work process, learn about the equipment that is currently being used, and so on.

How often does one have to renew such knowledge? In programming, for instance, new developments are announced every month. And even from a user’s point of view, multimedia technologies seem to develop at a rapid pace.

You’re right, this is indeed a rapidly developing field, everything changes fast. I suppose that global changes happen every two to three years. The most interesting of the recent technologies that have emerged and brought much change is 360 degree videos that I’ve already mentioned. Three or four years back, almost no-one spoke about them, and now this technology is already part of our lives. VR is very similar - now, anyone can buy a VR headset, and we can use the technology for creating various multimedia projects.

When speaking about video, there was this time when Japanese specialists filmed a performance at Mariinsky at a resolution of 8k. Then, there was few equipment that could show such video, for instance, we had only one such monitor at our theatre. Still, I understand that in a couple of years, it will become a common thing. We are already entering a new age which will be about different resolutions and image quality. In this sense, ballet filming is also changing: we now see things we wouldn’t have been able to some ten years back.

This also shows how important it is for the students to learn more about the practical side of things. For instance, I still remember it when during the first year of my Master’s program, such people as stage director Andrey Moguchy and artist Maksim Isaev visited us. It was quite an experience, as most students expect to listen to some theoretical knowledge they can find in a textbook, and not meet with real artists who are ready to answer their questions.

Theatre, and ballet, in particular, have long been perceived as something traditional, classical. Then, in the recent years, there’s a whole outburst of new technologies, VR and multimedia make their way into classical art. Do you think the audience is ready to accept these changes?

This is a complex issue. I think many aren’t. The adherents of classical ballet are very tradition-bound, in a good sense. Also, I think that there’s no such goal as to convert everyone to accepting the new technologies. When we are working on a project that makes use of them, we know for sure that there are people who are interested in it. Still, we don’t seek to make something that’s likeable to everyone.

Surely, it’s possible to come up with specialized programs, promote new technologies via festivals. For instance, we have this ballet festival that took place at the Mariinsky theatre. If we were to show videos that have to do with modern ballet as part of it, VR videos included, that would have helped to promote modern technologies to a wider audience.

On the other hand, there will always be people who believe that ballet is to be watched at a theatre only, and that no video will ever replace it. And I agree with those, as well. Technologies advance, but the theatre is still here. No-one plans to replace it with videos and VR headsets. And if that would ever happen, I will be the first one to feel sad.