Today, there are numerous online platforms and mobile applications that help people develop their cognitive skills. Participants of the recent NeuroForum-2018 "Brain: Technological Solutions for its Development and Enhancement for the NeuroNet Market" discussed the solutions and equipment that can be used for this purpose. The event was organized by ITMO University and took place at the Tochka Kipeniya (Boiling Point – Rus.) co-working space in St. Petersburg. 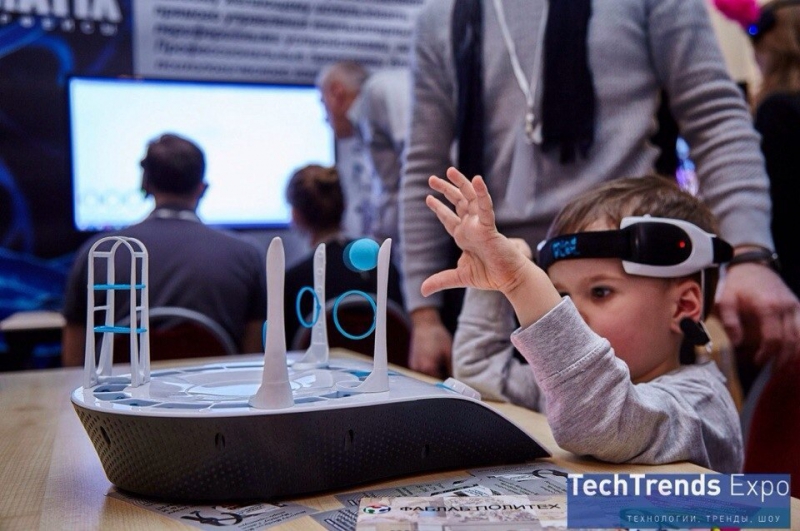 Sergei Belan, founder and CEO of the Wikium company, on brain trainers' effectiveness for people of different age

When we only started out, Wikium was a platform for developing cognitive functions: memory, attention and ideation. A year ago, focused on the field of soft skills, and started training both generic skills like speed reading, emotional intelligence and such, and those that have to do with personal effectiveness. Three months ago, we included neural interfaces in our work, which offered us better opportunities for working with calm and concentration states. We launched an online school on emotional intelligence, and started to actively expand in the markets of Spain, Canada, Australia and Germany. Today, Wikium's web traffic is among the world's biggest.

Working with different age groups has its special features. Initially, we thought that the student community would become our main audience. Then, we understood that Wikium is great for those who are able to feel the effects of their training. A human's brain is actively developing until they turn 18. During this time, people just naturally improve with every passing day, so the effect of any training is just not so obvious. Most older users, however, start to feel these effects as soon as after their first session. For this reason, we decided that we don't want to aim our service at children, as that would've made us compete with Counter-Strike and Dota, which is something we couldn’t manage.

Students are more interested in our service, but their priorities mostly have to do with everything that offers an immediate effect. People over 30 have much better insights. They use the service a lot more often (most use it every day), and the metrics for them are higher than those for other age groups. Depending on one's age, the level of motivation and the willingness to invest time into particular things changes greatly. Today, our service's main audience are people aged 25 and higher.

Vladimir Statut, CEO of Neuromatics, co-founder of NeuroNet Branch Union, on the experience of integrating mobile apps with neural interfaces on the example of Interaction Muse

Today, there are particular marketing limitations in the field of developing brain trainers. There are platforms and devices that most people have access to: computers, tablets, mobile phones. Developers build upon them solutions that can be commercialized and used with these already existing devices. If we were to start introducing additional devices and hardware for such solutions, that would've made scaling them harder. Platform-based solutions and approaches are very popular on the Western market; most of the recent projects are based on the already existing tools.

One of the most famous cases that have to do with using a neural interface with a mobile app is the one by the Interaction Muse company, a solution for the elderly who want to extend their active longevity. Some time back, NeuroSky released a user interface with a minimal set of applications. As they were the first to do that, they weren't really interested in making a name in the market with particular cases. On the early stages, Muse was being promoted as a good neural interface with better signal quality than that of its counterparts. Still, there weren't many practical applications for it, so for quite a long time, no one really used it. Knowing the practical applications of a device is very important, as it is not the device that the client buys, but particular opportunities that it presents.

It was when Interaction got the order on developing software for soldier rehabilitation as an alternative to antidepressant medications that has become a landmark moment for the company. The company's representatives proposed the Calm program that was based on neurofeedback, and made the decision to sell not hardware but box solutions for stress relief and relaxation. Without this program, Muse was just a piece of hardware. When you install the program, you create an online profile that records your progress. With time, you are offered new exercises, which is how the project is being scaled. One of the main issues with promoting it in Russia is that people here are not ready for this kind of technology. Also, there aren’t any companies that would localize such products.

Nikolai Vyatkin, member of the Council for the Implementation of NTI in St. Petersburg, on a new application for developing cognitive skills of children with special needs

The project was launched three years ago; we focus on helping children with dyslexia. According to statistics, 5-7% of children in the world have this diagnosis, and 10-15% experience difficulties in developing their reading skills. On the whole, 1.5 of 15 million schoolchildren in Russia have various developmental disorders.

Our project is based on research by Alexandr Kornev, a Doctor of Psychology who's been focusing on this problem for about 20 years already. Most importantly, we were interested in promoting the methods that can help with such children's development in the regions.

The problems that we are talking about largely have to do with insufficient brain activation. For one, a kid with dyslexia has problems with recognizing letters and syllables; they perceive every word as some kind of a hieroglyph, an image, i.e. their brain is ineffective when it comes to establishing connections. Alexandr Kornev's methods allow to activate particular areas of the brain that such children don't use. You can only upscale such methods by using technology. As of now, we offer our application in testing mode, as we are still finalizing the prototype.

Our application is quite versatile: it can be used by both children with special needs and regular children. Apart from dyslexia, the method can also be used to treat other developmental disorders such as dysgraphia and dyscalculia, which is a new and an understudied issue.

Our goal is to teach the parents of such children to work with them, develop them and do offline exercises, and to also tell them about the different types of counseling they can get. For instance, if a child has dyslexia, they need special support, and this is also something their parents have to learn. Today, that's a whole new area of research that we work on.

Such speakers as Yuri Konoplev, co-founder of the TuSion neurogaming platform, and Denis Gvozdov, founder of the Brain Development Center, also took part in the event's round table.

"Any process has to have stakeholders. In order to stay competitive on the global market, we need to form a community of stakeholders for the NeuroNet market, the government being one of them. The Association offers an optimal format of such an organization. The market has to be developed now, when fledgling businesses don't yet have to adapt to rules and standards set by major players, as it happened in the pharmaceutical industry," concludes Nina Yanykina, Head of ITMO's Institute of Entrepreneurship and Dean of the Faculty of Technological Management and Innovations.