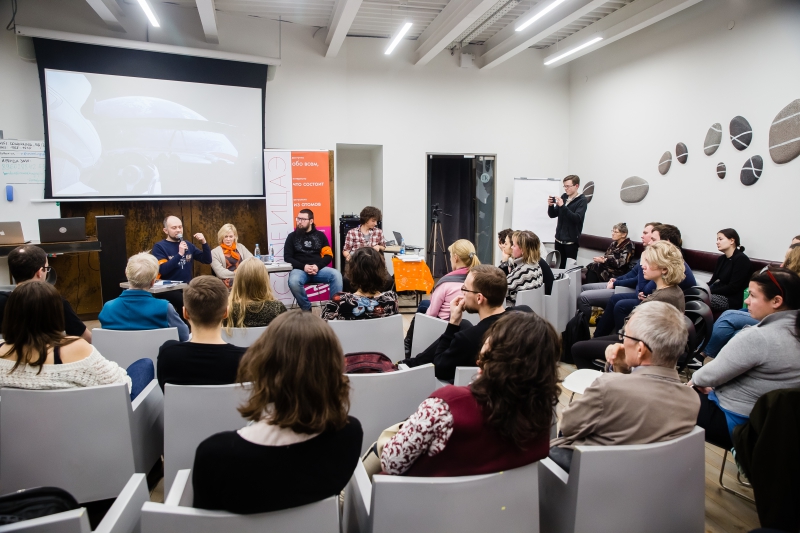 Alexander Khokhlov, a space instrumentation engineer at the Russian State Scientific Center for Robotics and Technical Cybernetics, the President of the Youth Section of the North-West division of the Russian Cosmonautics Federation

One of the major highlights of the last year was the Falcon Heavy launch, which took place almost a year ago, on February 6, 2018. The rocket sent Elon Musk’s Tesla Roadster with a mannequin named Starman wearing a SpaceX suit on board into space.

So why is this a milestone? First, this was a well-thought-out PR strategy, designed to capture a lot of attention and restore confidence in Musk’s plans. And it worked out just fine. Straight after the launch, the United States Department of Defense commissioned SpaceX to send satellites to a geostationary orbit. Second, this was the heaviest rocket humans have ever launched into space. And finally, a record number of people saw the launch: people were coming to Florida in advance to choose the best place.

Ekaterina Khomiakova, a biochemist, the author of the book ‘How Our Immune System Works. Myths About Our Health’, a senior research associate at the Institute of Experimental Medicine

Though oncological diseases remain one of the leading causes of mortality worldwide, 2018 brought some significant changes. For example, it is widely believed that stage 4 breast cancer can’t be cured, however, 2018 showed that it actually can. The new method involves using a patient’s own immune cells (T-cells) to fight the disease. T-cells are cells of the immune system that fight infections, but also have the potential to eliminate cancer cells.

What scientists did is that they removed T-cells from the patient’s body, modified them in a way to make them recognize and kill cancer cells, and then put them back into the patient. The patient was cured. This is only one of the many success stories that prove that immunotherapy really works. The flipside, however, is that the procedure is very expensive and not everyone can afford it.

In this context, the 2018 Nobel Prize in Physiology or Medicine was awarded to James P. Allison and Tasuku Honjo for their discovery of cancer therapy by inhibition of negative immune regulation. There are special molecules in our immune system that prevent T-cells from killing their targets. Cancer cells produce these molecules in bulk to suppress the immune system. The researchers proposed deactivating these molecules, thus making the immune cells more powerful. These discoveries opened a new era of cancer immunotherapy.

Ivan Drokin, a mathematician, specialist in machine learning, and Research Director of the BrainGarden and Botkin.ai companies

In 2018, the American organization FDA approved using various machine learning-based systems for clinical practice. This organization determines which products and technical devices can be brought into the American market and used for treating people. Before launching into the market, every drug must get FDA’s approval.

Why is it so important? In 2018, as many as two companies were allowed to bring their products into the market, both having to do with the brain. The first one is designed to find blood clots in the brain, while the second one is aimed at detecting brain bleeds.

What is remarkable about such products is that the approval procedure has been changed dramatically. It used to take too much time and not everyone was ready to wait that long. Now there is a special committee responsible for projects like these two, which allows for a much faster and more flexible procedure.

We often hear of automation replacing workers. Don’t worry about that, you won’t lose your job to a robot. They are designed to help and make our work easier and more efficient. For example, in medicine, such devices can help doctors optimize their treatment routines by ranking patients based on their diagnostic results. The system doesn’t make the decision for you, it just draws your attention to patients with higher risks. It’s like it tells you “Look at these ones first, they seem to have real problems.” This alone can save time and thus improve someone’s chances of surviving.

Andrey Seriakov, a physicist, a research associate at the Laboratory of Ultrahigh-Energy Physics, a participant of the NA61/SHINE CERN experiment

We are now witnessing the beginning of a new era in astronomy: on September 2017, a high-energy neutrino was traced in space by the IceCube observatory for the first time ever. It was extremely powerful, nearly 40 times exceeding the energy of the protons cycling through the Earth’s most powerful particle accelerator, the Large Hadron Collider.

A dedicated neutrino hunter situated in the Antarctic region, IceCube is packed with lots and lots of cables and sensors. This was the first time when the sensors managed to pin down the neutrino’s source. The facility sent out an automatic notification, alerting other astronomers to the find and relaying coordinates to the patch of sky that seemed to house the particle’s source. Lots of other telescopes studied that patch and traced the neutrino’s origin to an already-known blazar, which lies about four billion light-years from the Earth.

This is a real breakthrough in astronomy, as it now studies not only photons but also neutrinos. What makes these particles so special is that they can potentially help us solve the mystery of cosmic rays, as well as get new information about the nature of the universe.