"Patient Sapiens: a Guide to Herbs and Pills": Journalist Andrei Vodovozov on Medicine, Cannabis and Puppies

It has recently been reported that the Ministry of Health plans to permit importing hashish, cannabis oil and marijuana to the Russian Federation for the purposes of medical research. It might even be so that Russia will soon follow the global trend of revising its attitude towards these substances. Still, is this a right thing to do? How do these substances affect a human organism? And what is the history of applying herbs and other substances in medicine? Science journalist Andrei Vodovozov focused on these and other questions during his recent lecture "Patient Sapiens: a guide to herbs and pills". 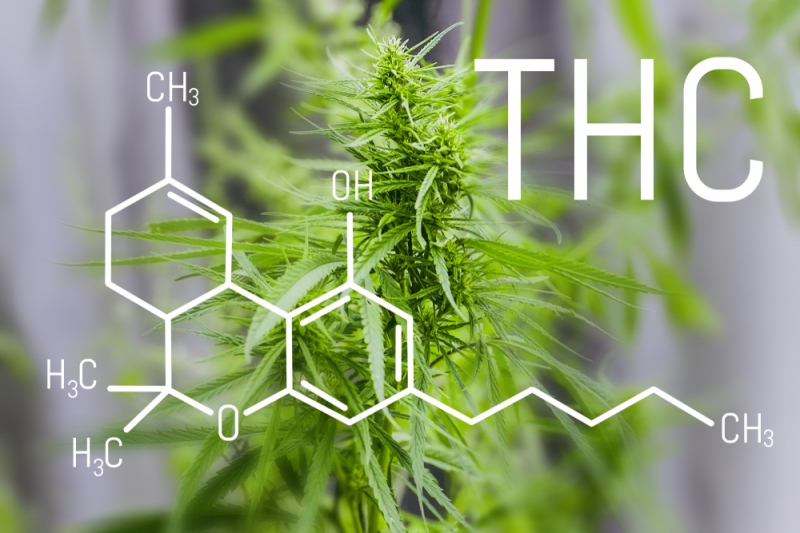 On the whole, medicine has always been prone to using nature's offerings that were close by. Let's say some tribe lives in a forest. A shaman or some other responsible person makes observations. When some tribesman tries eating some new root and dies, they remember it. Some other fellow with intestinal upset tries a different root and gets better - they remember it as well. An empirical approach to medicine existed for a very long time, in some places, it survived until the 1960s.

Even now we are often acting according to the same concept. For one, aspirin is very widespread, but few know that it was discovered back in the 19th century. It is just that for some 80 years, no one really knew how it worked. Only in the 1970s, people learned the molecular mechanism behind its effect and understood why this substance is so effective.

On herbs and puppies

We can trace descriptions of medicinal herbs to the very first historical records. For example, the clay tablets of Ancient Sumer speak about bay leaf, caraway and thyme. The latter is still used in expectorant drugs. Surely, its effect is not superb, but on the bright side, it is legal, marketed, and affordable.

What else? Well, there's an ancient Chinese manuscript from 1700 B.C.E. with a list of some 400 medical herbs. It was this information that once helped researchers who were looking for a malaria medication to create what is now known as artemisinin.

Later, in 1550 B.C.E., the Egyptians came up with the Ebers Papyrus, which became one of the most renowned medical treatises and contained over 700 magical formulas and folk remedies. Five ingredients were used as carriers: milk (as it was easy to get and allowed to prepare most different medications), olive oil (for the same reasons), beer (though it was quite different from what we have today), sanctified water and honey.

As for the herbs, they used poppy, pomegranate, onions, dates and so on. Animal ingredients were also used: for example, they often used parts of cats. The logic for it was quite simple: if sanctified water is effective, then holy animals should do the trick, as well.

From a modern person's standpoint, the formulas are quite questionable. For example, let's take a look at an ancient formula for a sedative: fresh figs, fermented figs, milk and sweet beer. "Mix it and drink, and you'll feel the effect immediately." Well, we can easily get the idea of what its effect should be like.

The idea of using animal parts survived for quite long, up to the end of the 18th century. By the way, puppies were a very popular ingredient. Formulas telling to "take six pups, mince them and ..." were quite common. Old medical books note that such medications were really good for cough and anxiety.

Still, even back then, such formulas were already criticized. Antoine Baumé, one of the founding fathers of modern pharmacology, wrote in his Eléments de Pharmacie théorique et pratique that it is the herbs and not pups that are responsible for the healing powers of medical oils.

A bit about Russia. Since the end of the 16th century, there was a "berry duty": each region of the country had to supply the state with a particular medicinal herb. They brought hypericum from Tobolsk, licorice root from Astrakhan, juniper berries from Kostroma, and so on. From Koporye (which is near St. Petersburg), they brought epilobium, which was also used as a cheap substitute of Chinese tea.

On problems associated with medical herbs

One of the major problems has to do with the concentration of the active agents. We can't guarantee that every plant will have the same concentration. This is why we now buy aspirin, as we know for sure that each pill contains 0,5 grams of the active ingredient. In theory, we could go and pick some white willow bark, brew it and use as an antipyretic. Still, its effect will be impossible to control. In some cases, there can be harmful side effects, like liver damage.

Another problem is that many plants are poisonous. Such problems existed earlier, and still do. For example, there's a plant called birthwort. It is quite popular in traditional Chinese medicine and was once actively used by fat reducing clinics. At the end of the 20th century, patients in a particular clinic in Belgium started suffering from kidney diseases and even tumors. It took about ten years for the toxicologists to study the problem and prove that these problems were associated with Chinese food supplements that contained aristolochic acid, which can be found in birthwort. Now, the acid is banned in most countries.

On the use of marijuana in medicine (18+)

First things first, we aren't talking about recreative use here. In this regard, our position is adamant: we have enough legal drugs as it is. No thank you.

The American Medical Association (AMA) and the American College of Physicians (ACP) state that there's more research to be conducted. I agree with the latter: we need more research, as we may stumble upon something useful.

Still, there are some other statistics that you may find interesting: in countries where medical marijuana is legal, the use of opium-based medications is excessive. About 20% of patients in the USA who suffer from pain or symptoms of oncological diseases are prescribed narcotic opioids. For example, if you have a toothache, the dentist will prescribe three pills: a broad-spectrum antibiotic, an antidepressant and an opioid. Same goes for patients with a bad back.

In 2012 only, American physicians prescribed 259 million prescriptions, i.e. it is as if every adult American got a pack, and in the last 15 years, 165,000 people died from an overdose. There is a good chance that switching to marijuana-based drugs will help decrease this number. By doing that, we'll choose the lesser of two evils.

Marijuana contains tetrahydrocannabinol (THC), which is psychoactive and can affect our brain in a bad way. According to research from 2016, THC disinhibits the hippocampus, the component of the brain that is responsible for memory, learning and other important functions. The person stops seeing the whole picture and concentrates on something particular. Kittens, for instance.

According to research conducted on mice, it is mostly the youngsters who suffer from these effects, those whose brain is yet underdeveloped. Another side-effect from taking marijuana is depression, i.e. a drug that has to work as an antidepressant prevents a person from relaxing.

Still, you can find many research on the benefits of marijuana on the Internet. For one, it is said to help with the Tourette syndrome. Nevertheless, a keen reader will notice many understatements. For instance, in particular studies, patients who started to feel bad or ask for the drug too often were excluded. From a scientific standpoint, something like this is simply a ruse.

Surely, there are already drugs that contain THC. But those are used in particularly rare cases only. For example, to treat anorexia that is associated with losing weight on the background of chemotherapy.
On the whole, we need more research. We can't ignore the potential of plant resources that contain effective agents. The problem with those derived from marijuana is that they are quite strong, but their side effects outweigh their potential benefits.

So at least for now, there won't be any normal drugs based on these substances. It's quite possible that marijuana will continue to be used as an analgesic in countries where there's a lack of such medications. Still, this isn't the case with Russia. Here, it has only been recently that they've started to prescribe strong analgesics to people with severe diseases such as cancer or neuropathic pain. So, it's highly improbable that we'll have medical marijuana any time soon.