Music has long been a topic of research, and 2018 was no exception. This article by ITMO.NEWS features a selection of research projects that focus on how music affects your brain, helps you learn languages, impacts your food choices, as well as how people with different levels of empathy respond to music, and why heavy metal is beneficial for your health. Read on to learn the details. 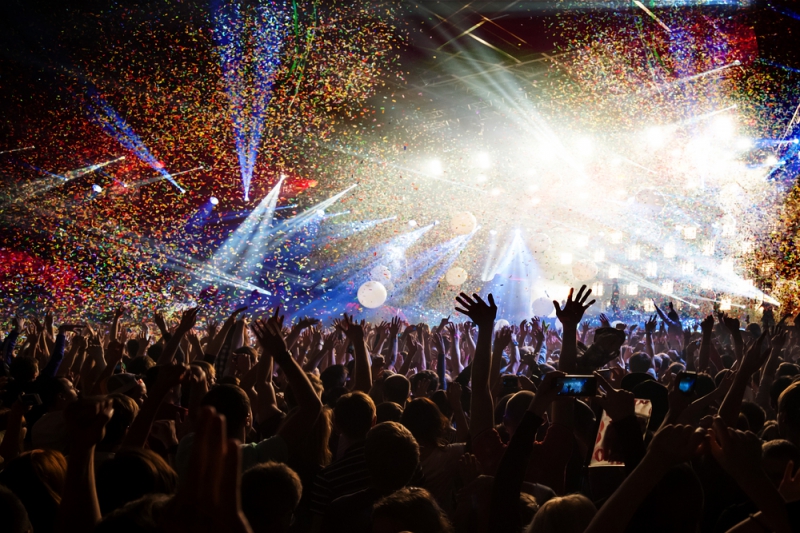 1. Heavy metal can be good for your mental health

Paula Rowe and Bernard Guerin from the University of South Australia have recently studied the function of metal music in the identity development, social orientation, and emotional experiences of teen listeners.

It’s widely believed that metal music leads to mental health issues and provokes aggressive behavior in young people. However, their study called ‘Contextualizing the mental health of metal youth: A community for social protection, identity, and musical empowerment’ showed the opposite: heavy metal music can actually be extremely beneficial for your head.

Rowe and Guerin interviewed 28 Australian metalheads aged 18-24 years (23 men and 5 women). Four primary themes emerged in analyzing participants’ reported relationships to metal music: all participants experienced some form of bullying at school at the time they embarked on becoming metal music fans; they all mentioned the power of the listening experience; all participants constructed a sense of belonging to the global metal community, and finally, they all described how listening to metal brought about a sense of social protection and even helped them make friends.

The researchers found that metal not only provides a form of escape and release to the youth but also provides a kind of informal therapy and helps them cope with social problems.

According to a new study by Goldsmith University’s associate lecturer Patrick Fagan, regularly attending live gigs can expand your lifespan by nine years. The study also says that 20 minutes at a show ‘can lead to a 21% increase in that feeling of well-being’.

To determine the results of the study, test subjects participated in psychometric testing and heart rate tests. Results showed that people who attended concerts had an increase of 25% in feelings of self-worth and closeness to others and a 75% increase in mental stimulation.

Many studies have shown that musical training can enhance language skills by improving children’s ability to distinguish different pitches. However, it was unknown whether music improves general cognitive ability, leading to better language proficiency, or if the effect of music is more specific to language processing.

A new study by MIT researchers has demonstrated that piano lessons have a very specific effect on kindergartners’ ability to distinguish different pitches, which leads to an improvement in discriminating between spoken words. However, the piano lessons did not appear to have any benefit for overall cognitive ability, as measured by IQ, attention span, and working memory. The research indicated that the kids didn’t have better cognitive skills in general, but they did show some improvements in word discrimination, particularly for consonants.

Previous studies have indicated that musicians usually perform better on tasks such as reading comprehension, distinguishing speech from background noise, and rapid auditory processing. However, most of these studies have been conducted by asking people about their past musical training. The MIT researchers wanted to perform a more controlled study in which they could randomly assign children to receive music lessons, and then look at the effects.

The 74 children participating in the study were divided into three groups: the first received 45-minute piano lessons three times a week; the second received extra reading instruction for the same period of time, and the third received neither intervention. All children were 4 or 5 years old and spoke Mandarin as their native language (the study was conducted at a school in Beijing).

After six months, the researchers tested the kids’ ability to discriminate words based on differences in vowels, consonants, or tone (many Mandarin words differ only in tone). Better word discrimination usually corresponds with better phonological awareness. Children who had piano lessons showed a significant advantage over children in the extra reading group in discriminating between words that differ by one consonant. Children in both the piano group and extra reading group performed better than children who received neither intervention when it came to discriminating words based on vowel differences.

The researchers also used electroencephalography (EEG) to measure brain activity and found that children in the piano group had stronger responses than the other children when they listened to a series of tones of different pitch. This indicates that a greater sensitivity to pitch differences is what helped the children who took piano lessons to better distinguish different words, which is crucial for language learning.

4. Music affects what you order in restaurants

A new research conducted by researchers from the University of South Florida suggests that the choices you make when dining out are not entirely your own, as you may be influenced by the music playing in the background. According to the research, people are more likely to pick unhealthy or calorie-laden items like cheeseburgers or fried potatoes when the music playing around them is loud, and healthier things like salad when softer music was played in the background. The thing is that low-volume music makes you more relaxed and mindful, while high-volume music makes you more excited and nervous, leading to you choosing something more indulgent.

The study was carried out in a cafe in Stockholm (Sweden), where the researchers played the same playlist first at 55 and then at 70 decibels. The experiment showed that 20% more guests were prone to ordering something unhealthy when the volume was high, compared to those having dinner when the music was low.

Those who deeply grasp the emotions of other people process music differently in their brains, according to a new study by researchers at Southern Methodist University and the University of California.

The researchers found that compared to low-empathy people, those with higher empathy process music with greater involvement of the reward system of the brain, as well as in areas responsible for processing social information.

High-empathy and low-empathy people share a lot in common when listening to music, including roughly equivalent involvement in the regions of the brain related to auditory, emotion, and sensory-motor processing. However, the main difference is that unlike their low-empathy peers, highly empathic people process familiar music with greater involvement of the brain's social circuitry, which is activated when someone feels empathy for another person in real-life situations.

For those who want to contribute to the latest research in music psychology, The Music Lab at the Department of Psychology of Harvard University conducts various experiments aimed at learning how the human mind creates and perceives music. To take part in their research, just play one of several five-minute games: for example, in one game you have to tell what a song is used for even when you have no experience of the culture that made it, while in another you can test your pitch perception.