March 8 is the day when women’s organizations around the world celebrate women’s rights and achievements. According to the UNESCO Institute for Statistics, though women constitute just about 30% of scientists (about 40% in Russia), their role can hardly be overestimated. In this article, we write about women who made remarkable scientific discoveries and launched important projects in 2018. 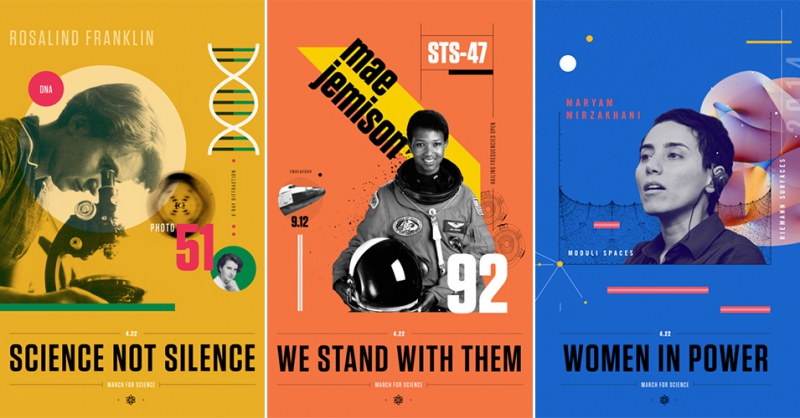 2018 marked the first time when women received the Nobel Prize both in Physics and Chemistry. A total of three women made it to the list of Nobel laureates this year.

Canadian scientist Donna Strickland became the first woman in 55 years and the third woman ever to win the Nobel Prize in Physics, which she shared with her research partner from France Gérard Mourou and American scientist Arthur Ashkin. Two separate inventions were recognized by the Nobel Committee: Arthur Ashkin was awarded the Prize ‘for the optical tweezers and their application to biological systems’, while Donna Strickland and Gérard Mourou got their Prize for their method of generating high-intensity, ultra-short optical pulses.

The optical pulses Strickland and Mourou were working on are used in laser eye surgery and even cancer treatment. According to the Royal Swedish Academy of Sciences, this invention, together with Ashkin’s optical tweezers, which can be used for trapping and moving tiny objects such as viruses, bacteria, and cells, took laser physics to a new level.

The 2018 Chemistry Nobel Prize was awarded to Frances Arnold, an American chemical engineer and the Linus Pauling Professor of Chemical Engineering, Bioengineering and Biochemistry at the California Institute of Technology (Caltech), who has become the fifth woman in history to receive this prestigious award.

Frances Arnold was honored for her work on the directed evolution of enzymes. She came up with a technology which allows for the modification of DNA to make cells produce new enzymes that foster chemical reactions and have multiple applications. The enzymes created by Dr. Arnold can replace toxic chemicals in the production of biofuel, drugs and washing powders. Frances Arnold received one half of the prize; the other half was awarded to George P. Smith (USA) and Sir Gregory P. Winter (UK) ‘for the phage display of peptides and antibodies’.

Nadia Murad became the third woman to receive the Nobel Prize in 2018. A 25-year-old Yazidi Kurdish human rights activist from Iraq, she was awarded for her work to try to end the use of sexual violence as a weapon of war. She shared the Prize with Congolese doctor Denis Mukwege.

L’OREAL-UNESCO ‘For Women in Science’ winners

In 2018, a total of ten women scientists from different Russian cities became the winners of the L’OREAL-UNESCO ‘For Women in Science’ contest. The list of winners is headed by Elena Anashkina, a senior research associate at the Institute of Applied Physics of the Russian Academy of Sciences. Her research interests lie in the field of laser generation and optical signals processing.

Among other L’OREAL-UNESCO ‘For Women in Science’ winners is ITMO University chemistry professor Ekaterina Skorb. The scientist’s research is at the intersection of chemistry and information technologies.

In her research, Ekaterina focuses on chemical processes and functional materials that can change their structure depending on the environment you put them in. According to the scientist, this technology can be used in many areas, such as self-healing gels, capsules for drugs and smart implants, solar energetics, and artificial ion channels. Apart from that, these technologies can facilitate the development of biocomputers.

The L'Oréal-UNESCO For Women in Science program was founded by UNESCO and the L'Oréal company in 1998 with the aim of supporting women in science and telling the world about their achievements. Over the course of 20 years, a total of 102 women have been awarded the prize, including three Nobel laureates: Ada Yonath, Elizabeth Blackburn, and Christiane Nüsslein-Volhard.

At the very beginning of 2018, a group of women scientists launched a project called Request a Woman Scientist, aimed at reducing the imbalance between the number of men and women in science.

Request a Woman Scientist is a global database of women scientists who are keen to speak publicly about their work and communicate with other scientists, journalists, and public officials.

In just a week after the launch of the project, over 2,500 women from 78 countries, from students to professors and PhDs, left their names on the website. The biggest number of women (1,550) were from the USA, then comes the UK with 227 registered women, then Canada (149), Australia (131), Germany (37), India and other countries.

In two weeks after the launch (February 1, 2018), the list grew to 3,500 women from 93 countries. The participants of the project work in different fields, from astrophysics, volcanology, herpetology, biogeochemistry, photonics, and combinatorial theory to neuroprosthetics, group decision making, health justice, and so on.

Maria Stepanova is a Russian poetess, writer, and editor. Her book In Memory of Memory, which was published in 2017, was acclaimed by many critics as one of the most important texts written in Russian in the past few years. In 2018, Maria Stepanova was awarded the Big Book award and became a laureate of the New Literature Prize.