An Expert’s Opinion on the Future of Space Exploration

For almost half a century, ever since the end of the Apollo program in 1971, humans haven’t gotten any higher than 600 kilometers above the Earth’s surface. However, some scientists believe that we may soon see a new era of space exploration. Among them is Dmitry Oliferovich, a journalist and science communicator, who gave an open lecture on Cosmonautics Day and spoke about the construction of a space station on the Moon’s orbit and sending humans to Mars. ITMO.NEWS publishes the highlights of the lecture. 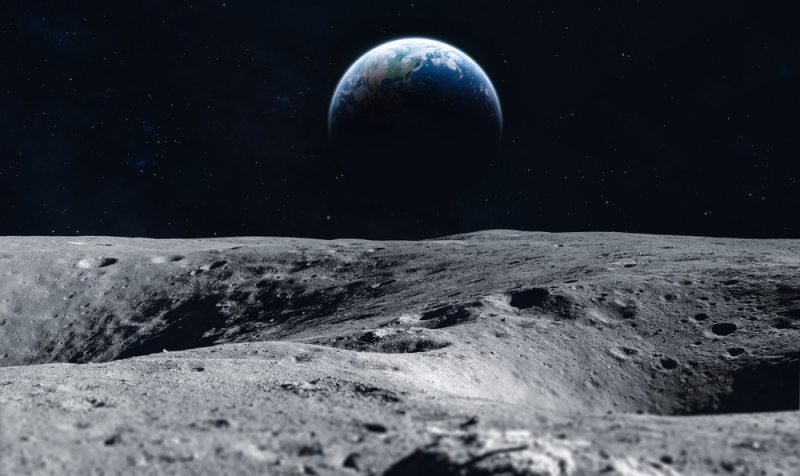 In the past few years, we’ve sown the seeds of what can ultimately turn into something like human colonies on the Moon, the ones we’ve been dreaming about since we were kids. It’s been almost a decade since the launch of the Space Launch System (SLS) project, an American Space Shuttle-derived super heavy-lift expendable launch vehicle. Its goal is to launch NASA’s new spacecraft Orion to the Moon.

The new spacecraft has an Apollo-like design but will be considerably bigger. While there will be room for six astronauts, the vehicle is intended to carry a crew of four astronauts to the Moon. Orion’s first flight is scheduled for July 2020. This is when the spacecraft will fly to lunar orbit and remain there for approximately ten days. Unfortunately, this first mission will not include a human crew.

Gone are the days when NASA was allocated four percent of the federal budget to build their own space system. Orion will be half-European: the segment containing the spacecraft’s engine, onboard power-supply system, and solar cells is developed together with the European Space Agency.

Though there were delays in the rocket’s development, the Trump administration has directed NASA to launch Orion in accordance with the schedule. That’s why it’s not yet clear what rocket will be used for the launch: SLS or SpaceX’s Falcon Heavy.

Why we need Orion

The main purpose of the Orion Multi-Purpose Crew Vehicle is to deliver people to an international lunar-orbit space station, which is now being developed under the working title of the Lunar Orbital Platform-Gateway and is intended to serve as a solar-powered communications hub, science laboratory, short-term habitation module, and holding area for rovers and other robots.

The project is conducted by NASA in collaboration with Roscosmos, ESA, and the space agencies of Japan and Canada. Each participant is responsible for the development of a particular module. Among the first modules to launch is the Power and Propulsion Element, which will be used to generate electricity for the space station. The module’s development has already started and is now targeting launch in 2022.

Among other modules in progress right now are the Utilization Module, which will be used to store various materials and equipment, and two habitation modules: the former is developed by European and Japanese space agencies, while the latter is constructed by NASA alone.

Why we need to fly to the Moon first

The international lunar-orbit space station will serve as a starting point for the future mission to Mars. The Moon is like a playground for astronauts where they can test their systems and observe the effects of radiation on humans in space. And even if something goes wrong, it’s easy to evacuate people or send help. The first missions are scheduled for 2024 and are expected to last up to 40 days.

What is special about the new station

Unlike the Apollo shuttles, the station will be launched into a high altitude polar orbit of the Moon, calculated using the Lagrangian points, which are the points near two large bodies in orbit where a smaller object will maintain its position relative to the large orbiting bodies.

When orbiting the Moon, the station will always be flying above the lunar poles. Liquid water cannot persist on the Moon’s surface, however, there is water ice in cold, permanently shadowed craters at the Moon’s poles that was detected back in the 1990s. This ice can be used to produce fuel for the space station, eliminating the need to carry all the fuel from the Earth, which may help make the future lunar station more autonomous.

When are we going back to the Moon?

NASA has recently commissioned leading companies in the US to develop their own version of a lunar module that will be able to detach from the station and land on the Moon. Up to four crew members should be able to walk on the lunar surface, do research and look for potentially useful resources for further development of the station. Such missions will last up to two weeks. Although the initial plan did not include the landing system, it all changed a few weeks ago when the Trump administration announced its plans to send humans back to the Moon by 2024.