Social Animals: What Makes Us Human

Why is it so easy to make us repeat actions after others? What does it take to turn a well-adjusted person into a sadist? And is it possible to fight our animal instincts and become our better selves? Psychologist and science communicator Vitaly Vasyanovich, who heads the pop-sci project Zanuda (“Nitpicker”), expanded on these complex topics in a lecture at OKHTA LAB. 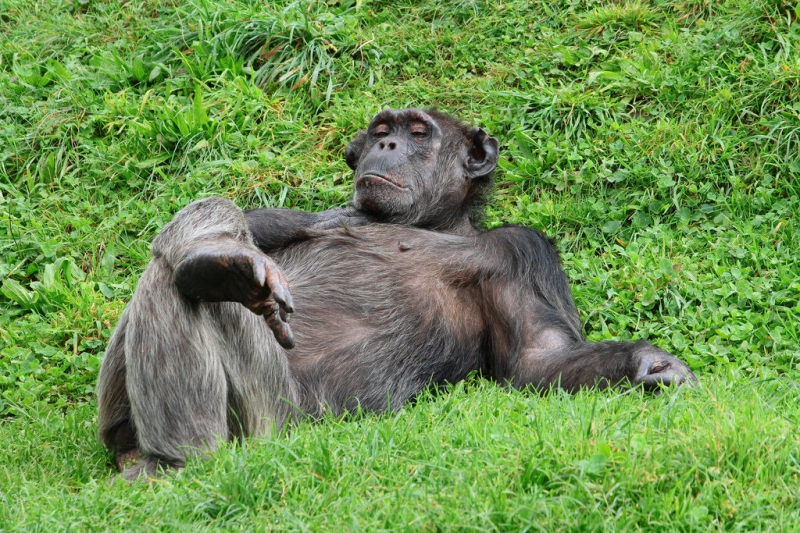 What is a human?

Imagine if an alien asked you: “How can we discern humans from all the other creatures on Earth?” Your first thoughts would probably include bipedal movement, opposable thumbs, coherent speech, abstract thinking, creativity, the meaning of life, a sense of justice, the preservation and transfer of experience...

At first glance, all these things seem fairly obvious. But there are quite a few exceptions. Speech? Take the example of feral children, who grew up with none or little human interaction, sometimes even raised by animals. One well-known example is of Dina Sanichar, the Indian “Mowgli child” who was found living with a wolf pack in 1867. The boy was taken to an orphanage and taught to walk on two legs, use cutlery, and wear cloths, but he never learned to speak. Sanichar died at 34. Notably, he did learn one other very human thing: Dina was a chain-smoker.

On the other hand, Koko the gorilla, who passed away last year, was able to learn more than 1,000 words of a modified version of American Sign Language (ASL) with the help of Stanford University researchers, and was able to not only pass on information using gestures, but even use abstract concepts such as “love”.

What about a sense of justice? Is it really specific to humans? In a rather well-known experiment, researchers taught pairs of capuchin monkeys to bring them pebbles in exchange for food. The monkeys were given a slice of cucumber for each pebble. It all went smoothly until the researchers changed the rules and began to reward one monkey with grapes while still giving the other cucumbers. Faced with inequality, the slighted capuchins stopped eating their cucumber, and in 40% of all cases even stopped participating in the exchange altogether.

In the next stage of the experiment, researchers began giving one of the monkeys grapes for nothing. On seeing that, the second monkey would often throw away its pebble in anger and only exchange it in 20% of all cases. In other words, the monkeys refused to take part in the process in order to express their outrage.

You can read more about morality among the higher primates in Frans de Waal’s book “The Bonobo and the Atheist: In Search of Humanism among the Primates”. De Waal is a professor of Primate Behavior in the Department of Psychology at Emory University in Atlanta, Georgia and the director of the Living Links Center at the Yerkes National Primate Research Center.

When psychologists try to understand what exactly is a “human”, I think of a story about the Ancient Greek philosopher Diogenes. Upon hearing of Plato describing a human as a “featherless biped”, Diogenes plucked a live chicken and showed it to his students, saying:  “Behold! I've brought you a man.” After that, Plato’s description was adjusted to “a featherless biped with broad flat nails.” I think that description could be expanded near infinitely.

What makes us different from animals is, first and foremost, our ability to pass on experience. It’s no coincidence that the invention of speech and writing are two of humanity’s greatest achievements.

People aren’t expressly known for their kindness. And some of you may have heard that children are, in fact, more cruel than adults. Why is that so? The answer was far from clear some fifty years ago, when Albert Bandura, a Canadian-American psychologist known for his writing on social learning theory, decided to tackle this subject.

His “Bobo Doll Experiment” aimed to find out whether children, provided full freedom of action and a lack of observable adult supervision, will repeat certain acts of aggression after seeing them carried out by adults. Another aim of the experiment was to understand if the viewing of violent films would affect a child’s behavior.

In one stage of the experiment, an assistant would push, throw, and punch the doll in the presence of a group of children. The experiments later proved a hypothesis that children who observed an adult behaving aggressively towards the doll were more likely to independently attack the doll than those who observed an adult behaving non-aggressively, as well as the control group children who did not observe any adults.

Public harassment, or mobbing, has been known to humanity for a long time in many forms. History has many examples of groups committing genocide upon one another. But how do people form prejudice against others? The Turkish-American psychologist Muzafer Sherif conducted a number of well-known experiments on this subject. One of his classic experiments was carried out in 1935 and employed the autokinetic effect. It went like this: the test subjects were placed into a pitch-black room, five meters away from a small light source that created an illusion of movement (due to the autokinetic effect described by H.F. Adams in 1912).

Then, the subjects were told to press a button as soon as they saw the light source move. Once the light went out, they were to state the distance over which the light had moved. In one test group, the experiment was conducted first with a group, and then with individuals; in the second test group, it was the other way around. Results showed that group discussion affected the individual assessments given later on. In essence, the people around you have the power to convince you that you’re not seeing things right.

The concept of conformity emerged in the 20th century. Social psychologists may classify four types of conformity:

External conformity: this is when you repeat others’ actions; even if you do not agree with them, you understand that these are the rules.

Internal conformity: you yourself accept the “rules of the game.”

Negativism: a quality characteristic of those who go against the majority opinion. Negativism is all about doing the opposite, and such behavior is often associated with teenagers. Negativism is anticonformity, and should not be confused with nonconformity.

Nonconformity: a term popularized by the counterculture and hippie movement, its meaning in mass culture is that of an ability to ignore the rules and make independent, conscious decisions. Russian social psychology refers to this as “collectivism”, and there is a bit of logic to that. When you know the rules of your society, you can make decisions while acknowledging their consequences. Nonconformity is the combination of views that are characteristic of the freedom to opinions and actions that run opposite to widely accepted norms and traditions.

How does conformity manifest itself experimentally? One known example goes like this: a test subject enters an elevator and joins a group of other people, who all turn and face a certain direction. The test subject, in turn, copies their actions and thus adheres to group mentality.

The social psychologist Solomon Asch had conducted a series of experiments on the power of conformity in groups. One such test asked students to take part in an “eye test”. In truth, the test aimed to test one student’s reaction to mistaken opinions held by a majority.

In this experiment, all but one participant were aware of the experiment’s nature. Sitting together in a room, they were shown different cards: the first card contained a single vertical line, and the second one contained three lines, of which only one was the same length as the one from the first card. The students’ task was quite simple: they had to say which of the three lines on the second card was the same length as the one on the first.

The test subject had to examine 18 pairs of cards and answer 18 questions; the student was the last to answer every time. Starting with the third question, the other participants would begin to answer the same wrong answer, causing confusion in the test subject. In the end, 75% of all test subjects would accept an evidently wrong opinion held by the majority.

Another similar experiment involves a group of people sitting in a room who all stand up upon hearing a signal. Eventually, an unaware test subject, too, begins to do the same. Notably, that behavior continues even when the other participants leave the room.

People are somewhat naturally partial to cruelty, and this was the subject of psychologist Stanley Milgram’s studies, who undertook his famous experiment in order to explain why the German citizens were able to complacently carry out violent and immoral orders during the Holocaust.

The test subjects were told that the experiment would study the effects of pain on memory. An actor playing the role of a student would recite words from a long list until they could remember the entire sequence, while the test subject (“teacher”) would punish the student’s every mistake with an electric shock of increasing strength – 15 volts at first, then 30, 45, and so on up to 450 volt.

In order to make the experiment seem realistic, the participants would take part in a raffle, with the test subject always getting the “teacher” role. Then, they were seated behind a table with a generator, while the “student” would sit in a separate room, strapped to a chair with electrodes. If the test subject hesitated, the experiment supervisor would encourage them to continue using non-threatening prepared lines.

The experiment showed that most subjects would reach the 450 volt mark and continue the experiment until being told to stop by the supervisor. Milgram himself described the volunteers’ behavior using the agency theory, which states that the nature of obedience is such that an individual ceases to consider themselves responsible for their own actions when following others’ orders (These days, however, numerous researchers continue to put forth their own hypotheses and provide critique of Milgram’s conclusions – Ed.).

Perks of knowing the inconvenient truth about yourself

Stanislav Drobyshevsky, a well-known Russian anthropologist, has recently gone on a tour of prisons, where he spoke about the scientific understanding of where we, humans, come from. An issue was brought up by some of whether it was a good idea to talk to prisoners about our true nature. It’s a good idea, in my opinion. Our society is prone to creating an attainable standard of the perfect human that we all strive towards. But the point of a perfect image is that it cannot be achieved, and that gives people low self-esteem.

What does Drobyshevsky do? He tells people about how good we already are. We don’t eat other humans, we know how to read and write, we have the internet, books, and a load of free time. When I listen to his stories about how humans used to live, and then look at what we have now, I feel quite “sapiens”.