Urban Environment as a Learning Laboratory

School is one of the most conservative educational structures in Russia. To solve this problem, Anastasia Rossinskaya, a PhD in pedagogical sciences and leading research associate at the Laboratory for Sociocultural Educational Practices of the Institute of System Projects at Moscow City University, proposes to stop expecting radical changes and focus on modern educational formats instead. The researcher held a workshop for St. Petersburg’s teachers, called “City as a Student Book”, where she shared about how to help school students familiarize themselves with their cities and what they can learn on their way home from school. 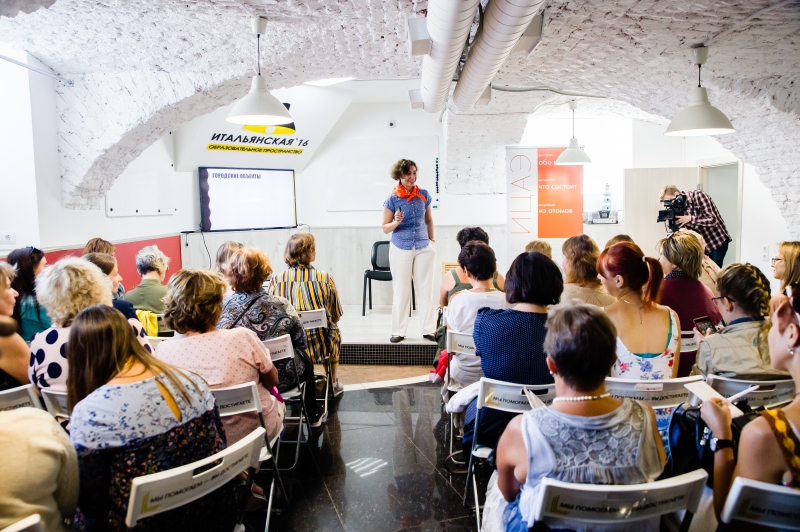 In the course of eight years, Anastasia Rossinskaya has been developing educational quests for kids of all ages. She is the CEO of the Questigra company and author of numerous educational tours of Moscow and other Russian cities. What makes her quests truly special is that they are designed not only for entertainment but also allow students to gain some practical skills. For example, learning to navigate the city, counting their budget, or talking to shop assistants and waiters.

“What we develop are off-the-shelf quests, which include a journey plan, cards with a detailed description of each task, as well as hints and a sealed envelope with the correct answers. Children can take such quests on their own or together with their parents, which means that you don’t have to bother inviting lots of people. It’s way easier to organize but equally useful,” explains Anastasia Rossinskaya.

The participants of the workshop were asked to develop a similar educational quest. Their main task was to come up with a game that would help school students master certain skills while remaining understandable and entertaining.

Anastasia Rossinskaya started her workshop with an insight into the history of technology and school education since the 19th century to the present day. When did it become obvious that in the course of two centuries, phones have evolved into portable computers, while school education almost hasn’t changed at all?

“It seems that school education is developing, there are many new interesting things going on, but its basic principles remain the same. Why is that?” asked the researcher.

According to Anastasia Rossinskaya, the main problem is the distance between the school and real life. All these desks, pointers and strict rules are not what children will encounter in their real lives when they grow up. Instead, there are some skills that would come in really handy, such as time management and teamwork skills, the ability to think creatively, basics of financial management, and so on.

Anastasia noted that school time is not about getting ready for real life. It is real life. That’s why education should be aimed at helping kids solve practical problems, and the urban environment can teach them a lot.

Looking for street lamps and traces of Italy in St. Petersburg

The lecture ended with a small practical assignment. Participants were split into several groups and asked to choose a single object that could be used in a quest.

The quests were developed in the format of extra-curricular individual lessons so that children could discuss different things in the classroom, share their experiences and impressions, and most importantly, learn to love their city.